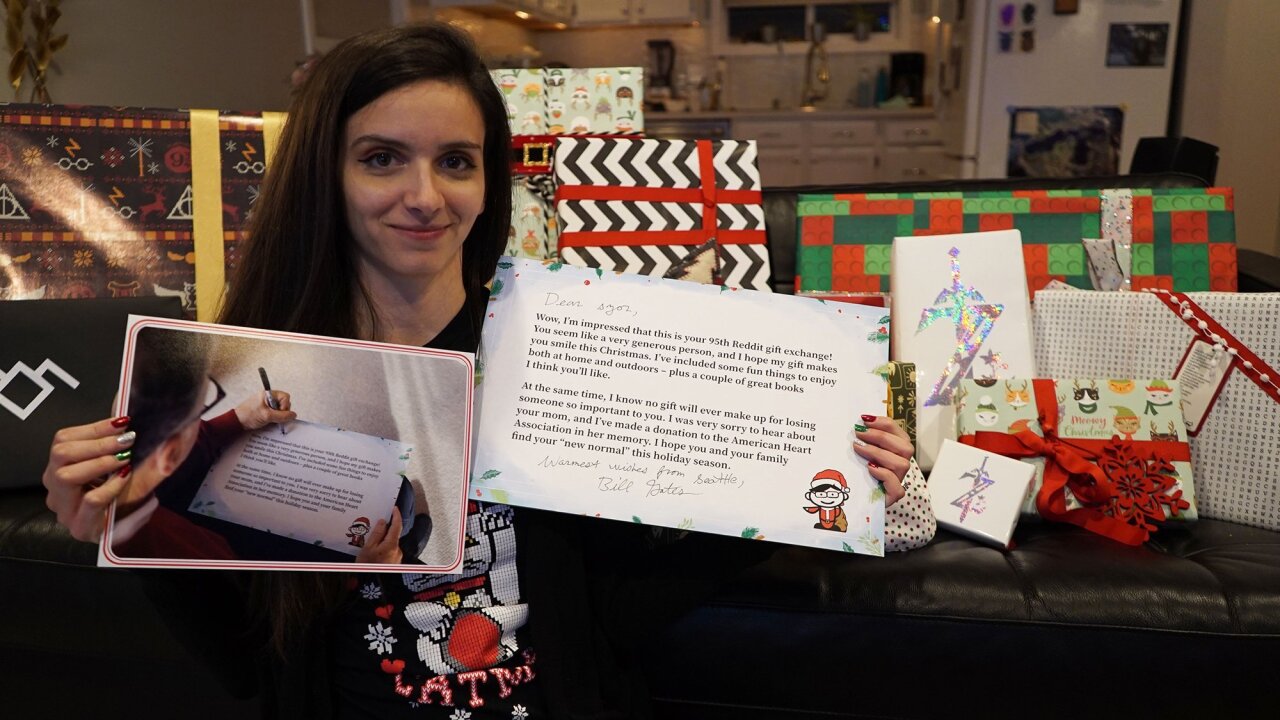 The gifts included an original manuscript of “The Great Gatsby,” signed by Gates; books; toys for her cat and Harry Potter and “Twin Peaks” memorabilia, according to her post on RedditGifts.com. It arrived in a box lit up inside by Christmas lights.

Shelby, who asked that her last name not be shared, received the gift through annual Secret Santa exchange on RedditGifts, which hosts dozens of themed exchanges each year. The site is run by Reddit, which runs the popular discussion site by the same name.

“It’s well documented that Bill Gates has been participating for years, but I never, ever thought he would be my Secret Santa,” Shelby said. “It’s really surprising.”

A spokesperson for Reddit confirmed that Gates sent the package. The billionaire has participated in the exchange since 2013.

Shelby said she suspected something when she received a notification on December 17 that her gift was being overnighted.

When she showed up at the FedEx office the next day to pick up the package, she said the employees were excited, shouting “You’re the Bill Gates package!” according to her post.

Shelby said this was the 95th time she has participated in a gift exchange on the website. Her package arrived emblazoned with “#95.”

The gift came after a difficult year for Shelby. Her mother died unexpectedly 10 days before her wedding in April.

The gifts included an original manuscript copy of “The Great Gatsby,” memorabilia from the television show “Twin Peaks,” and cat toys.

Shelby said the most personal gift from Gates was a donation in her mother’s memory to the American Heart Association. Her family had requested donations to the AHA after her mother’s funeral.

“I was really touched by it. It was really thoughtful,” Shelby said. “I had mentioned in my Reddit gift questionnaire that my mom had passed away, but I hadn’t mentioned the AHA at all.”

She shared her joy both in a post on RedditGifts and also two YouTube videos, proudly showing off her signed note from Gates.

“I know no gift will ever make up for losing someone so important to you,” Gates’ note said. “I hope you and your family find your ‘new normal’ this holiday season.”