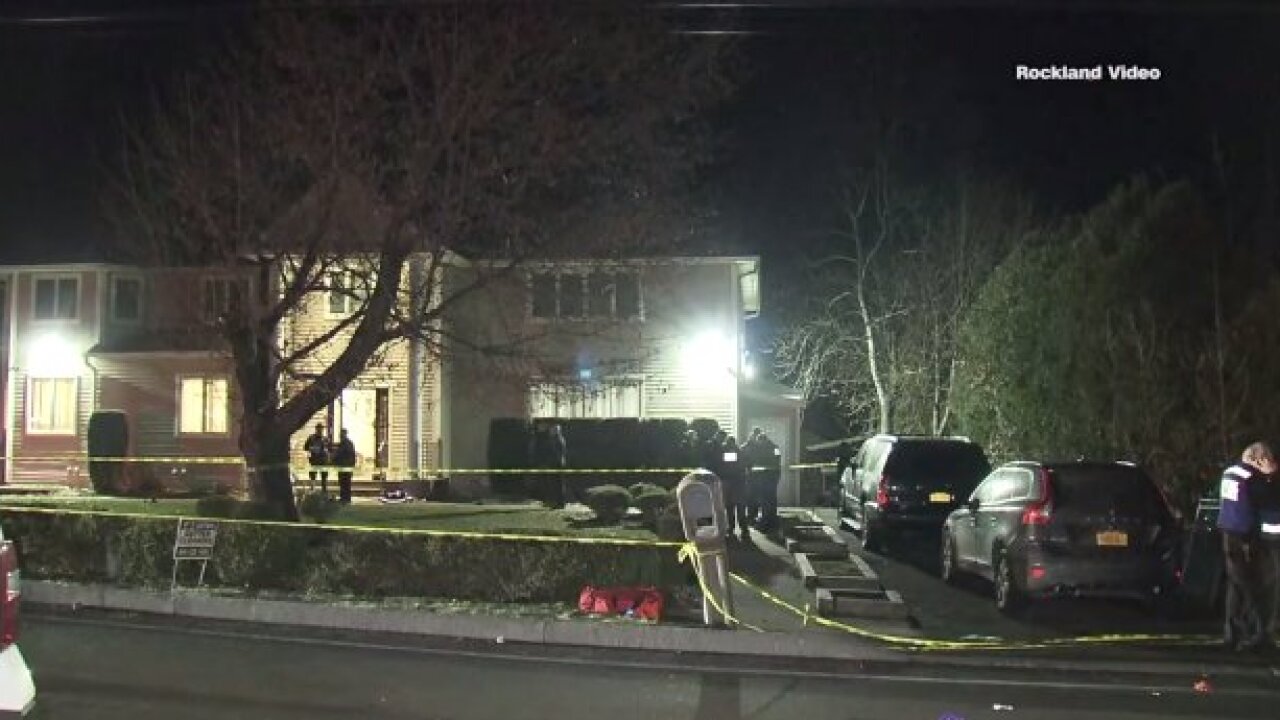 The suspect in a string of stabbings during a Hanukkah celebration at a rabbi’s Monsey, New York, home was found with “blood all over him,” a law enforcement source with direct knowledge of the case told CNN on Sunday.

Thomas Grafton was driving a Nissan Sentra across the George Washington Bridge into New York City when police identified his license plate about 11:45 p.m. Saturday, the source said without elaborating.

Ramapo officers picked him up and transported him upstate, the spokeswoman said. Monsey is a hamlet within Ramapo.

Five people were taken to hospitals near the rabbi’s home after a man entered the Hanukkah celebration in the New York suburb and began stabbing people, according to police and witnesses.

The attacker pulled out a knife that was “almost like a broomstick,” said Aron Kohn, who attended the Hanukkah celebration.

There were at least 100 people in the home at the time, as the rabbi was “lighting the candle” on the seventh night of Hanukkah, Kohn said.

The suspect tried to run into a nearby synagogue, but someone closed the doors, Kohn added.

Rockland County — where the stabbing took place — has the largest Jewish population per capita of any US county, according to New York state. More than 30% of its residents are Jewish.

A latest in a string of attacks

The stabbing was “the latest in a string of attacks against members of the Jewish community in New York (state) this week,” New York Gov. Andrew Cuomo said.

“Let me be clear: Anti-Semitism and bigotry of any kind are repugnant to our values of inclusion and diversity, and we have absolutely zero tolerance for such acts of hate,” the governor said in a statement.

He directed the state’s Hate Crime Task Force to investigate the incident. The Anti-Defamation League of New York was heading to the scene to learn more and coordinate with law enforcement, the group said.

Evan Bernstein, the ADL’s director for the New York/New Jersey region, is dismayed by the rise in anti-Semitic attacks in New York and demanded solutions, which he said go beyond policing. Of particular concern, he said, is that many orthodox and ultra-orthodox communities aren’t using the types of technology that facilitates reporting and awareness of these types of crimes.

Police will increase visits to houses of worship and “other critical areas in the community,” he said.

Israel’s President Reuven Rivlin was”shocked and outraged” by the stabbing, he said in a statement to CNN.

“The rise of anti-Semitism is not just a Jewish problem and certainly not just the State of Israel’s problem. We must work together to confront this evil, which is raising its head again and is a genuine threat around the world,” the statement said.

“We will work together in every way with the local authorities in order to help eliminate this phenomena. We offer our help to all countries,” he said at the start of the weekly cabinet meeting.

‘We cannot overstate the fear people are feeling’

As authorities began investigating the stabbings, officials shared messages of solidarity and resilience.

There is “zero tolerance for acts of hate of any kind and we will continue to monitor this horrific situation,” New York Attorney General Letitia James said in a tweet “I stand with the Jewish community tonight and every night.”

Added de Blasio, “Many Jewish families in our city have close ties to Monsey. We cannot overstate the fear people are feeling right now.”

“We will NOT allow this to become the new normal,” the mayor tweeted. “We’ll use every tool we have to stop these attacks once and for all. The NYPD has deployed a visible and growing presence around Jewish houses of worship on the streets in communities like Williamsburg, Crown Heights and Boro Park.”

The ADL will be working with leaders in orthodox and Hassidic communities to improve their reporting mechanisms, Bernstein said.

“There’s a fear of reporting. There’s a fear of retaliation, or they just don’t have the understanding of how to report,” he told CNN. “So what happens is in a place like here in Rockland County, you maybe will only show a few or handful of incidents that have taken place … when in reality — we believe, based in our conversations with orthodox leadership — there’s far more of that happening.”

“We are outraged because the answer is clear: the Jewish community NEEDS greater protection,” Greenblatt tweeted, demanding more protection for Jewish communities and consequences for the perpetrators of the attacks. “Whether worshiping in synagogue, shopping in the supermarket or celebrating at home, Jews should be safe from violence.”