Ford says reservations for its first-edition electric Mustang are full 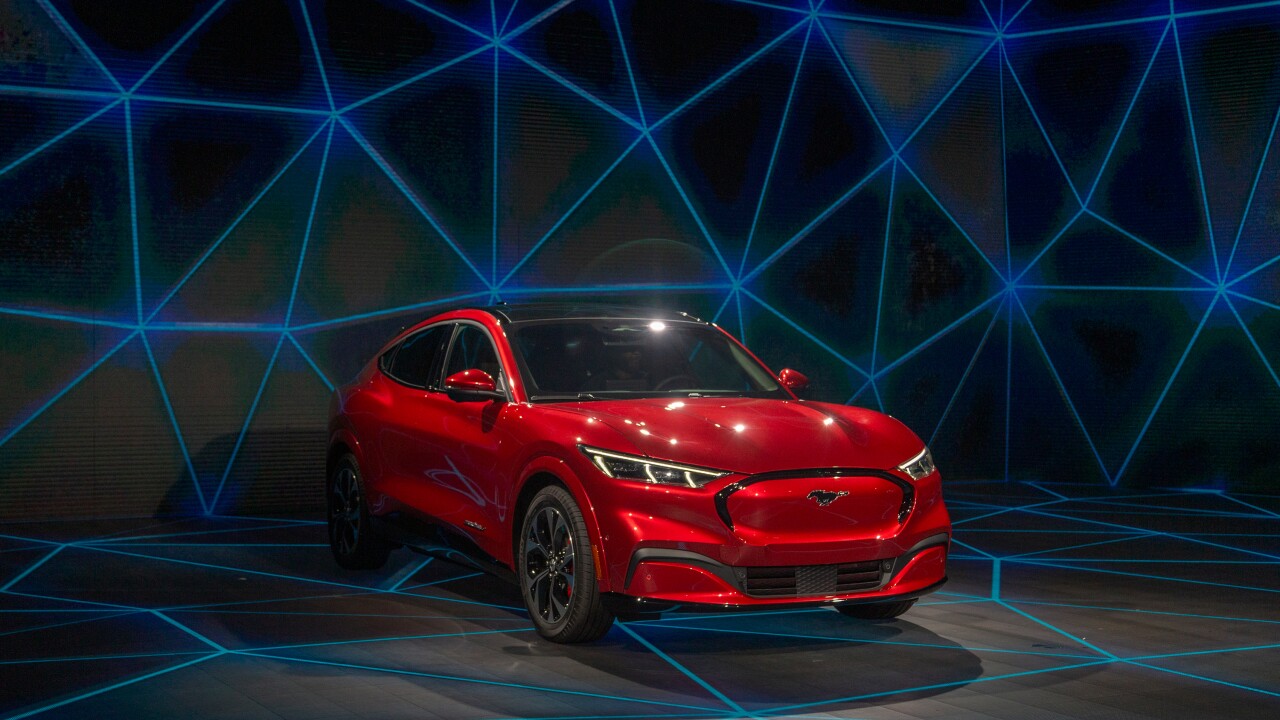 Ford is no longer taking orders for the first edition of its new electric Mustang, the Mach-E.

The company will still be taking pre-orders for other versions of the crossover, including premium and GT, according to a press release.

Ford unveiled the Mustang Mach-E in November and began taking $500 refundable reservations before the Mach-E makes its debut next year.

And like the comparable Tesla models, the Mach-E will have quite a bit of power and speed to help lure sports car lovers.

The Mustang Mach-E GT Performance models will get an estimated 459 horsepower from two electric motors, one powering the back wheels, the other powering the front, Ford claims. The motors should be able to make the Mach-E go from zero to 60 miles per hour in roughly 3.5 seconds, a time similar to a Porsche 911 GTS. The Tesla Model 3 Performance, meanwhile, produces 450 horsepower, and the upcoming Model Y SUV is expected to share much of the same engineering.

More than 80% of the people who have placed Mach-E orders so far have opted for the extended range battery, which Ford says can give the car up to 300 miles of range, according to a company statement. The standard range version will run for about 239 miles.

Introducing an electric Mustang is just the latest indicator of Tesla’s influence in the auto industry and the growing popularity of electric cars.

Besides the upcoming SUV, Ford is also developing an all-electric version of the F-150 pickup. In order to have the greatest impact, the company is starting its electric vehicle rollout with models tied to its most famous brands, Mustang and F-150, Ford executives said.