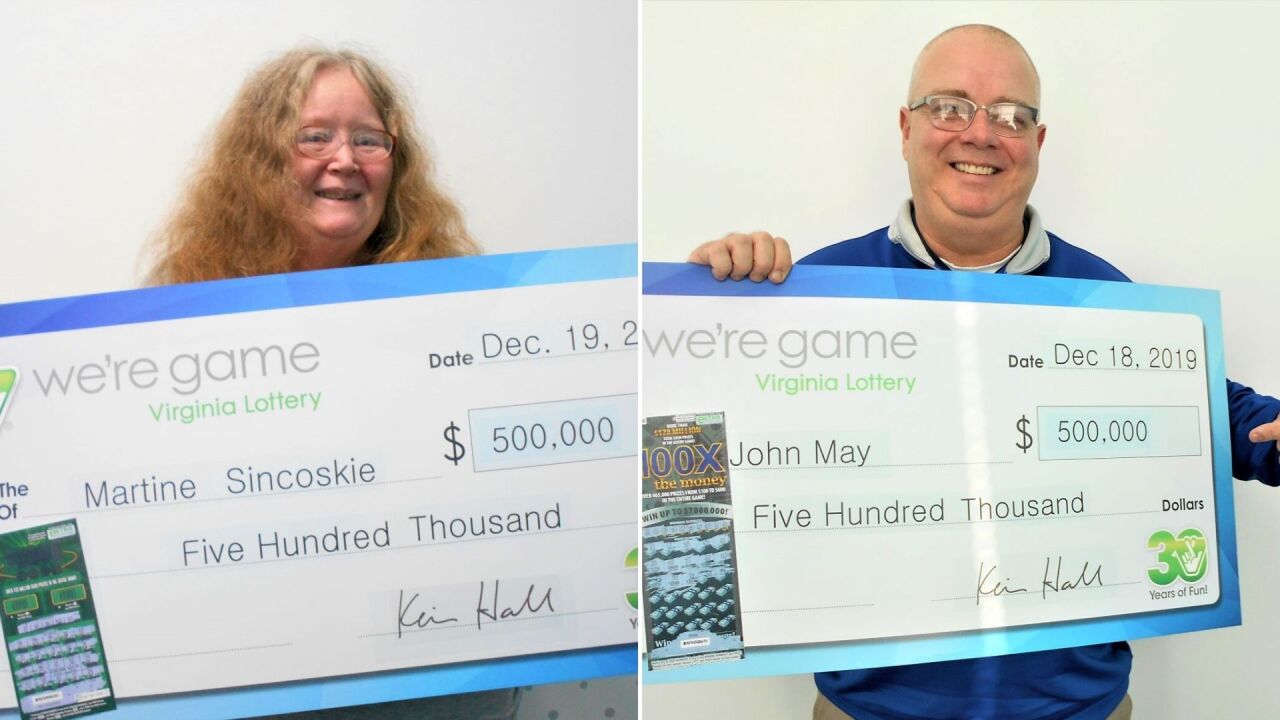 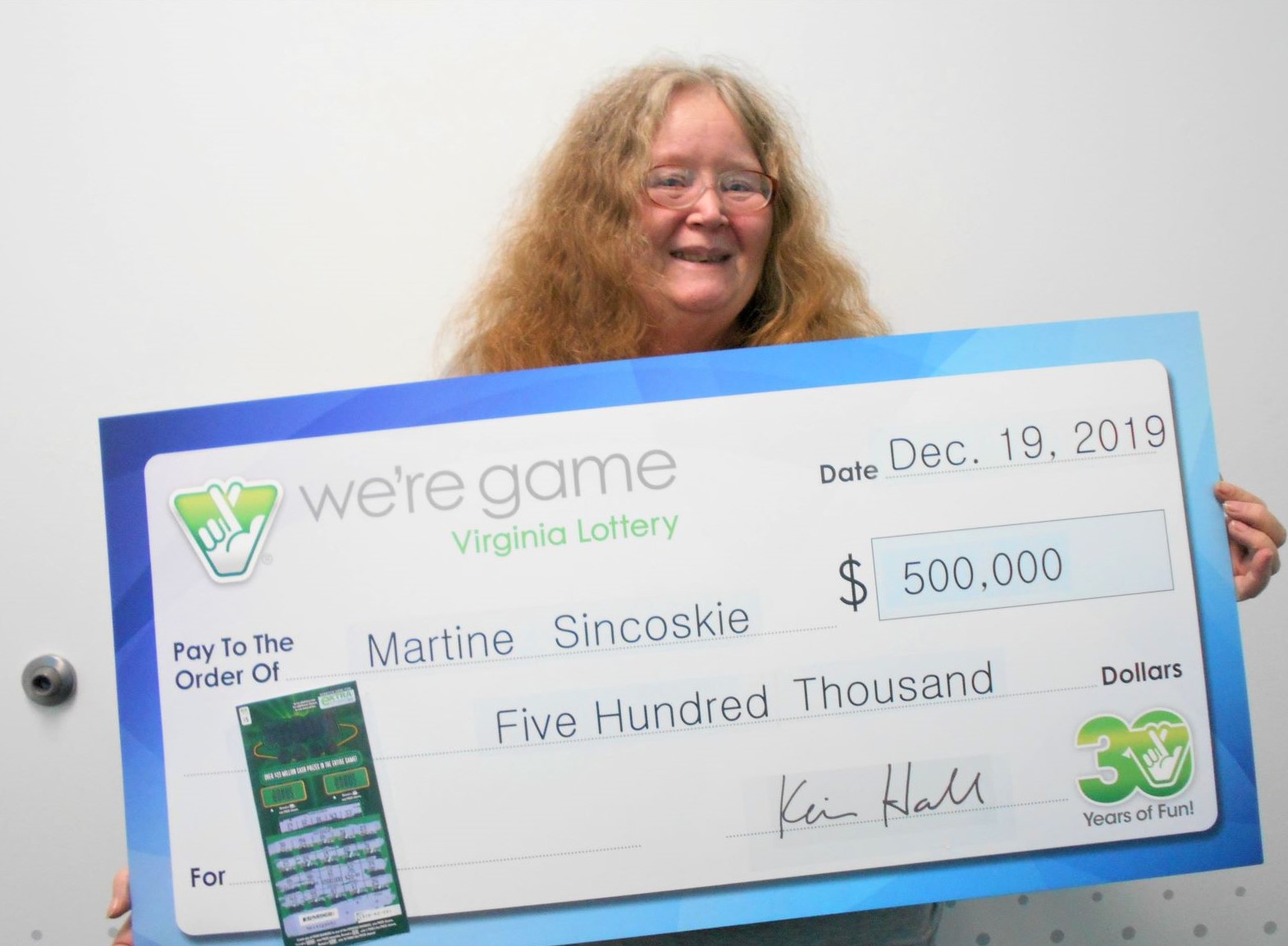 GLOUCESTER Co., Va. – The Virginia Lottery has announced that there were two big lottery winners in Gloucester County and Poquoson.

Martine Sincoskie from Poquoson is the sort of person who collects school supplies for local students in need. Now, in a case of “good things happening to good people,” the Poquoson woman has won $500,000 playing the Virginia Lottery’s 100X The Money scratcher game.

It happened with a ticket she bought at Quick Mart, 212 Wythe Creek Road in Poquoson.

The retiree said she plans to put some of her winnings away for her grandson’s college education. The winning ticket was bought in Poquoson, which received more than $569,000 in lottery funds for K-12 education last fiscal year.

As a beer distributor, John May from Gloucester County spends a lot of time in convenience stores for his work. Hayes man won $1 million with a Virginia Lottery Scratcher ticket in June of 2018. Now he’s won big again!

He bought a 100X The Money ticket at J & G Food Mart, located at 1502 27th Street in Newport News, took the ticket out to his vehicle to scratch, and discovered he’d won big!

“I said, ‘Man, I think I just hit something good!’” he recalled as he claimed his prize.

For more information and a complete list of lottery funds distributed to Virginia school districts, visit the Virginia Lottery’s Giving Back page.