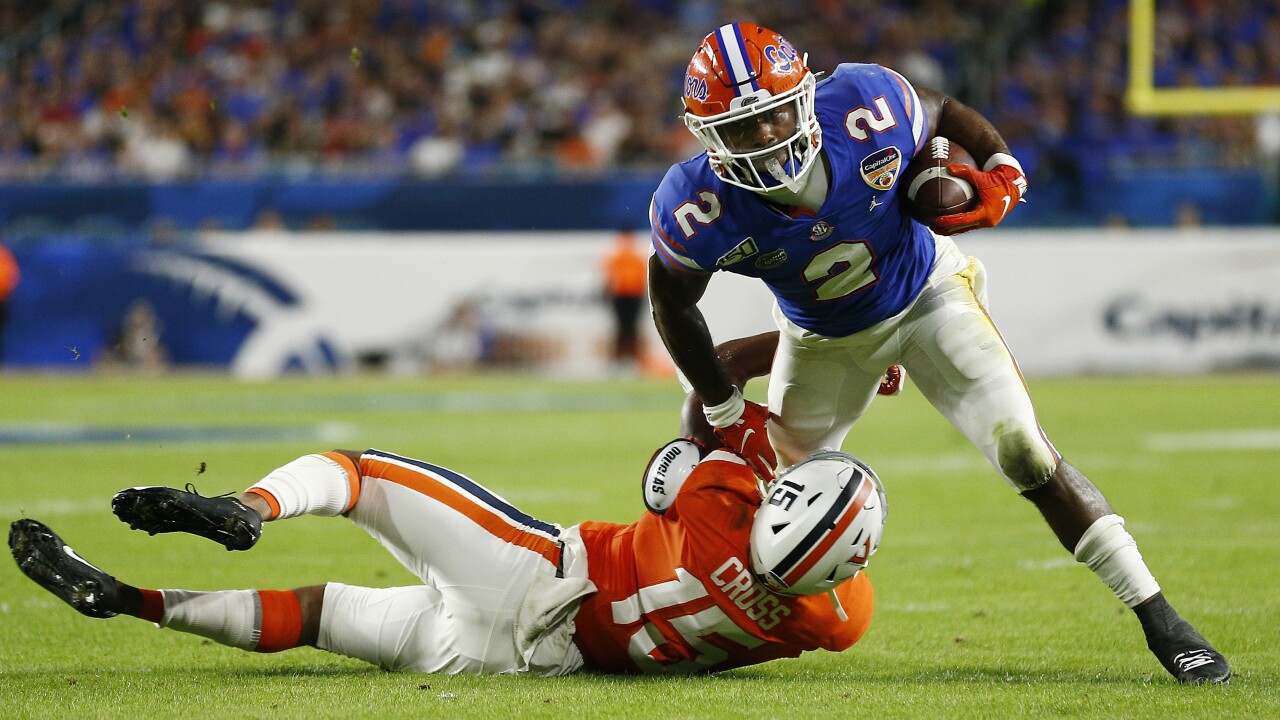 After falling behind by seven points just 40 seconds into their first-ever Orange Bowl, the Virginia Cavaliers, despite being two touchdown underdogs, refused to go quietly into the humid, south Florida night. In an entertaining Orange Bowl, No. 24 UVA (9-and-5) couldn’t catch ninth ranked Florida (11-and-2) in the end as the Gators prevented Virginia from achieving its second 10-win season in program history with a 36-28 victory.

UVA senior quarterback Bryce Perkins threw a career-high four touchdown passes in a losing cause. Additionally, he tossed for 323 yards in his final game for the Cavaliers.

Florida running back Lamical Perine’s 61-yard touchdown run 40 seconds into the first quarter was one of his four TDs on the game. He was voted the MVP of the game. Virginia answered the Gators’ first two scores with a pair of first quarter touchdowns of its own. The Gators led 24-14 at the half.

After being held scoreless in the third quarter, UVA scored two touchdowns in the fourth quarter to pull to within one score of the 11-win Gators.