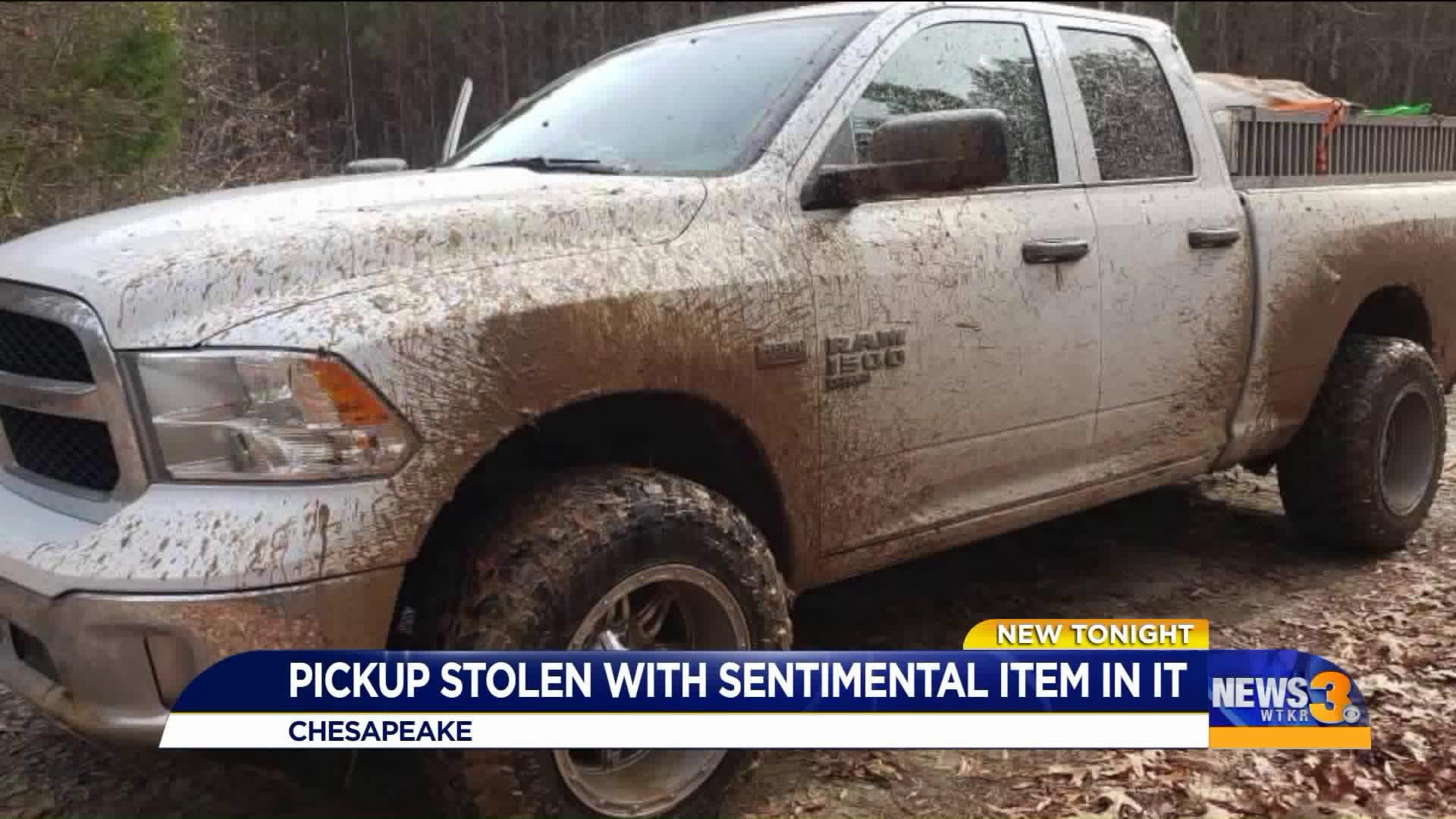 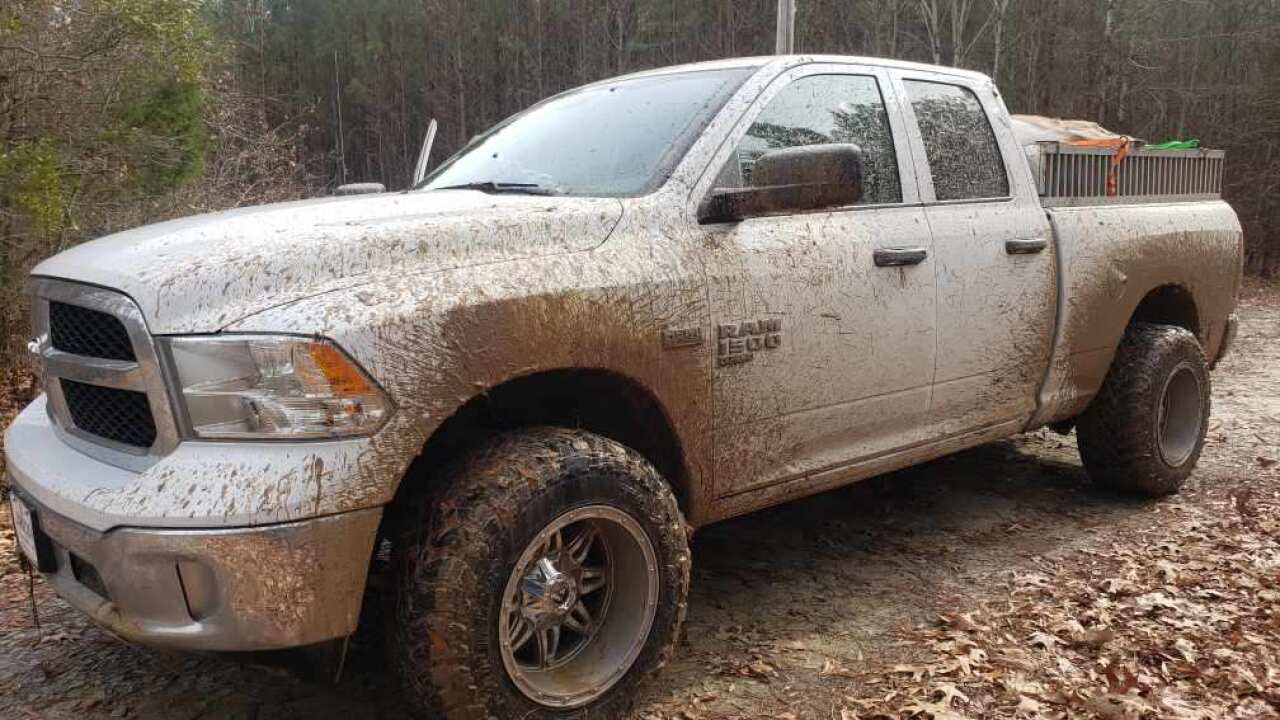 CHESAPEAKE, Va. - Gene Williams had been watching the new "Jumanji" movie Sunday night with his wife and a friend. He came out of the movie theater to discover his pickup truck had been stolen.

"I was enraged when I saw my truck was gone," Williams told News 3. It all happened in the parking lot of the Cinemark at Chesapeake Square Mall. Williams says someone broke in by smashing a window; then, they found a spare key and stole the truck.

Chesapeake Police say they have reports for two vehicles being broken into and another being stolen in the area at the time.

Adding insult to injury, Williams had a bunch of hunting-related tools in the truck and two guns. One of the guns is a shotgun with sentimental value because it belonged to his late father. "I was going to teach my kid how to hunt and pass it down to him or her," he said. "Now I can't do that."

His truck is very recognizable. It's a white 2019 Dodge Ram with custom wheels and tires. It's covered with mud.

"I would just love to see my guns and truck come back," he said. "I know it's probably far-fetched now, but I'd love to have my truck. I worked hard for that."

Wednesday, News 3 learned that Williams' truck was reportedly found in Portsmouth. However, his belongings were not inside the vehicle.