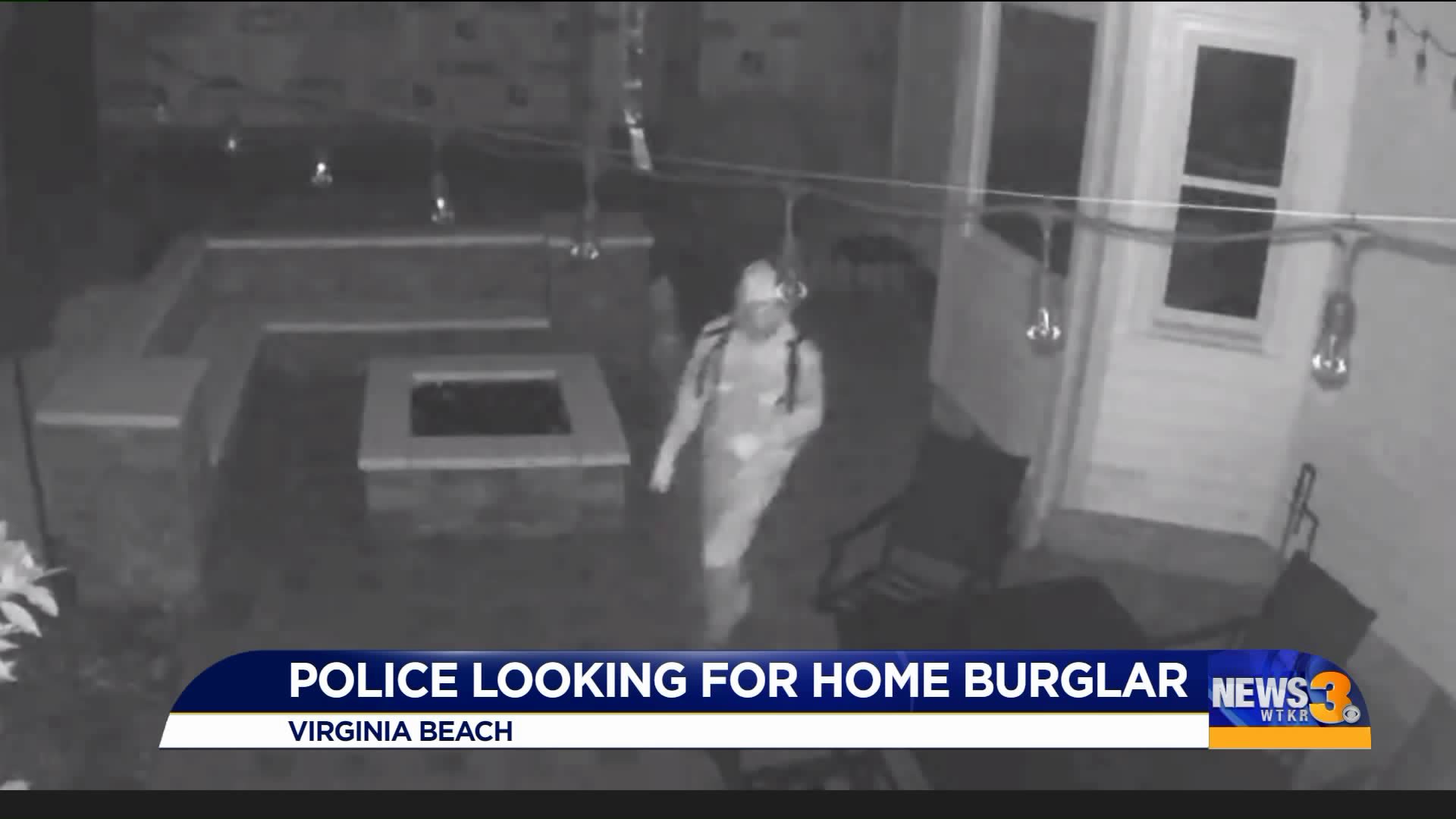 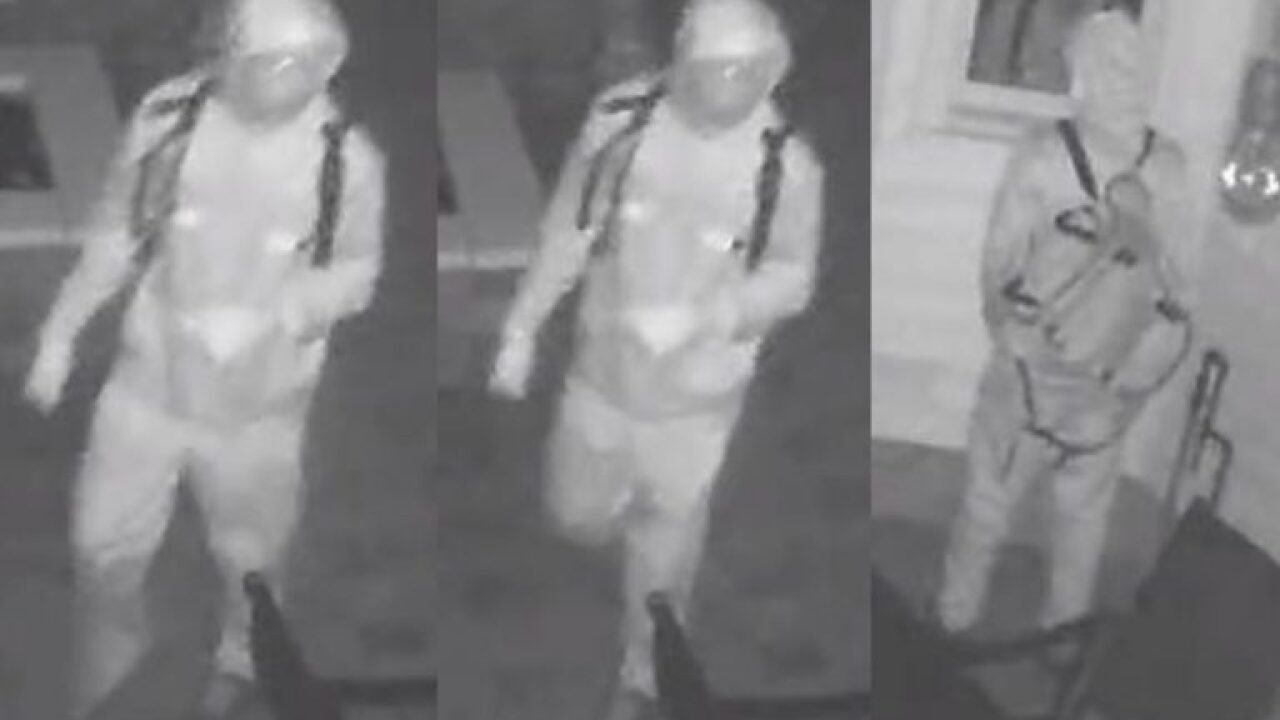 VIRGINIA BEACH, Va. - Police need the public's help to find a man who broke into a home on Christmas Day and attempted to get into another.

According to police, while a family was asleep upstairs, a man broke into their home on Locust Grove Lane and attempted to steal their presents and television. Police say the family woke up on Christmas Day to find their gifts on the home's back patio and their television next to the back door.

The homeowner didn't want to talk to News 3 on camera but says their son scared the burglar off when they went to the bathroom.

Surveillance cameras from a home on Cinta Court caught the suspect trying to break into another home there. Police say the man cut the screen and tried pushing the window open, but he was unsuccessful in getting in.