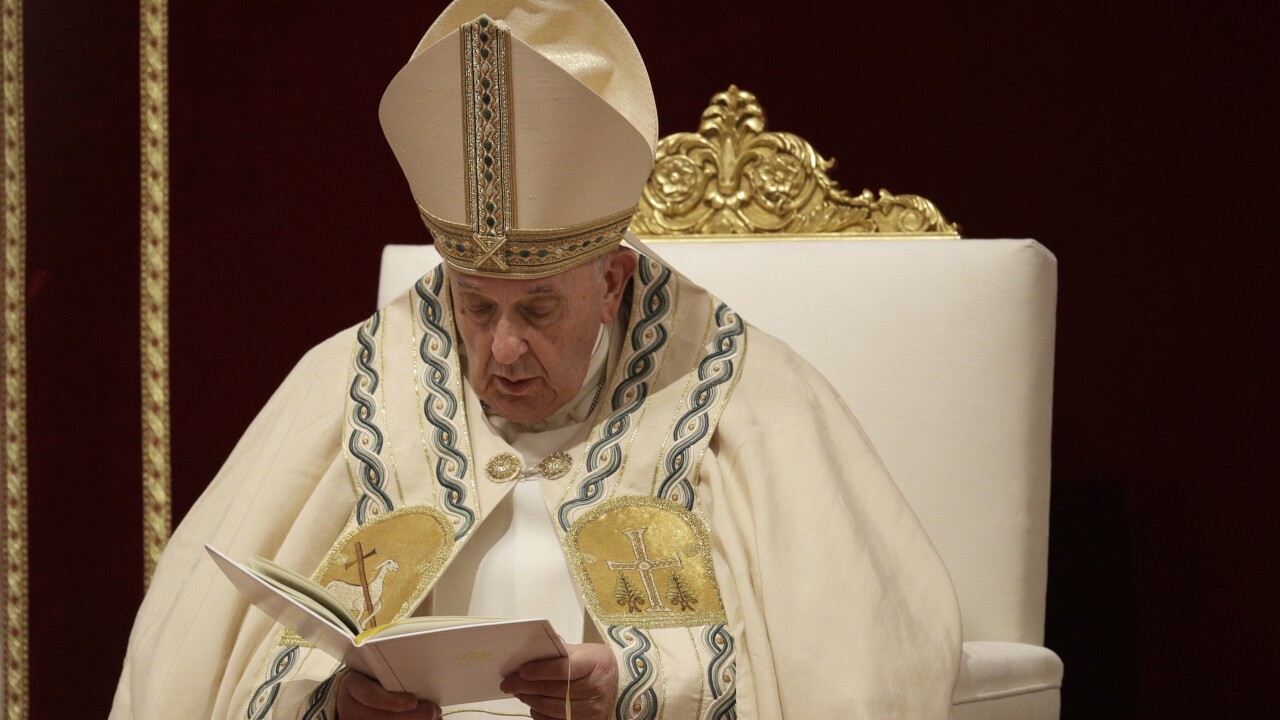 Pope Francis presides over vespers of the Feast of St. Mary and Te Deum of Thanksgiving at year’s end, in St. Peter’s Basilica at the Vatican, Tuesday, Dec. 31, 2019. (AP Photo/Gregorio Borgia)

Pope Francis has apologized for slapping a woman’s hand to free himself from her grip while greeting children and pilgrims in St. Peter’s Square on New Year’s Eve.

Pope Francis presides over vespers of the Feast of St. Mary and Te Deum of Thanksgiving at year’s end, in St. Peter’s Basilica at the Vatican, Tuesday, Dec. 31, 2019. (AP Photo/Gregorio Borgia)

The incident occurred as Pope Francis made his way to the Nativity scene in Vatican City. On Wednesday, the Pontiff apologized before using his New Year’s Day address to denounce violence against women.

“I apologize for the poor example yesterday,” he said.

The Pontiff continued in his address: “Women are sources of life. Yet they are continually insulted, beaten, raped, forced to prostitute themselves and to suppress the life they bear in the womb.

“Every form of violence inflicted upon a woman is a blasphemy against God, who was born of a woman.”

Video showed Pope Francis become visibly upset during Tuesday’s incident, in which he slapped the woman’s hand in an attempt to extricate himself after she grabbed him and yanked him toward her.

Prior to the incident, the woman had made the sign of the cross. She addressed the 83-year-old Pope as she took his hand but it is unclear what she was trying to tell him.

During his address on Wednesday, the Pontiff also spoke about gender equality, telling the congregation that women “should be fully included in decision-making processes.”