Huge crowds turn out, some turned away on first day of legal recreational marijuana in Illinois 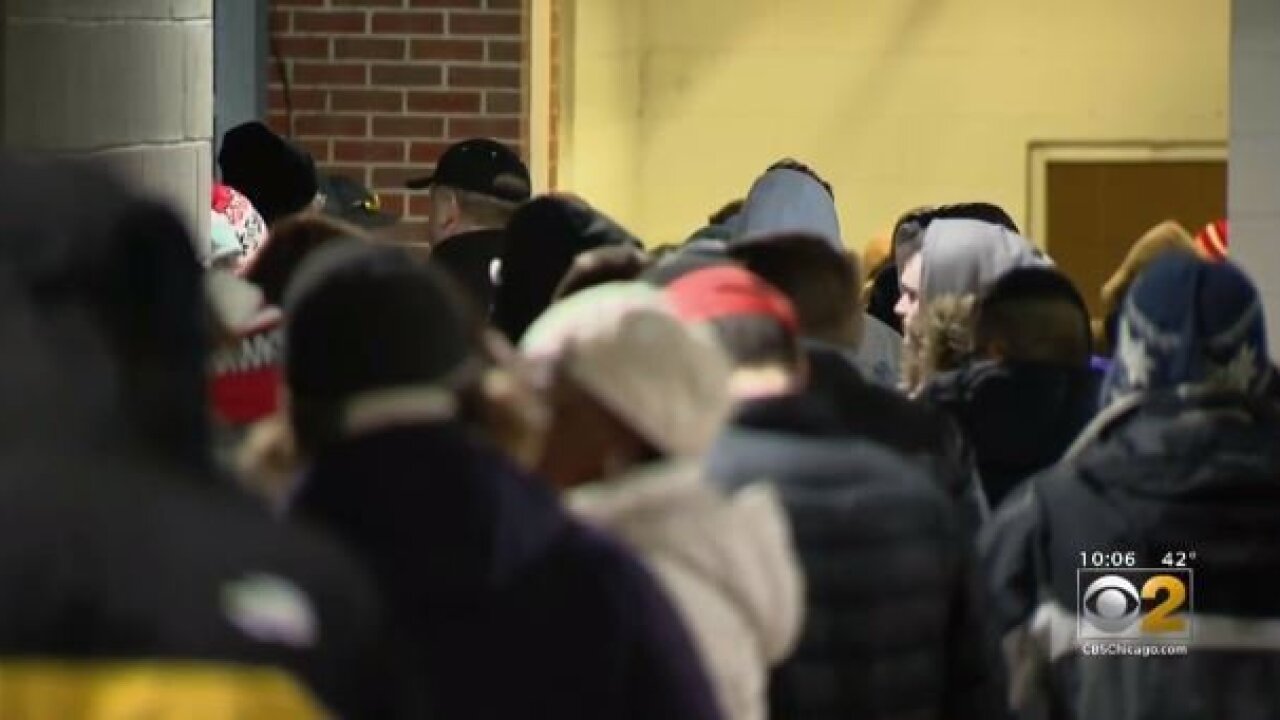 **Embargo: Chicago, IL** The first full day of legal recreational marijuana sales was in the book Wednesday night. The exact figures for sales have not been released. But judging by the long lines at dispensaries across the state, there is interest to say the least.

The exact figures for sales have not been released. But judging by the long lines at dispensaries across the state, there is interest to say the least.

**Embargo: Chicago, IL**
The first full day of legal recreational marijuana sales was in the book Wednesday night. The exact figures for sales have not been released. But judging by the long lines at dispensaries across the state, there is interest to say the least.

Dispensary33 at 5001 N. Clark St. in Andersonville closed at 9 p.m. – after a busy day packed with people who were excited to purchase marijuana legally on the first day of 2020.

“They’ve been out here since 3, 4 this morning. The line was going all the way down the street,” a security officer said.

And on Wednesday night, they lined both sides of the streets outside the dispensary.

“I don’t actually live here, so I’m here visiting, and celebrating with everybody,” said Jordan Pappale, who was waiting in line Wednesday night.

Those curious about pot and the pot lovers waited up to four hours to get inside the stores across Chicago. To accommodate the crowds, some businesses allowed people to sign up via text message.

Related: Lawmakers and community leaders come together to talk about marijuana in Portsmouth

“And they’ll text you when to come back up here,” the security officer said.

But the wait was sometimes longer – up to eight hours. That was no problem for Pappale, who was visiting all the way from Florida.

“Luck of the draw,” he said. “Happen to be here in town – and why not be part of history?”

Meanwhile in Evanston, those walking out of the dispensary were also contributing to history.

“There are many that come with intentionally knowing it will fund reparations,” said Evanston Ald. Robin Rue Simmons (5th).

In November 2019, the Evanston City Council passed a resolution allowing 100% of its sales tax for marijuana to go toward reparations up to $10 million. It is the first such program in the nation.

Even if many may not know they are contributing to the reparations fund when they buy marijuana, Rue Simmons said it was fair regardless.

“It’s fair because it’s a decision that we made here in Evanston that we would uplift our black community and start to work on repairing some of the damages – demonstrated damages – done to our community,” Rue Simmons said.

Those in line at MME Evanston, at 1804 Maple Ave. in Evanston, seemed to support where the tax money was going.

“It’s amazing. We need stuff like that. That’s something that should have been done years ago,” a man said.

Expect another day of long lines on Thursday, when people who were turned away Wednesday are expected to try again.