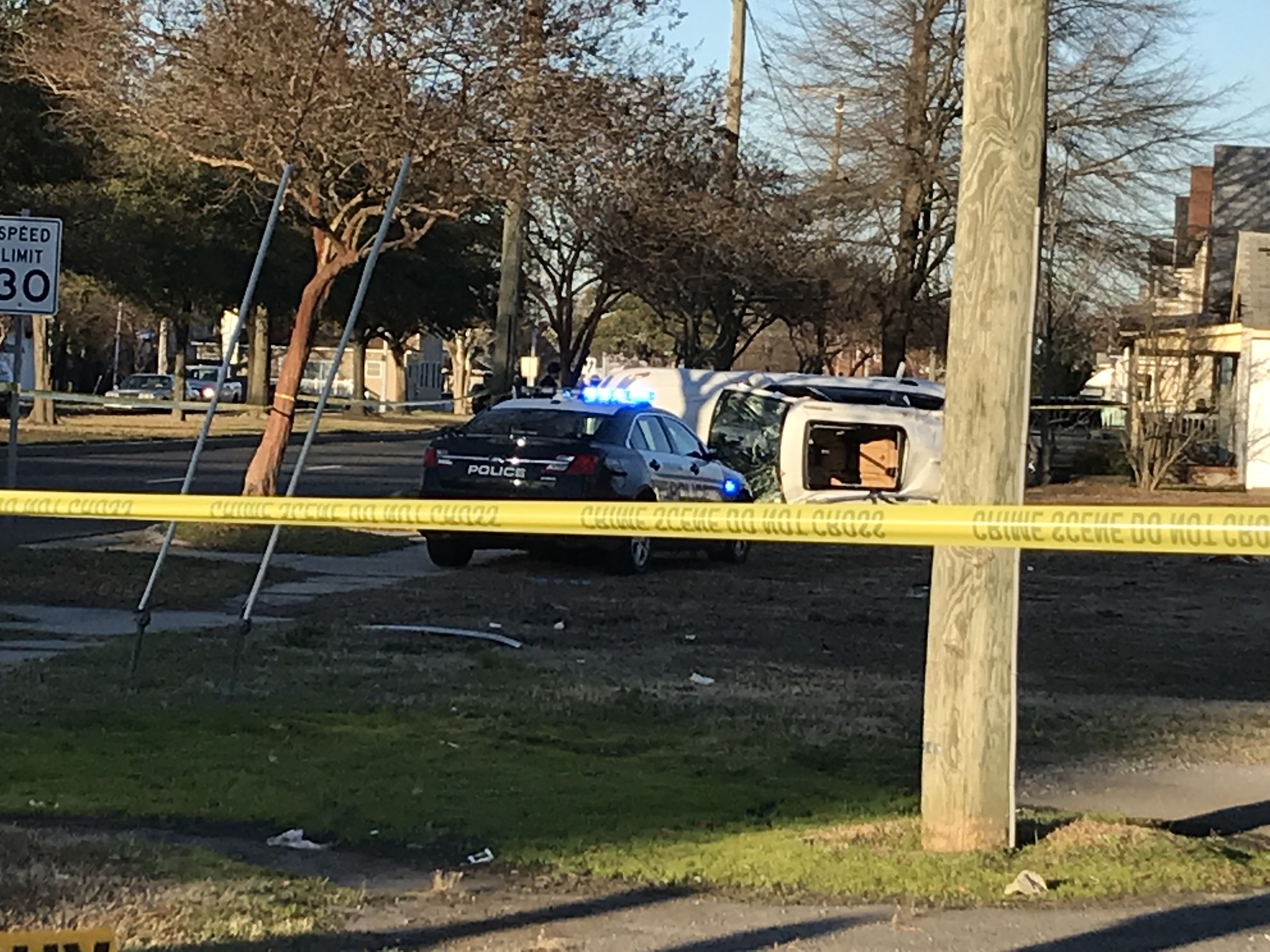 NORFOLK, Va. – Police are searching for the driver of a stolen vehicle that led them on a chase from Chesapeake to Norfolk on December 31.

The crash was near Wilson Road and Indian River Road, in Norfolk. This was after the driver allegedly led police on a chase from Chesapeake. The driver is accused of running from the scene, leaving behind three injured teenage passengers. One of those passengers later died from his/her injuries at a local hospital.

Police originally got reports of a stolen white Volvo in the area. When officers arrived they found the vehicle, which was getting onto the interstate. Officials said the vehicle made an illegal traffic maneuver, and Chesapeake Police attempted to stop the vehicle.

The driver of the vehicle allegedly took off, leading police officers on a pursuit that started on I-464 and went into the Berkeley section of Norfolk

Norfolk Police Department’s Crash Team responded to the scene to conduct the crash investigation. Norfolk Police later charged a passenger, 19-year-old Darquez White, with Possession of a Firearm by a Felon. Both Chesapeake Police and Norfolk Police are conducting a joint investigation, and more charges are pending against the driver and passengers involved, they said.

Anyone with information about this incident is asked to call the Crime Line at 1-888-LOCK-U-UP or submit a tip online at P3tips.com.