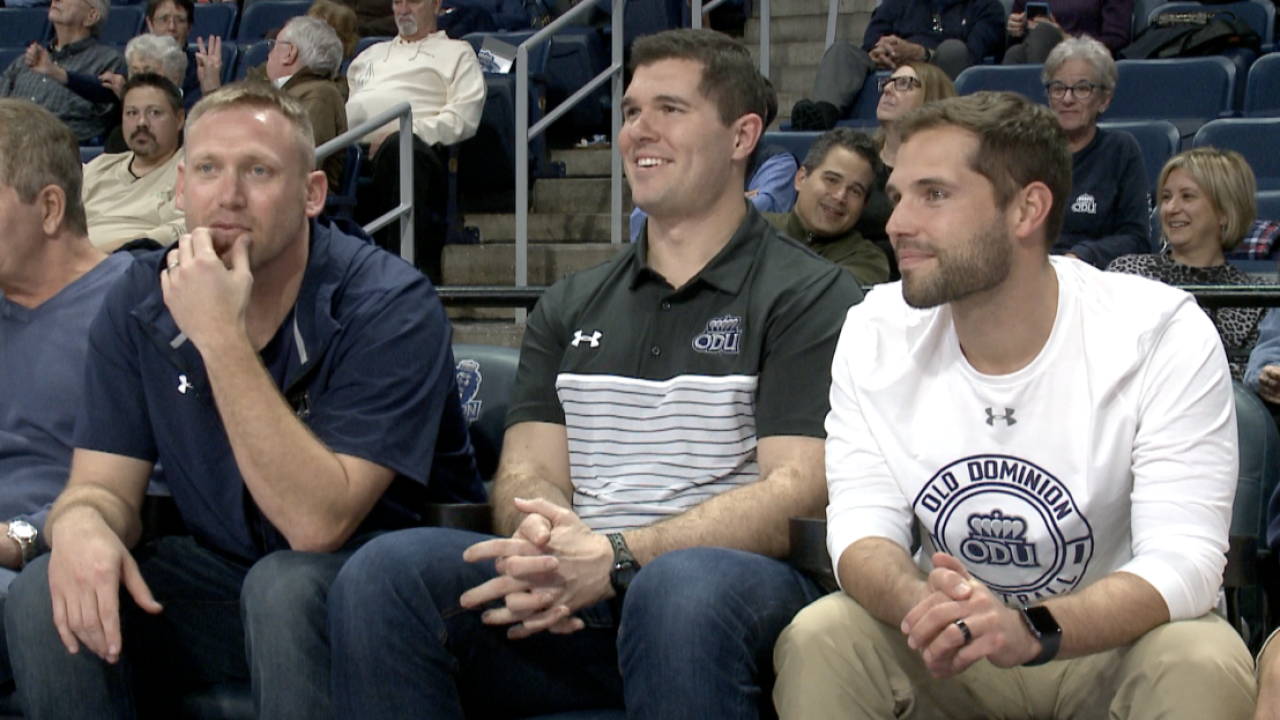 “I’m incredibly excited to add four more talented coaches to the Old Dominion family,” Rahne said. “Each one possesses great passion for the game of football and an energy that will make all of Monarch nation proud.”

Kirk Campbell joins the Monarchs as offensive coordinator and quarterbacks coach. He has spent the last three years at Penn State as an offensive analyst. While at Penn State, he assisted Rahne in all QB meetings, scouted future opponents and was a part of game planning. While at Penn State, the Nittany Lions won 31 games and went to two New Years’ Six Bowls. Over those three seasons, Penn State averaged 36.8 points per game and all three offenses finished in the top-9 all-time at Penn State. Campbell was the offensive coordinator at Alderson Broaddus (W. Va.) for five years prior to his time at Penn State. Over five years his offenses averaged 34.7 points per game and, in 2016, led the startup program to a 9-2 record, just their fourth season of football. That season, Alderson Broaddus had three All-American’s and 13 all-conference performers. Prior to joining Alderson Broaddus, he coached the wide receivers and tight ends at Tiffin (Ohio), and started his coaching career as a graduate assistant coaching the wide receivers and tight ends at West Virginia Wesleyan.

“I’ve worked with Kirk for the past three years and I was impressed with him every day. His experience across multiple levels of collegiate football and in multiple roles will be extremely valuable in our quest to build a championship program.” Rahne on Campbell.

Kevin Smith joins ODU as the outside linebackers coach and special teams coordinator. He comes to Norfolk after spending three seasons at Penn State as a defensive graduate assistant. Smith coached the defensive line for two years and the linebackers for one. This year, Smith assisted with the defensive line and helped Penn State rank in the top 15 in FBS in sacks (10th) and tackles for loss (14th), along with a No. 24 ranking in total defense. Penn State also finished 8th in scoring defense while giving up just 16.0 points per game. This was the third consecutive year that Penn State held their opponents under 18 points per game. Smith coached the defensive line and was the special teams coordinator at Lock Haven (Pa.) for two years before joining Penn State. His second season at Lock Haven in 2016, the Bald Eagles won four games, the most in a single-season since 2002. He began his coaching career as a graduate assistant at Urbana University (Ohio). He coached at Urbana for two years, coaching the linebackers and defensive line and special teams. Smith played linebacker at Urbana and was a two-time all-state honoree at Lexington High School in Ohio.

“Kevin is a rising star in the profession! I’m excited to add his energy and intelligence to the staff. He has a keen eye for schematic nuance and is a great teacher, both qualities that will help us gain an advantage with our special teams unit.” Rahne on Smith.

Kevin Reihner will coach the offensive line at Old Dominion. He was a graduate assistant coaching the offensive line this year at Penn State. During his one season at Penn State, The Nittany Lions finished 15th in the country in scoring at 35.8. Prior to this season, he was the tight ends coach at Delaware. While at Delaware, Reihner helped the Blue Hens to the 2018 FCS Playoffs for the first time since 2010. Tight End Charles Scarff was named an FCS All-America and first-team All-CAA. Reihner was a graduate assistant offensive line coach in 2017 at Wake Forest and helped the Demon Deacons finish 8-5 and end the year with a Belk Bowl win over Texas A&M. Reihner began his coaching career as the offensive quality control coach at Fordham, and helped the Rams to an 8-3 record. Reihner played in three-straight BCS bowl games as an offensive lineman at Stanford before transferring to Penn State as a grad transfer. At Penn State, he was a letterwinner that helped the Nittany Lions to the TaxSlayer Bowl.

“In a relatively short period of time, Kevin has been able to gain a tremendous amount of experience in a wide variety of roles. I’ve seen firsthand his ability to take complex problems and teach simple solutions. I’m excited to watch our offensive line become a dominant unit.” Rahne on Reihner.

Tony Lucas will coach the running backs at ODU. He spent the 2019 season coaching running backs and was the special teams coordinator at Elon. Prior to that, he spent a pair of seasons at Temple, coaching the Owls’ all-time leading rusher, Ryquell Armstead. Lucas coached Armstead to first-team All-AAC honors in 2018 and he played in the 2019 Reese’s Senior Bowl. Armstead was drafted in the fifth round by the Jacksonville Jaguars. Lucas spent four seasons at Delaware, coaching the running backs and recruiting coordinator. In his four years with the Blue Hens, they averaged more than 5.0 yards per carry every year, and he coached four All-CAA running backs, including current Detroit Lion, Wes Hills. Prior to his time at Delaware, Lucas coached the running backs and was the recruiting coordinator at Georgetown. In both of his seasons at Georgetown, Lucas coached an all-conference running back. After graduating from Columbia University, Lucas began his coaching career as a graduate assistant at Trinity College (Conn.) before moving on to Bowling Green as the defensive quality control coach.

“From the first time I met Tony, I knew I would want him on any staff I was privileged enough to assemble. He has had consistent success developing productive running backs across multiple levels. His intelligence and infectious personality are going to be vital in our quest to go
1-0 every day!” Rahne on Lucas.