Increasing the minimum wage by $1 could reduce US suicide rates, study finds 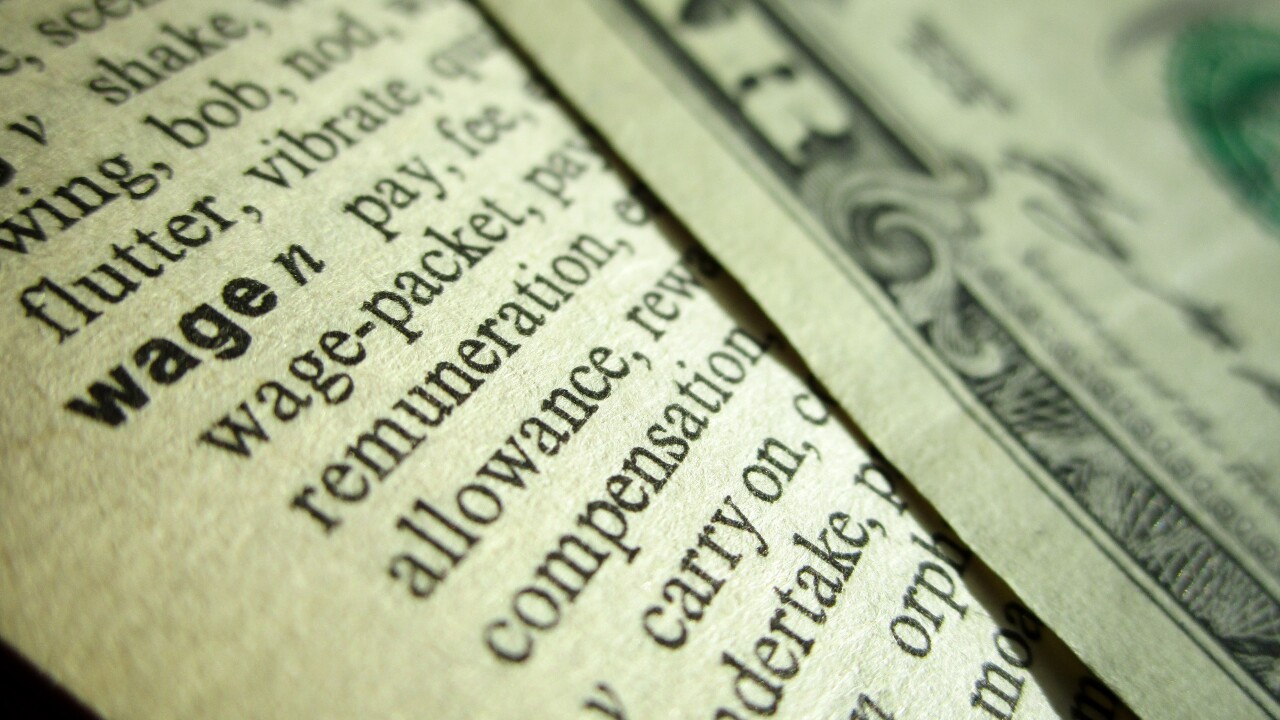 Wage definition in dictionary and one dollar bills.

An increase in the minimum wage could help prevent thousands of suicides every year among workers with a high school degree or less, especially during times when unemployment rates are higher.

The suicide rate in the United States has seen sharp increases in recent years.

A new 25-year observational study published this week in the Journal of Epidemiology and Community Health found that a $1 increase in the minimum wage resulted in an estimated 3.4% to 5.9% decrease in suicide rates among adults ages 18 to 64, and a $2 increase could have prevented an estimated 40,000 suicides alone between 2009 and 2015.

Researchers wanted to find out if minimum wage policies had an impact on suicides, which can be caused by financial stressors such as job loss, financial hardships or debt.

They looked at the differences between state and federal hourly minimum wages in all 50 states and the District of Columbia and compared those numbers with the unemployment and suicide rates every month between 1990 and 2015.

The current federal minimum wage is $7.25 an hour, and 29 states and the District of Columbia pay more, while 21 states pay the federal rate. If the minimum wage had increased by $1 from 2009 to 2015 — following peak unemployment in 2009 — the researchers estimated that 13,800 suicides could have been prevented among people in that age group with a high school education or less. A $2 increase in the minimum wage could have prevented an estimated 25,900 suicides in the same period, the study says.

Between 1990 and 2015, the study found that 399,206 people with a high school education or less took their own lives compared with 140,176 people with a college degree or higher education.

“Our findings are consistent with the notion that policies designed to improve the livelihoods of individuals with less education, who are more likely to work at lower wages and at higher risk for adverse mental health outcomes, can reduce the suicide risk in this group,” the study authors said in a statement. “Our findings also suggest that the potential protective effects of a higher minimum wage are more important during times of high unemployment.”

In the past few years, multiple studies have shown a link between economic conditions and health.

“It always seems to surprise people that social and economic conditions can impact our health,” said Dr. Atheendar Venkataramani, an assistant professor of medical ethics and health policy at the University of Pennsylvania’s Perelman School of Medicine, who was not part of the research.

“No study like this can prove cause and effect, but it does show a link between economic conditions and mental health,” he said.

Venkataramani told CNN while a minimum wage increase based on this study or others is unlikely, the subject needs to be discussed considering the growing burden of poor mental health.

“The interesting thing is, even with changes in the minimum wage, there are other factors impacting suicide,” Vankataramani said.

A survey last month found a link between an automotive assembly plant closing and higher opioid death rates among working-age adults in the county after five years. The study linked economic conditions with so-called “deaths of despair,” including suicide and drug and alcohol deaths.