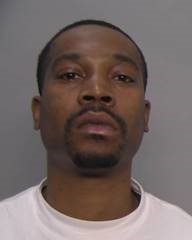 CHESAPEAKE, Va. – A local man wanted for murder after allegedly shooting his cousin to death on Friday turned himself in, police say.

27-year-old Bobby Singleton of Portsmouth turned himself in Tuesday at the Chesapeake City Jail, where he is currently being held.

Around 11:57 p.m., officials responded to a residence in the 1000 block of Cascade Blvd. for a report of a shooting.

Once on scene, officials discovered that a disturbance took place between several extended family members. Reports say this incident between the family resulted in 26-year-old Diquan Brown from Chicago getting shot and dying from his injuries.

Singleton, Brown’s cousin, has been charged in the homicide.

He faces charges of second-degree murder, use of firearm in the commission of a felony, malicious wounding and shooting into an occupied dwelling.

The incident is currently under investigation and there are no other details to release at this time.