House Democratic leaders have carried the articles of impeachment against President Donald Trump across the U.S. Capitol in a formal procession to the Senate after a vote Wednesday.

The White House criticized House Speaker Nancy Pelosi for handing out the pens she used to sign the articles. Doling out signing pens on more celebratory occasions is a Washington tradition, and Trump has done it himself.

Pen recipients sometimes frame and hang them on their walls as symbols of their proximity to power.

Pelosi signed the articles and handed the black pens to the chairmen and House prosecutors who played a role in ushering Trump’s impeachment through the House. White House Press Secretary Stephanie Grisham complained that Pelosi was serving up pens on “silver platters.”

Trump will now face trial in the Republican-controlled Senate, with arguments expected to start next Tuesday and all 100 senators as the jurors.

Chief Justice John Roberts will preside. It’s only the third such trial in American history.

Trump is complaining anew that it is all a “hoax,” even as fresh details emerge about his efforts in Ukraine.

He is accused of pressuring the Ukrainians to investigate Democrat Joe Biden, while withholding military aid as leverage. 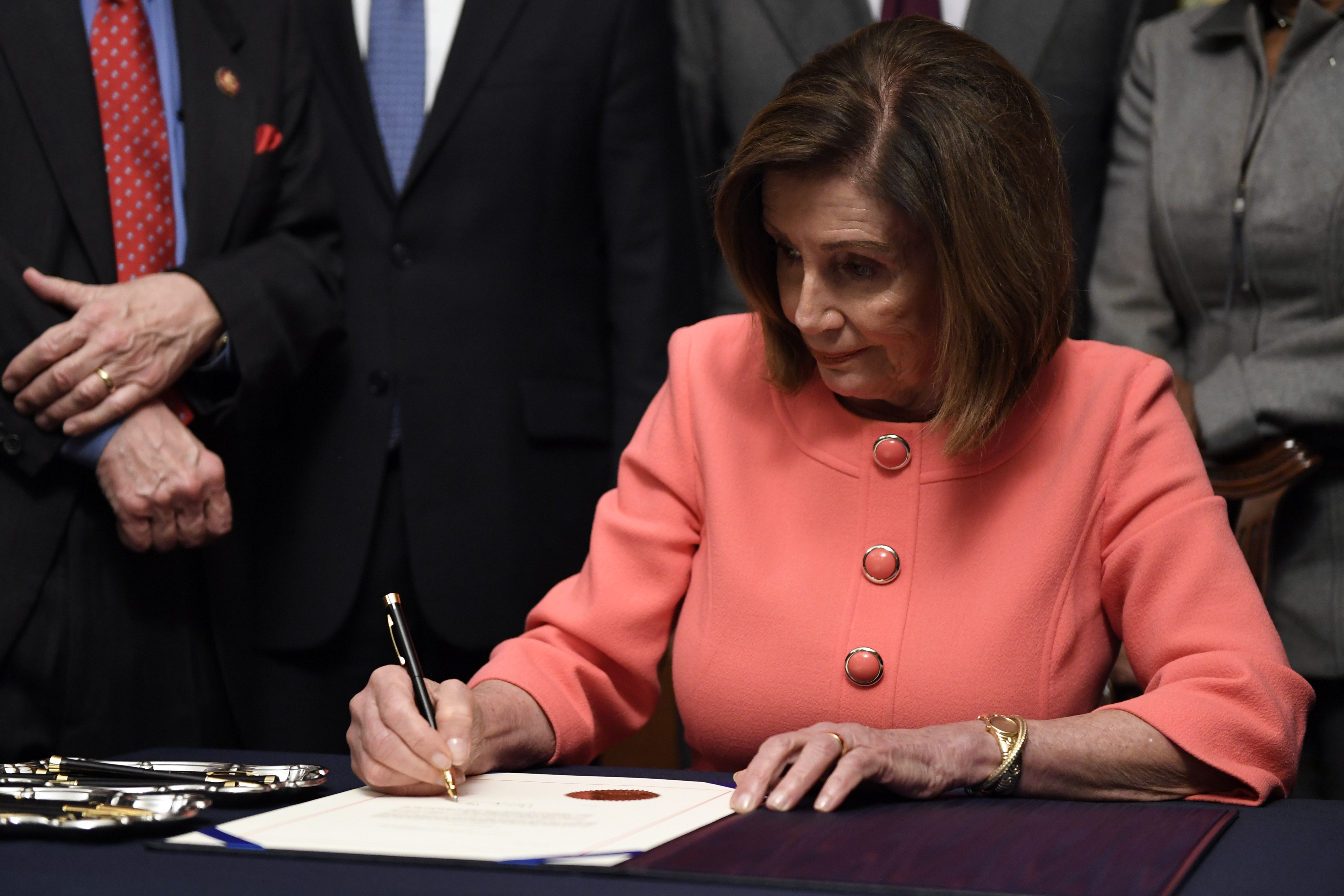