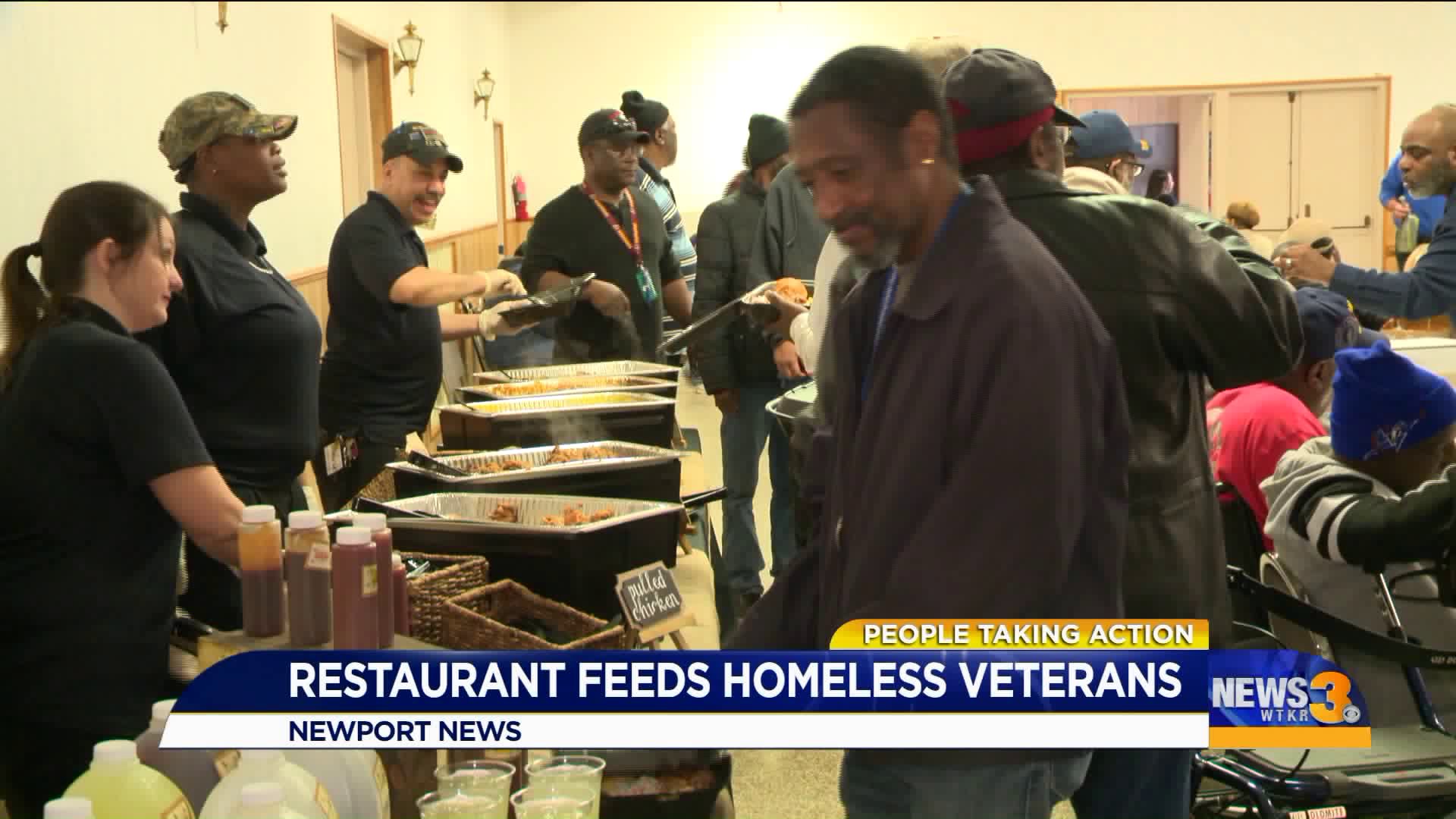 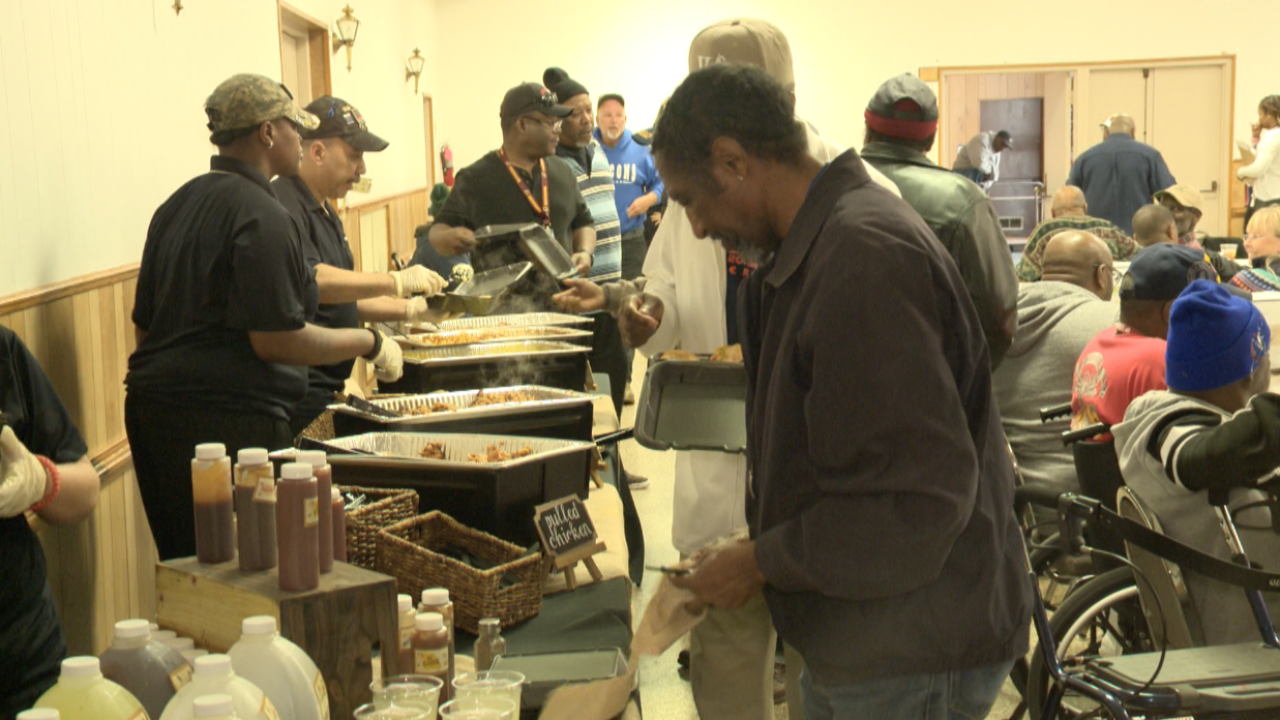 NEWPORT NEWS, Va. - Homeless veterans and other veterans in need are living throughout Hampton Roads.

News 3 was invited to an event aimed to help them. Two hunderd veterans came to the American Legion Braxton-Perkins Post 25 in Newport News.

Mission BBQ wanted to serve them lunch, and several veteran groups worked to get them all in one place. The VA hospitals had them bused over.

Many of the veterans have interesting stories to tell. Life has gotten tough for 82-year-old Army veteran Edward Ostrander.

Ostrander said financial difficulties and medical problems brought him to a low place, and he said he even thought about suicide.

But he got help from the VA in Hampton.

“Hampton has been good to me. I can’t thank them enough,” said Ostrander.

He was part of the event Thursday. With their 89 restaurants in 16 places, Mission BBQ is known for helping veterans.

Veteran Julie Easler knows how tough it can be. She suffered from cancer and other medical issues and found herself homeless off and on.

She got help from several veteran groups and is doing great today.

“If you see someone with their head down, reach your hand out and help them put their head up in any way you can. You can’t fix it, but you can let them know they’re not alone,” said Easler.

Mission BBQ says they'll do anything to help those veterans who need it.

“There’s nothing more important to us than feeding the American veterans that have all raised their right arm to protect us and serve our community,” Thayer Sheets, the Director of Operations for Mission BBQ.