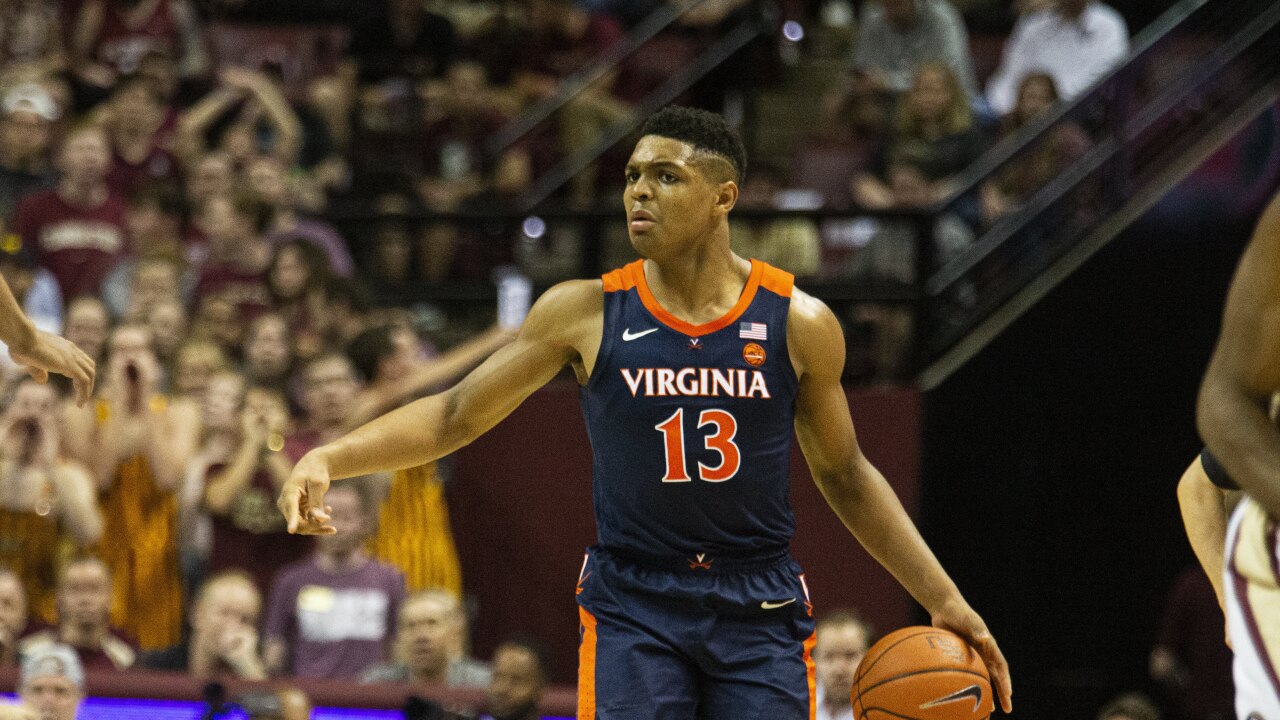 Virginia guard Casey Morsell (13) brings the ball up court in the first half of an NCAA college basketball game against Florida State in Tallahassee, Fla., Wednesday, Jan. 15, 2020. (AP Photo/Mark Wallheiser)

ATLANTA (VirginiaSports.com) – Mamadi Diakite and Jay Huff each scored 17 points to lead Virginia to a 63-58 win at Georgia Tech on Saturday night at McCamish Pavilion.

UVA shot 47 percent, while Georgia Tech shot 50 percent from the field for the game. The Yellow Jackets had the edge in rebounds (31-30). Both teams finished with 32 points in the paint. Jose Alvarado had 20 points to lead Georgia Tech.

Huff put down a dunk to begin the second half as UVA went on a 10-4 run to lead 43-29 with 14:47 to play. Georgia Tech closed the gap with a 17-5 run to make it 48-46. Huff hit a three to stop the Yellow Jackets run. The teams continued to trade baskets down the stretch as UVA held on for the win.

THE GAME BALL GOES TO
Huff had a career-high 17 points and career-high six blocks. He also added eight rebounds.

UP NEXT
Virginia hosts NC State on Monday at 7 p.m. in John Paul Jones Arena.