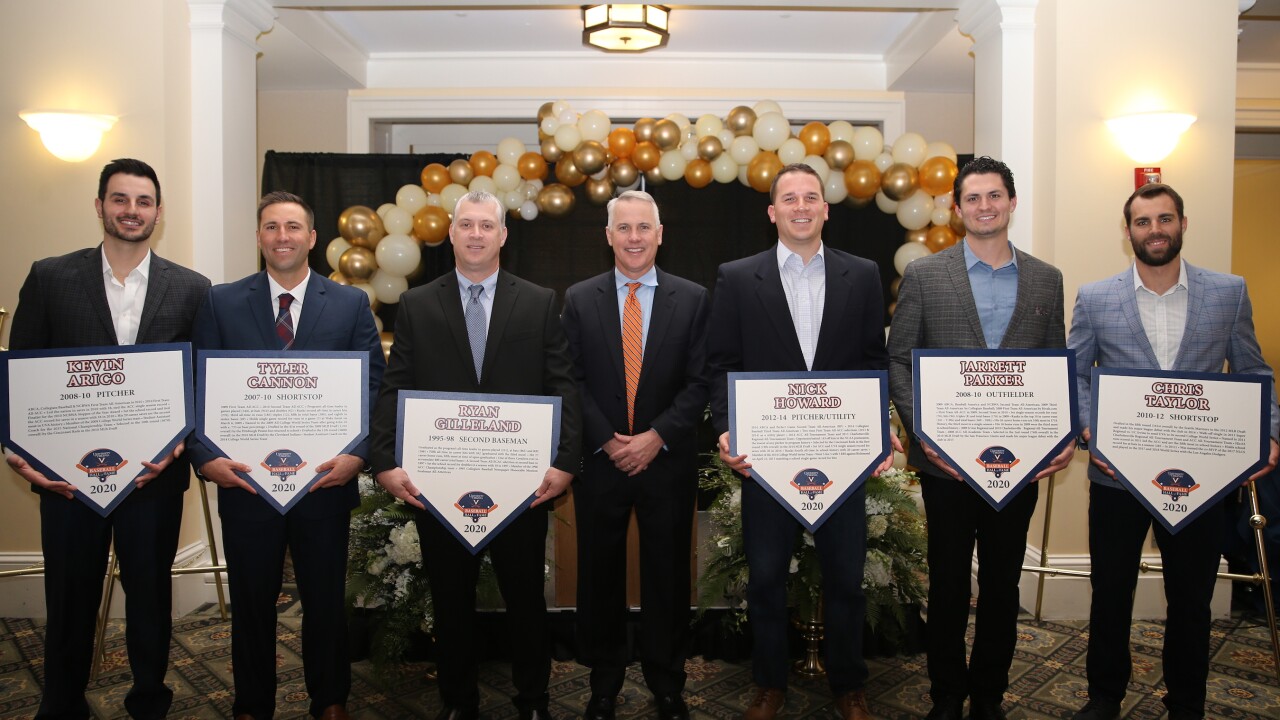 Since The Virginia Baseball Hall of Fame was established in the summer of 2017, it has enshrined a total of 28 members including a 15-member inaugural class.

2B – Ryan Gilleland (1995-98)
• Graduated as the program’s all-time leader in games played (221), at bats (865), RBI (166) currently ranks third
• Fifth all-time in career hits with 262 (graduated with the third most)
• Hit 27 career home runs, fifth-most at time of upon graduation, currently ranks ninth
• One of three Cavaliers ever to accumulate 400 career total bases
• A Second Team All-ECAC selection at second base in 1997
• Set the school record for doubles in a season with 19 in 1997 (since been surpassed)
• Member of the 1996 ACC Championship team
• 1995 Collegiate Baseball Newspaper Honorable Mention Freshman All-American