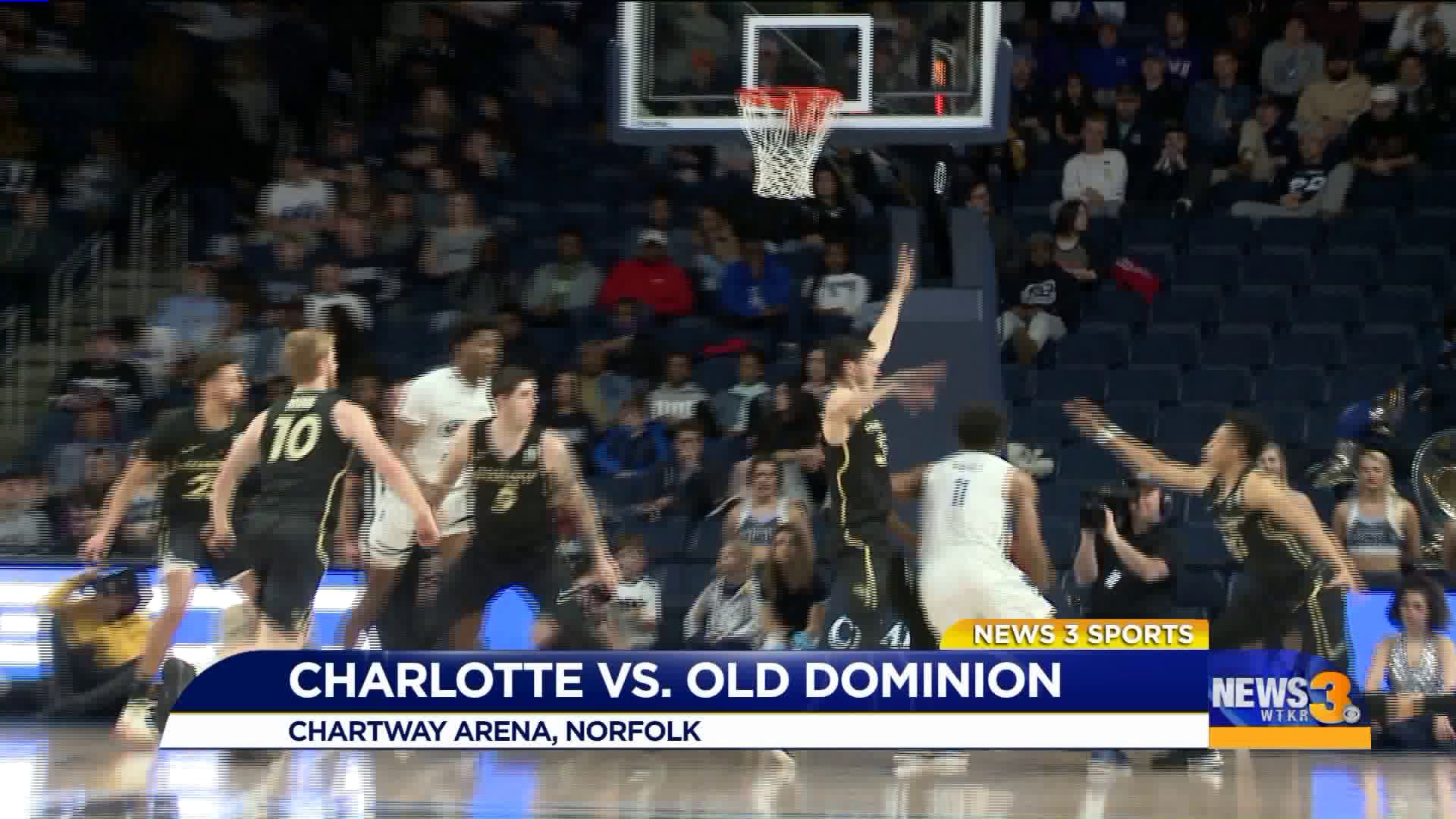 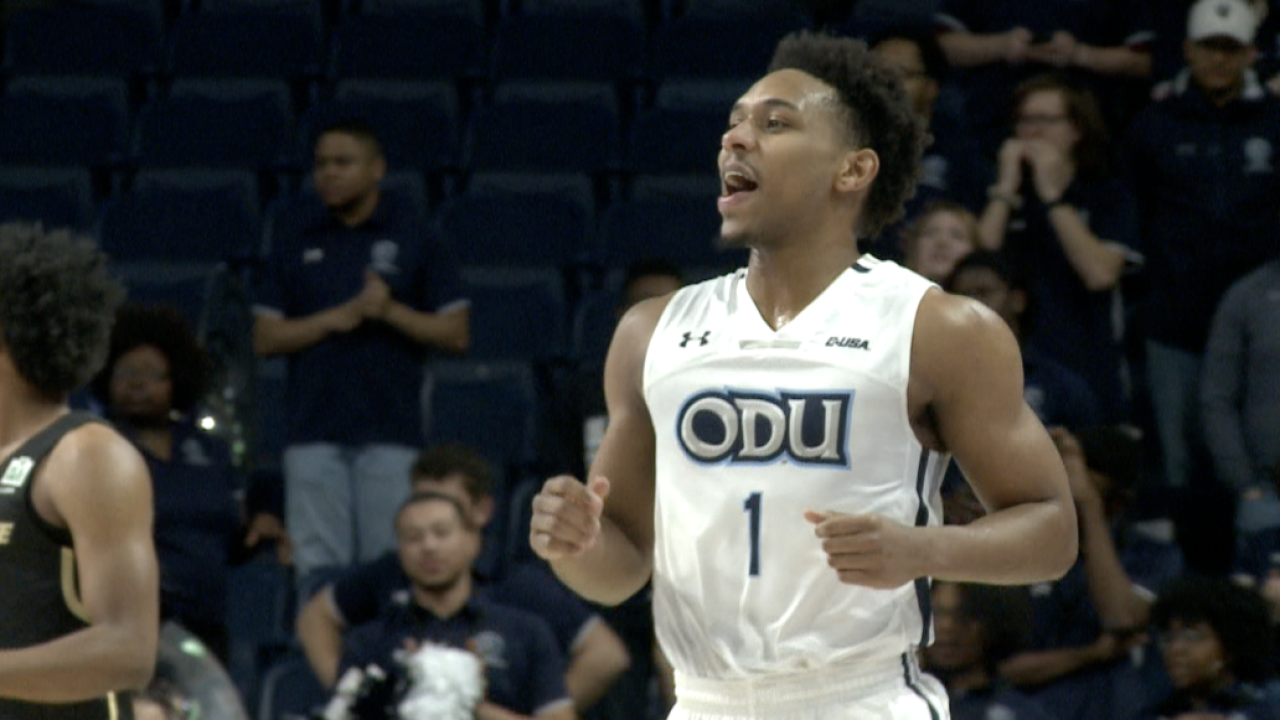 ODU extended its lead to 53-41 at the 6:47 mark of the second half, before the 49ers utilized a 14-6 run to cut their deficit to four, 59-55, with 2:22 to play. With 25 seconds remaining, Charlotte pulled within three, 63-60, and then with 14 seconds left, the 49ers made it a two-point game, but could not get any closer as Malik Curry fed Kalu Ezikpe for a breakaway dunk to seal the deal on Old Dominion's four-point victory on Monday.

"It is pretty amazing what our guys have done from a physical standpoint, they have been taxed to the max," said ODU head coach Jeff Jones. "And then emotionally, losing at Western Kentucky and at Marshall in the manner that we did, I think this says a lot about how much they care about one another. I guess it is fitting that we were able to win a really close game and I hope our guys feel really good about it. We are going to keep getting better."

In a first half that the Monarchs led by as many as eight, ODU claimed a 32-26 lead at the half, behind 11 points from Wade, nine points from Oliver II, eight points from Curry and 11 rebounds from Carver.

Old Dominion will return to the hardwood on Thursday, Jan. 23, when the Monarchs play host to FIU for a 7:00 p.m. ET tip at Chartway Arena. Thursday night's contest will be televised on ESPNU.