What’s next for Virginia gun advocates after massive rally? 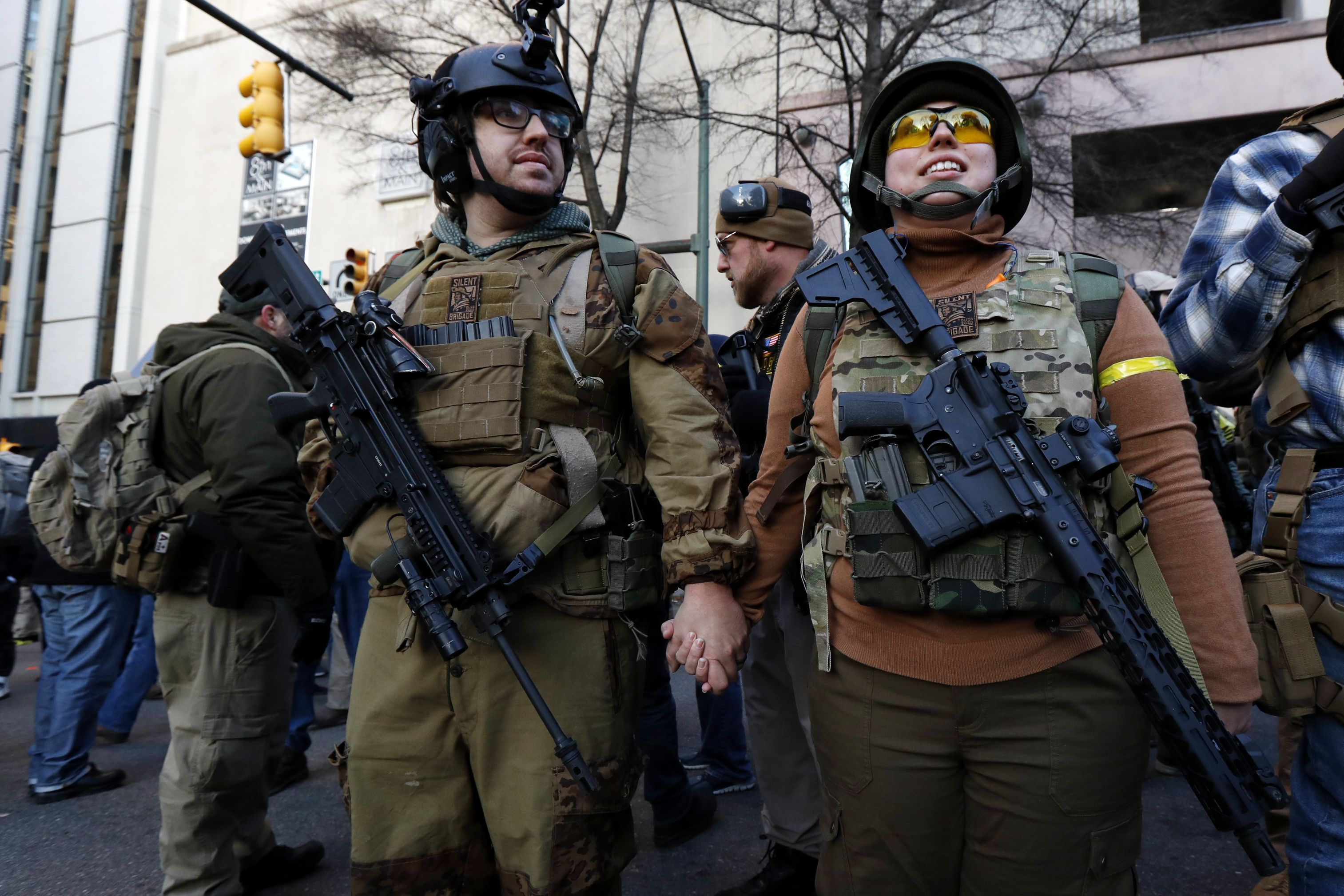 RICHMOND, Va. – Thousands of people rallied for gun rights Monday in Richmond as part of Lobby Day, an annual event where citizens lobby legislators. It’s a day that typically brings numerous organizations to the State Capitol, though many canceled their scheduled events and left the lobbying to gun rights advocates. Second Amendment supporters made speeches around the State Capitol and marched through the streets of the River City.

Light is a member of the Virginia Citizens Defense League, a Second Amendment advocacy organization that organized the event. Light is against gun control legislation currently being proposed in the newly Democratic-led General Assembly.

Like many protesters, he wore a bright orange sticker that read “Guns Save Lives” in large font.

When asked why he was not with the protesters outside, Light said that the best way to share his opinion is to communicate directly with legislators.

“You’re talking one on one with the people who are going to pass the laws,” Light said.

Light said he had issues with the proposed gun-control bills. Last week, three gun control bills passed the Senate. That includes SB 70, which requires a universal background check when people sell firearms; SB 69, which limits handgun purchases to one a month and SB 35, which allows localities to ban firearms in a public space during a permitted event. SB 240, known as the red flag bill, is currently in the Senate. It would create a process for attorneys and law enforcement to file emergency orders prohibiting a person from purchasing, possessing or transferring a firearm if they pose “a substantial risk of injury to himself or others.”

Light was especially critical of legislation that would enforce red flag laws. He said the legislation has the potential to be abused and believes guns would be confiscated first and due process would be provided later. SB 240 is currently waiting for action in the Senate.

“All they’re going to do is take guns away from law-abiding citizens,” Light said.

Warner Workman chose to make his point by lobbying from inside the Capitol. Workman is a gun rights advocate and the owner of Minuteman Arms in Lovettsville. He believes many of the proposed gun bills will become law. He said that some may be overturned through lawsuits but others won’t be challenged. Workman pointed out that attempts by Democratic legislators to curtail the rights of gun owners have led to more sales for his store.

“Either way, I’m going to sell a lot of firearms,” Workman said.

As for the future of the gun rights movement in Virginia, Workman hopes that protesters who turned out today, “will show out en masse on November 2021” for the gubernatorial and House of Delegates elections.

“I am so encouraged,” said Sen. Amanda Chase, R-Chesterfield, speaking of Monday’s turnout. “People take for granted their rights, until it’s threatened.”

Chase is a vocal supporter of Second Amendment issues. Chase, who spoke at the rally, said she will continue to work with gun rights advocates to overturn the proposed legislation: “We’re gonna make it happen.”

‘When people disagree, they can do so peacefully’: Gov. Northam issues Lobby Day statement