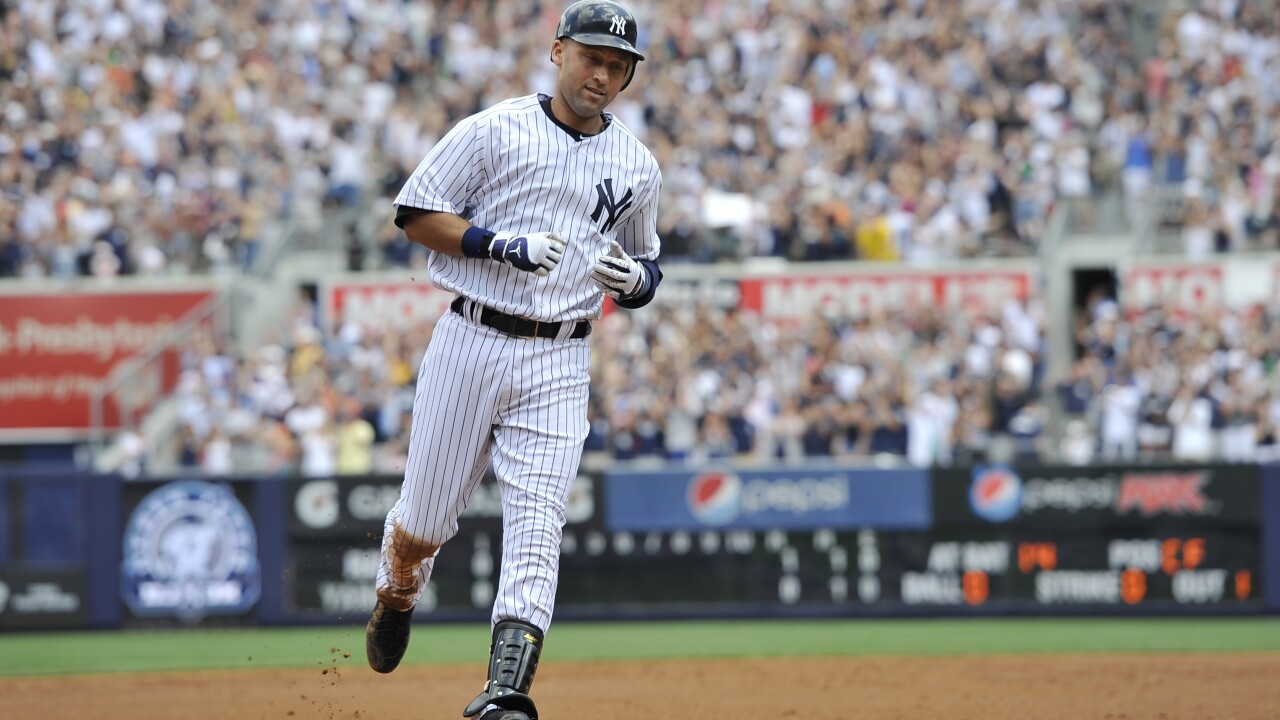 COOPERSTOWN, NY (BBWAA) – Derek Jeter received the second-highest plurality in the history of Baseball Writers’ Association of America voting for the National Baseball Hall of Fame in being elected Tuesday along with Larry Walker in the 2020 balloting verified by Ernst & Young.

Whereas Jeter was elected in his first year of eligibility, Walker made the grade in his 10th-and-final year on the BBWAA ballot. They will be honored as part of the Hall’s Induction Weekend July 24-27 in Cooperstown, N.Y., along with catcher Ted Simmons and the late Major League Players Association executive director Marvin Miller, who were elected in December by the Modern Baseball Era Committee.

To earn election to the Hall of Fame, players must be named on 75 percent of ballots cast by eligible members of the BBWAA. The cutoff point this year was 298 votes. Walker, a native of Maple Ridge, British Columbia, received 304 votes (76.6 percent) and became only the second Canadian-born player elected to the Hall along with Fergie Jenkins, a Chatham, Ontario, native who was inducted in 1991.

Walker, whose 22-percent jump in support from 2019 was the highest for a player in his last year of eligibility in 65 years, also becomes the first player who ever wore a Colorado Rockies uniform to be elected to the Hall of Fame.

Falling 20 votes short of the total needed for induction was pitcher Curt Schilling with 70 percent of the vote in his eighth year on the ballot. The only other players who were named on more than half the ballots were pitcher Roger Clemens (61.0), outfielder Barry Bonds (60.7) and shortstop Omar Vizquel (52.6). Players may remain on the ballot provided they receive mention on five percent of ballots cast. Other than Jeter, the only one of the 18 first-ballot candidates to achieve that level was outfielder Bobby Abreu (5.5).

The 14-time All-Star was the MVP of the 2000 game at Atlanta, and later that year was also the World Series MVP in the Yankees’ five-game triumph over the New York Mets. Jeter had eight 200-hit seasons, batted .300 12 times, scored 100 or more runs 13 times and won five Gold Glove Awards for fielding.

Walker, 53, batted .313 with 383 home runs over 17 seasons with Montreal, Colorado and St. Louis. He was the National League MVP in 1997 when he hit .366 with league-leading totals in home runs (49), total bases (409, the 18th -highest single-season total in history), on-base percentage (.452) and slugging percentage (.720) for the Rockies. The three-time batting champion won seven Gold Glove Awards for fielding and three Silver Slugger Awards as an outfielder. Walker was a five-time All-Star who ranks 12th in career slugging percentage (.565) and 15th in career on-base percentage plus slugging (.965). He batted .357 with a 1.366 OPS in his only World Series appearance, in 2004, a four-game sweep of the Cardinals by the Boston Red Sox.

With Jeter’s election, there are 57 players in the Hall of Fame who have been elected in their first year of eligibility. Jeter is also the 55th Hall of Famer who played with only one club.

The Hall of Fame now has 333 elected members, including 235 players, of which 134 have come through the BBWAA ballot. The average ballot in the 2020 election contained 6.61 names, down from 8.01 last year with 20.5 percent of the voters using all 10 slots, down from 42.8 percent last year. The total of ballots cast marked a 97.1-percent return rate of the 409 ballots mailed to voters.