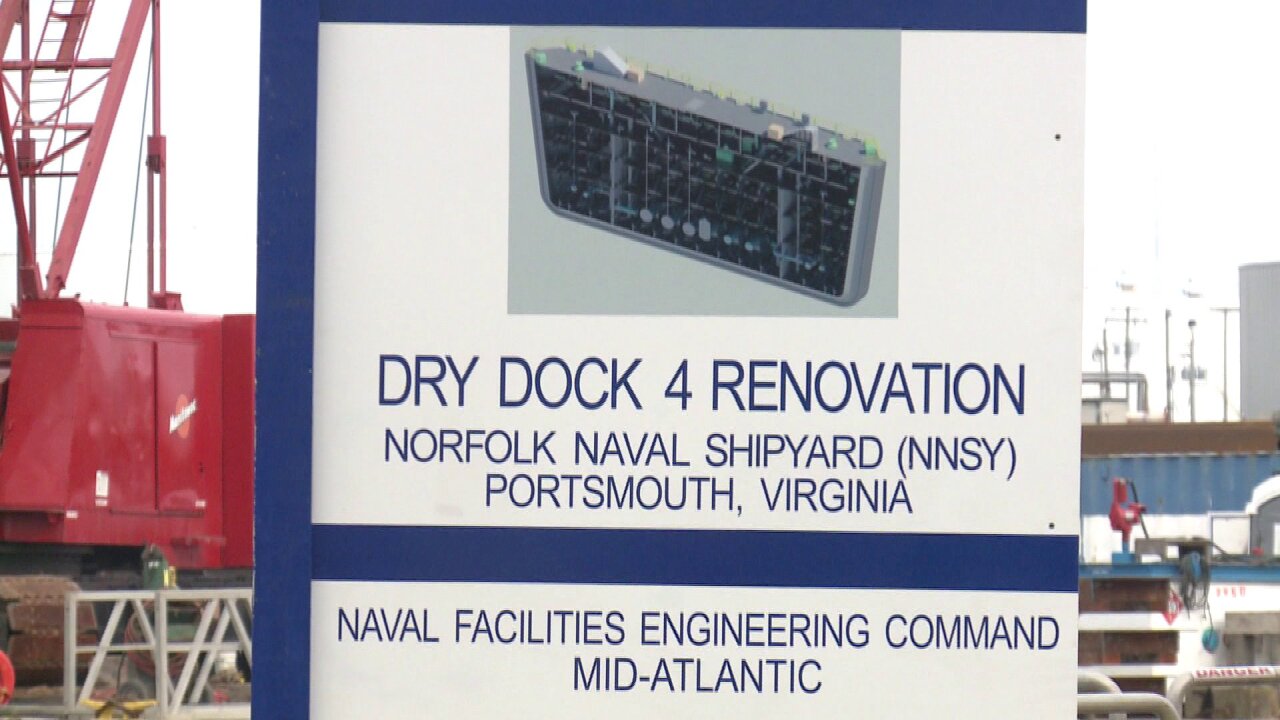 PORTSMOUTH, Va. – Norfolk Naval Shipyard has broken ground on a major project to renovate the historic Dry Dock 4 at the shipyard.

The $200 million renovation is expected to take about three years.

The Dry Dock 4 renovation will allow the Navy to do critical maintenance work on Ohio, Virginia and Columbia-class submarines.

First opened in April 1919, Dry Dock 4 was the first of three dry docks built at NNSY during its World War I expansion. Around 1,012 feet long, 144-feet wide and 40-feet deep, it was one of the largest concrete structures in the world at the time of its opening.

During its renovation, two-and-a-half feet of concrete will be replaced from the dry dock’s floor, as well as two feet from the sidewalls.