Crews arriving on the scene reported heavy smoke and fire shooting through the windows and roof of building 9. Within minutes of their arrival, a second alarm was issued, resulting in a total of seven engines, three ladder trucks, two heavy rescue trucks and one volunteer fire support, as well as units from the Virginia Beach Police Department and Emergency Medical Services, responding to the scene.

One neighbor told News 3 that he heard a loud bang and then saw heavy flames and smoke coming from the roof and windows.

Leshaunda Anthony says she got back from a vacation at 1 a.m. and less than five hours later, her nightmare began.

"My children and I were asleep, so about 5:30 we heard somebody throwing rocks at the window, breaking the windows," says Anthony.

She thought it was an intruder— it turned out to be her saviors.

"I was scared that someone was breaking in and trying to harm us. I called 911 and they said, 'No ma’am, that’s the police trying to get you out. Your building is on fire,'" says Anthony.

It took a total of seven engines, three ladder trucks, two heavy rescue trucks and one one volunteer fire support vehicle to get the two-alarm fire under control in about 45 minutes.

The Red Cross says their team is supporting residents displaced by the fire. As of now, there are 14 people confirmed to be displaced from their homes.

One firefighter was injured by falling debris. He was treated while on the scene and continued to work.

Two residents were taken to the hospital for burns on their feet.

Anthony and her two boys made it out of their first floor apartment without injuries, but their emotional wounds are still healing.

"I’m just thankful to be alive and my children are alive, and I’m grateful to that."

Firefighters said the fire was accidental and appeared to have started on the third floor, but the fire's cause remains under investigation. 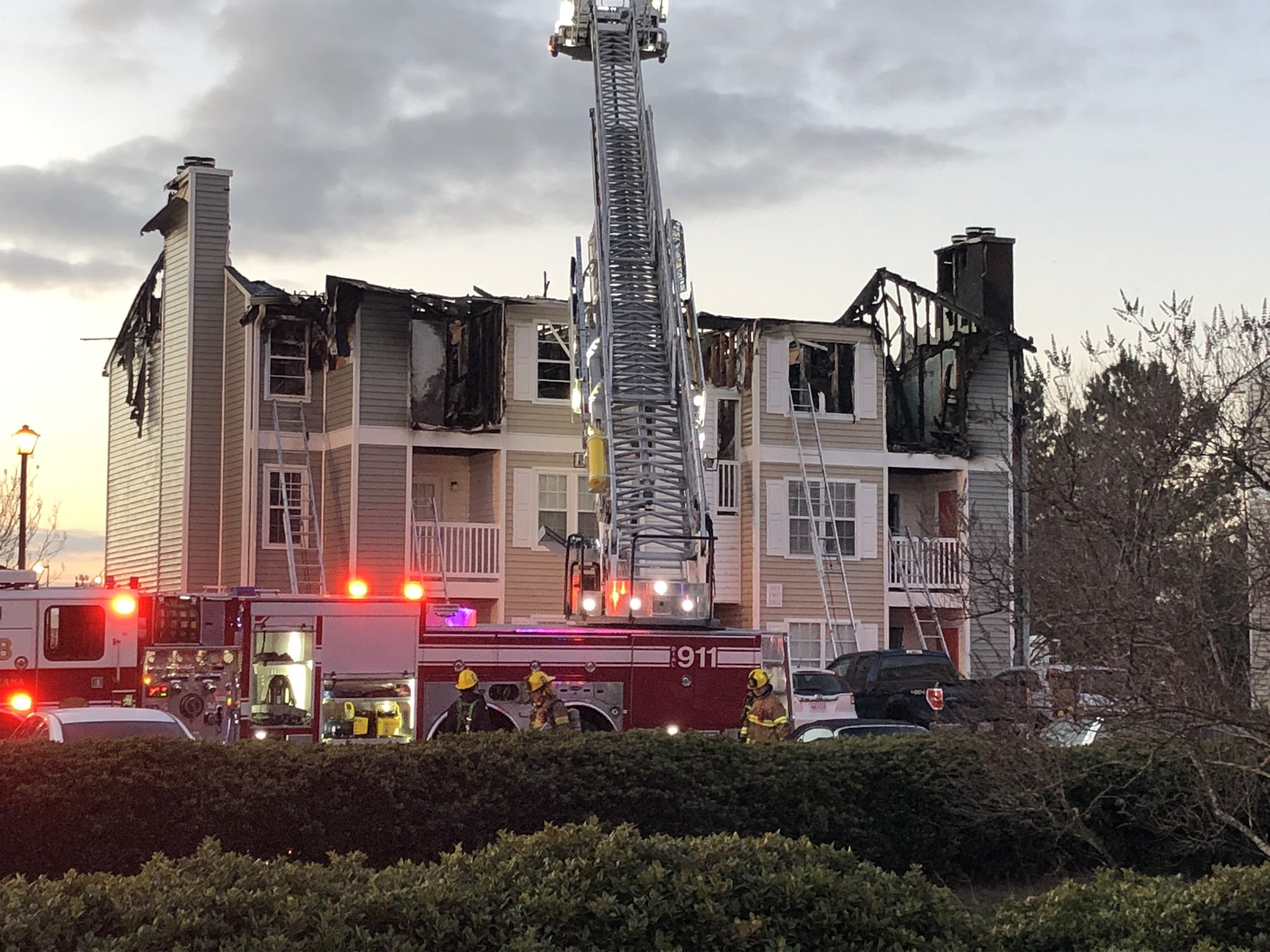 UPDATE: 14 people displaced from fire. One firefighter was injured. He was hit by falling debris. He was treated on scene and is still working. One neighbor says he heard a loud bang and then saw heavy flames and smoke coming from the roof and windows. https://t.co/ZgwRC5tHSw pic.twitter.com/YMU26oIAD2