Democrats alleging a “corrupt scheme” by Trump involving Ukraine are trying to win over not just fidgety senators but an American public deeply divided by the Republican president’s actions.

Prosecutors relied on the same loops of videotaped testimony after Trump’s allies in the Republican-controlled Senate blocked new witnesses.

The repetition and the long hours in back-to-back days of proceedings have left some senators yawning, stretching and pacing.

Each side has 24 hours over three days to make its case. Trump’s defense team is eager for its turn, likely to begin Saturday. 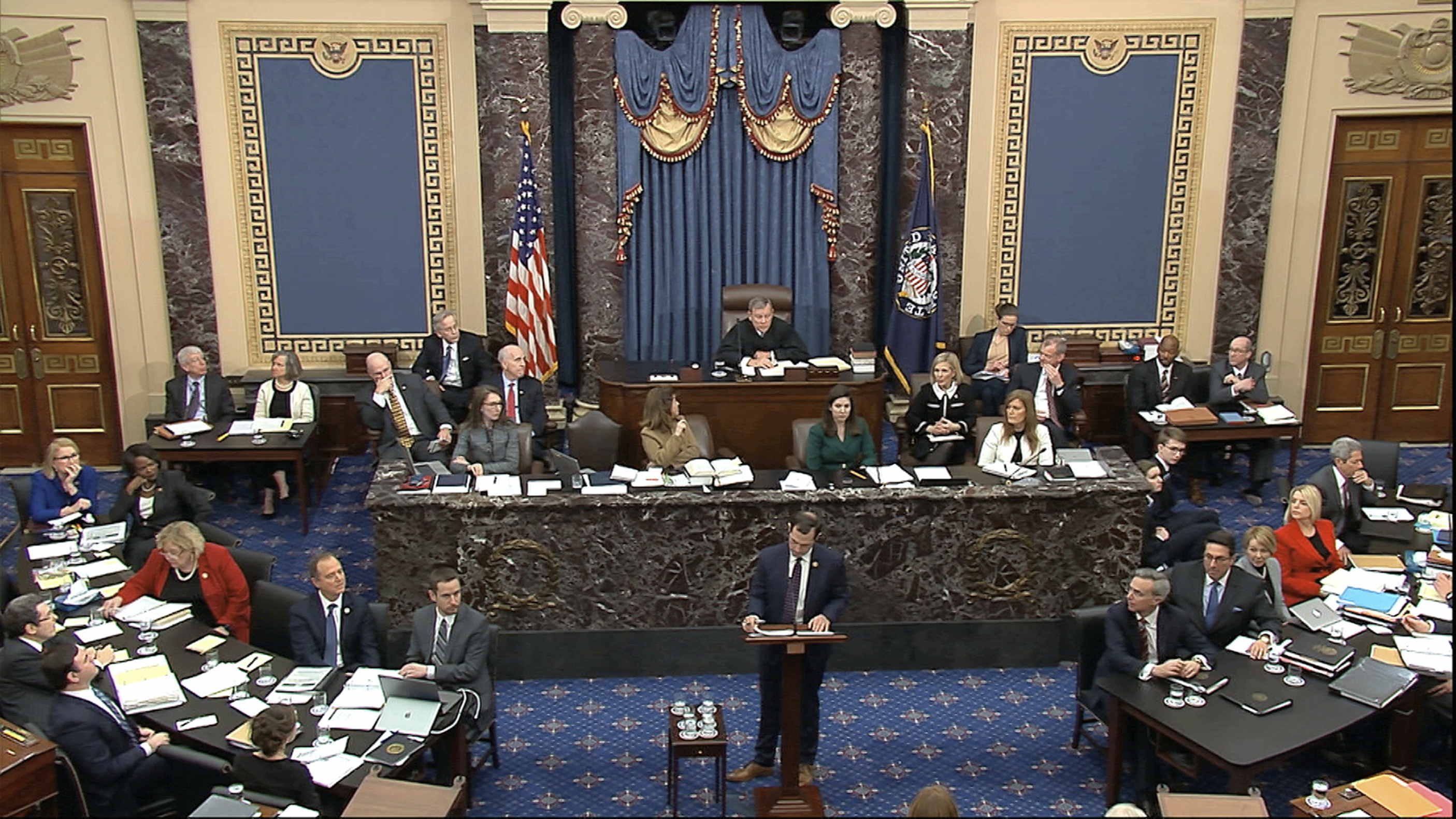