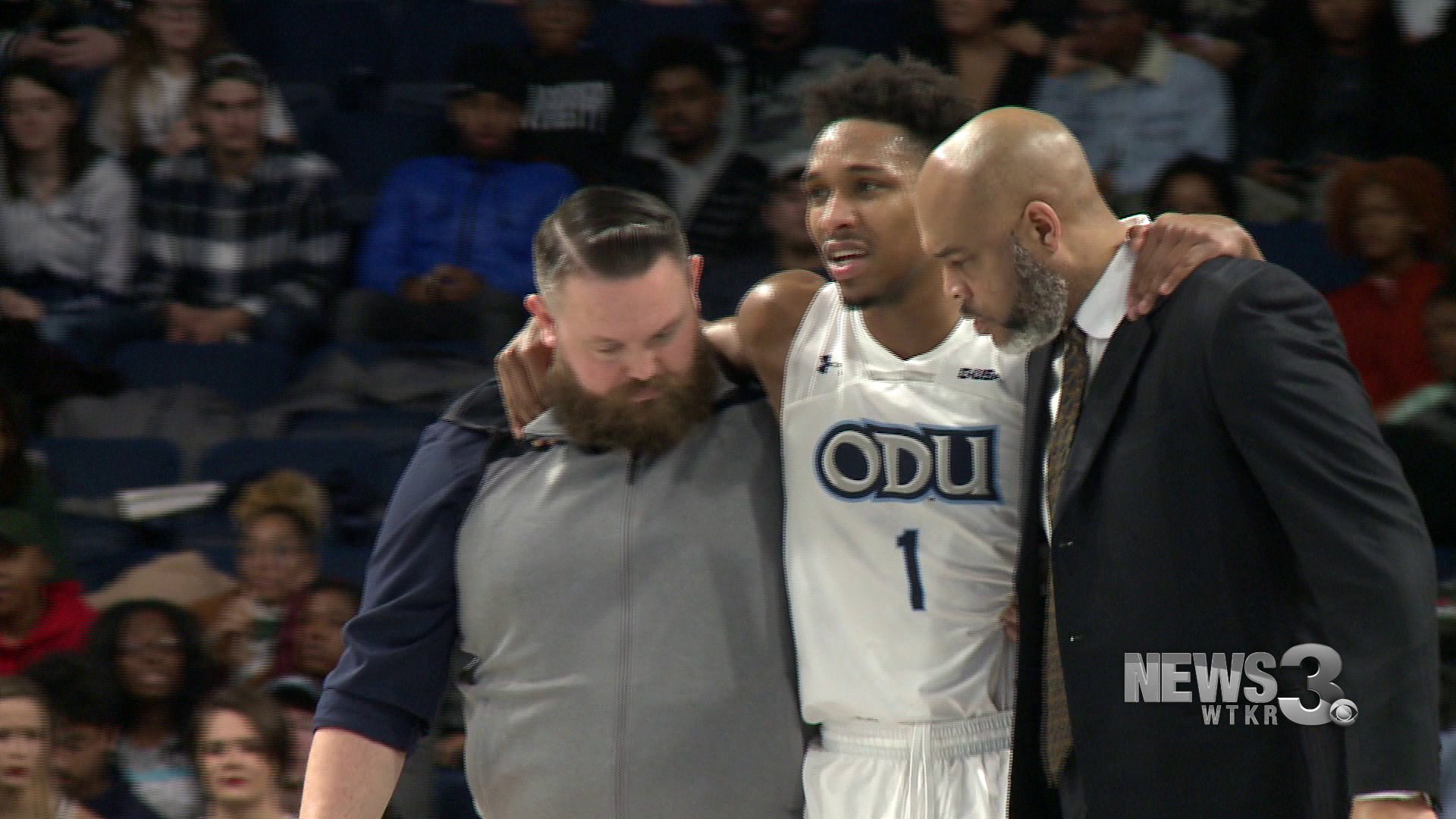 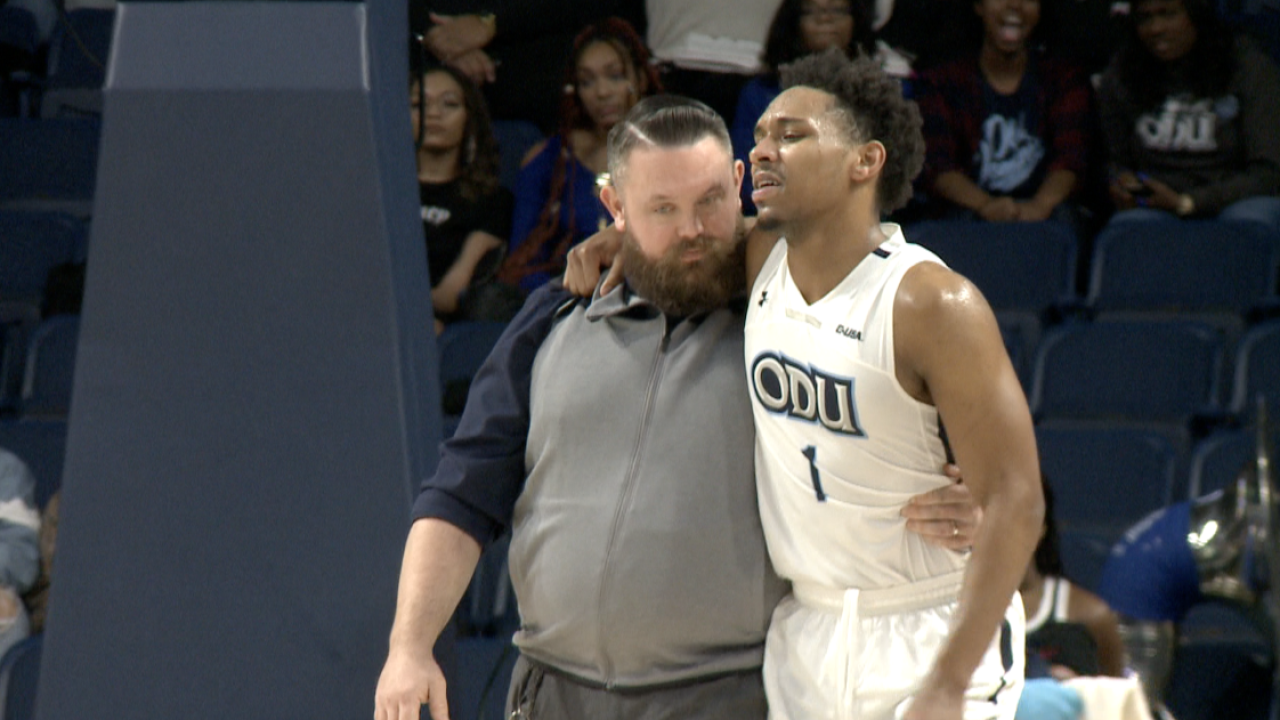 NORFOLK, Va. - Three days after scoring a career-high 23 points, Jason Wade didn't have a chance to set another career-high.

The sophomore guard for the Old Dominion University men's basketball team left Thursday's loss vs. FIU after playing just eight minutes and scoring two points. With the help of Associate Head Athletic Trainer Jason Mitchell, Wade was helped off the floor after going down after a fast break attempt 10 minutes into the first half of the Monarchs' 83-80 home loss.