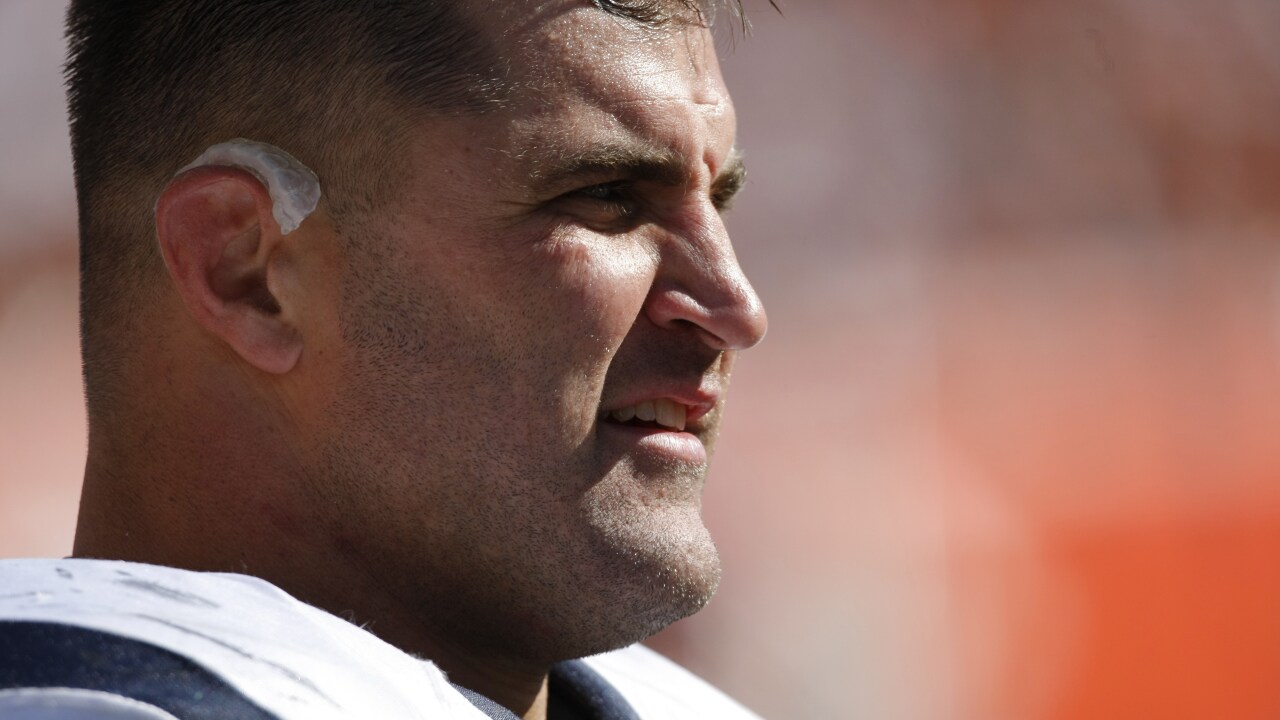 Houston Texans defensive tackle Jeff Zgonina (92) in action against the Cincinnati Bengals in the second half of an NFL football game, Sunday, Oct. 18, 2009, in Cincinnati. (AP Photo/Ed Reinke)

Prior to working in the NFL, Nenaber spent two years with Arizona State University, serving as a graduate assistant strength and conditioning coach (2010-12). He also spent time with the Red Bull Racing Team, serving as a pit crew member for two years (2008-09).

Nenaber received his bachelor’s and master’s degrees from Arizona State University, majoring in Interdisciplinary studies and Exercise and Wellness respectively.

Zgonina enters his fifth NFL season as a coach after serving as the defensive line coach for the San Francisco 49ers from 2017-18 and holding assistant defensive line roles with the New York Giants in 2016 and the Houston Texans in 2013.

During his two-year stint with San Francisco, Zgonina played a major role in the development of DT DeForest Buckner. Buckner increased his sack totals from 3.0 in 2017 to 12.0 in 2018. He finished 2018 No. 3 in the NFL in total sacks among defensive tackles and was selected to his first career Pro Bowl.

In 2016 with the New York Giants, Zgonina was part of a defense that ranked No. 2 in the NFL in total points allowed per game (17.8) and No. 3 in rushing yards allowed per game (88.6). DT Damon Harrison registered career highs in sacks (2.5) and tackles (86) while working with Zgonina that season.

Zgonina began his coaching career in Houston in 2013 where he worked with All-Pro DE J.J. Watt. Watt finished the season with 10.5 sacks and was named All-Pro for the second time in his career in 2013.

Houston Texans defensive tackle Jeff Zgonina (92) in action against the Cincinnati Bengals in the second half of an NFL football game, Sunday, Oct. 18, 2009, in Cincinnati. (AP Photo/Ed Reinke)