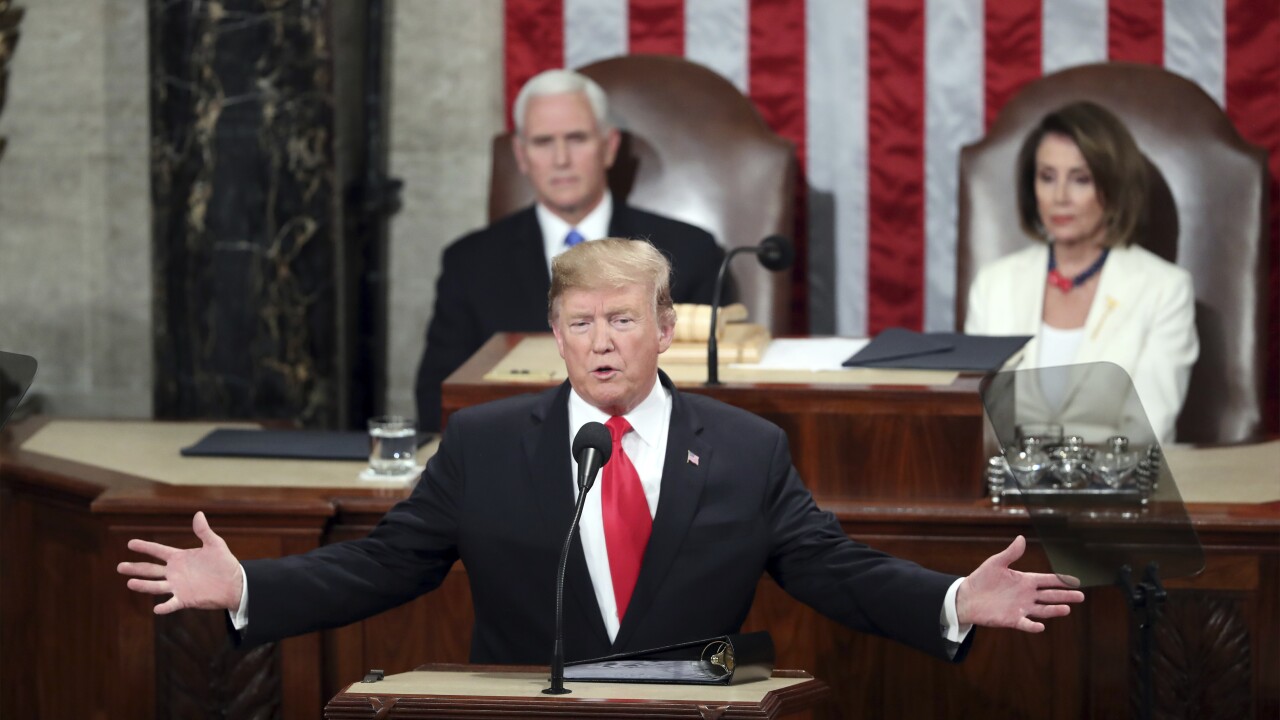 President Donald Trump delivers his State of the Union address to a joint session of Congress on Capitol Hill in Washington, as Vice President Mike Pence and Speaker of the House Nancy Pelosi, D-Calif., watch, Tuesday, Feb. 5, 2019. (AP Photo/Andrew Harnik)

His defense team resumes its case on Monday and senators face a critical vote on whether to hear witnesses or proceed directly to a vote that’s widely expected to end in Trump’s acquittal.

The articles of impeachment charge Trump with abuse of power and obstruction of Congress.

Those decisions on witnesses may be complicated by reports Trump said he wanted to maintain a freeze on military assistance to Ukraine until it aided political investigations into his Democratic rivals.

That’s from former national security adviser John Bolton in a draft of his forthcoming book.