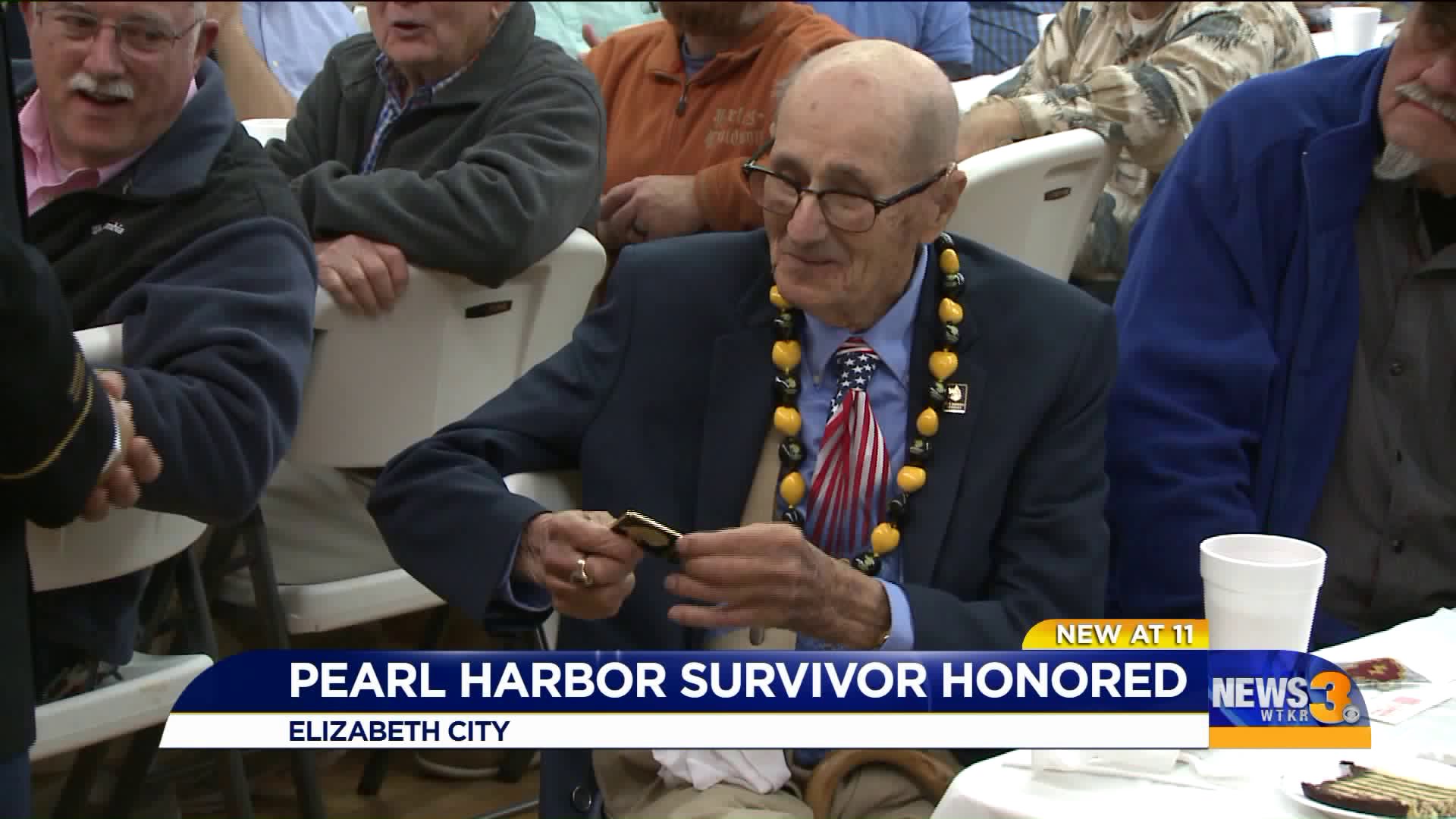 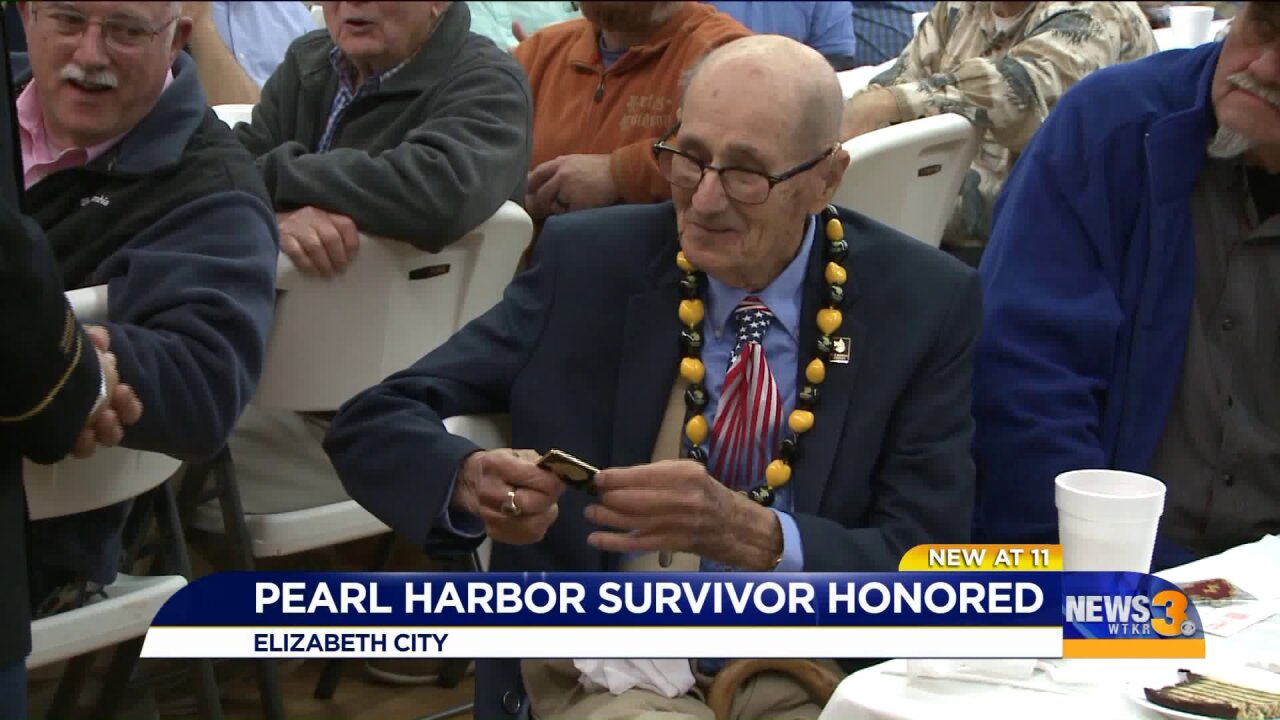 ELIZABETH CITY, N.C. -- December 7, 1941, was the day Pearl Harbor was attacked by Japanese warplanes, and as President Franklin Roosevelt said, it would be a "day of infamy."

99-year-old Army veteran Cecil Thomas Taylor from Eure, N.C., saw the attack up close and personal when he was stationed at the Schofield Barracks in Hawaii.

The attack on Pearl Harbor would launch the United States into World War II. Schofield Barracks is close to Pearl Harbor, and Taylor was part of the 27th Infantry regiment, also known as the “Wolfhounds.”  Warplanes also attacked the barracks just one day before he was scheduled to go home.

A special ceremony was set up for Taylor on Monday at a local Masonic Lodge in Elizabeth City. Friends, family, veterans and Freemasons attended the special event. It recognized his service and legacy. One of the attendees was Staff Sgt. James Frey.

"For me, I really do feel have a personal connection to the story," Frey said. "Not Cecil specifically, but to the wolfhound a regiment, and I was very happy today.”

Frey and fellow soldiers are currently stationed at Schofield Barracks. They traveled from Hawaii to Elizabeth City to give Taylor a "challenge coin." The coin is given to service-members for special achievements for their service.

At the age of 99, Taylor still showed optimism and energy. He turned 99 in September.

The celebration was organized by Scot Hardwick, the Grandmaster of the local Masonic Lodge. Taylor has been a Freemason and a member of the lodge for 67 years. Monday happened to be his anniversary date.

"You don’t see this - our World War II vets as everyone is talking about," Hardwick explained. "We’re losing X-amount a year, but to have him and representing this masonry in this area is great.”

“Every day in my mind - every day. I don’t miss a day," Taylor explained. "We are what we call the Wolfhound.'”