The Florida Everglades is 1.7 million acres of wetlands. While Wink and John weren't able to see it all, a tour courtesy of Airboat in Everglades helped the crew see plenty.

"The Florida Everglades, our ecosystem, there is no duplicate in the world," explained Captain Moe of Airboat in Everglades. "It might not be the largest, but this is one of the self-thriving ecosystems in the world."

"We have about 200,000 alligators here in the everglades," explained Captain Lo with Airboat in Everglades. "Lots of beautiful birds, 310 species of birds that fly throughout the everglades all year long - some of the most colorful birds you'll find anywhere in North America. It's definitely a blast out here."

Guided by Captain Moe, Wink and John get a glimpse of some of those colorful birds, including purple gallinules. The tour also takes the News 3 crew past multiple American alligators.

"No matter how close we get to them, they are not aggressive," Captain Moe said assuredly. "Not like the ones you guys could see on the side of the road if you stop your vehicle. Only us tour guides really come and spend quality time with these animals."

But that quality time can be cut short by other humans - those simply trying to celebrate Valentine's Day.  Captain Moe, who is a champion for the organization Captains for Clean Water - a nonprofit group dedicated to protecting Florida's most valuable resource: water, explains how a holiday meant for the heart can hurt the Everglades - which is the largest designated wilderness in the eastern United States.

"Valentine's Day, believe it or not - because everybody loves it, is our biggest killer out here," Captain Moe said. "From Valentine's Day forward, for almost one month, we do nothing but pick up red and pink balloons out here."

The fresh water in this river of grass known as the Everglades might not run deep, but the love of the land - the wetland, sure does. 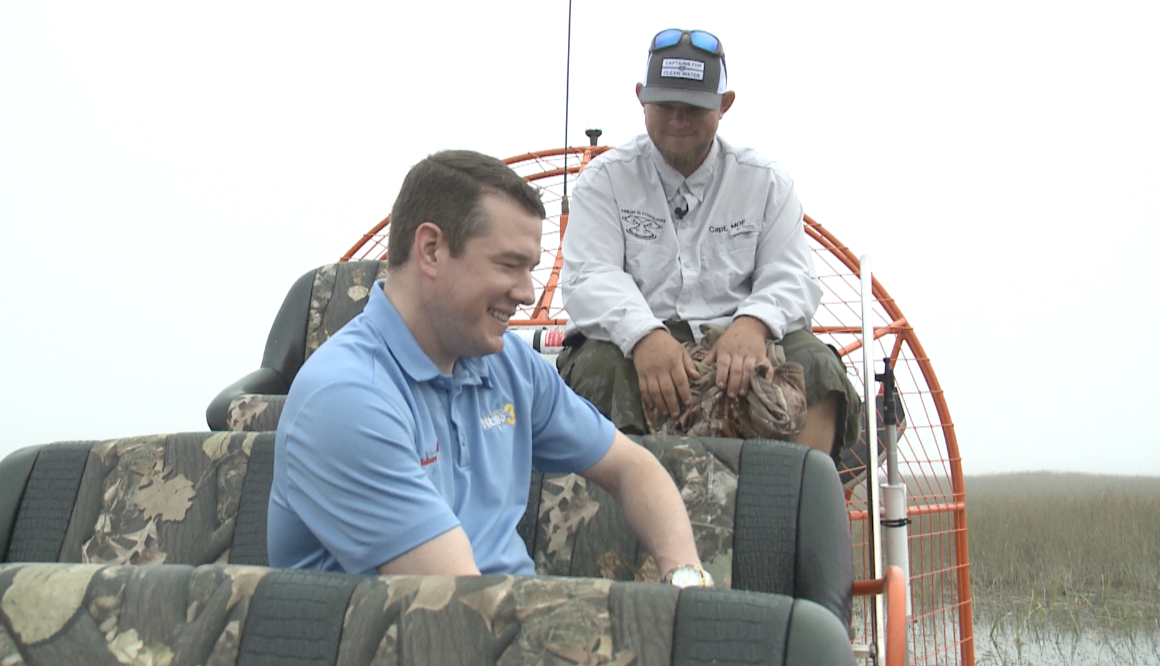