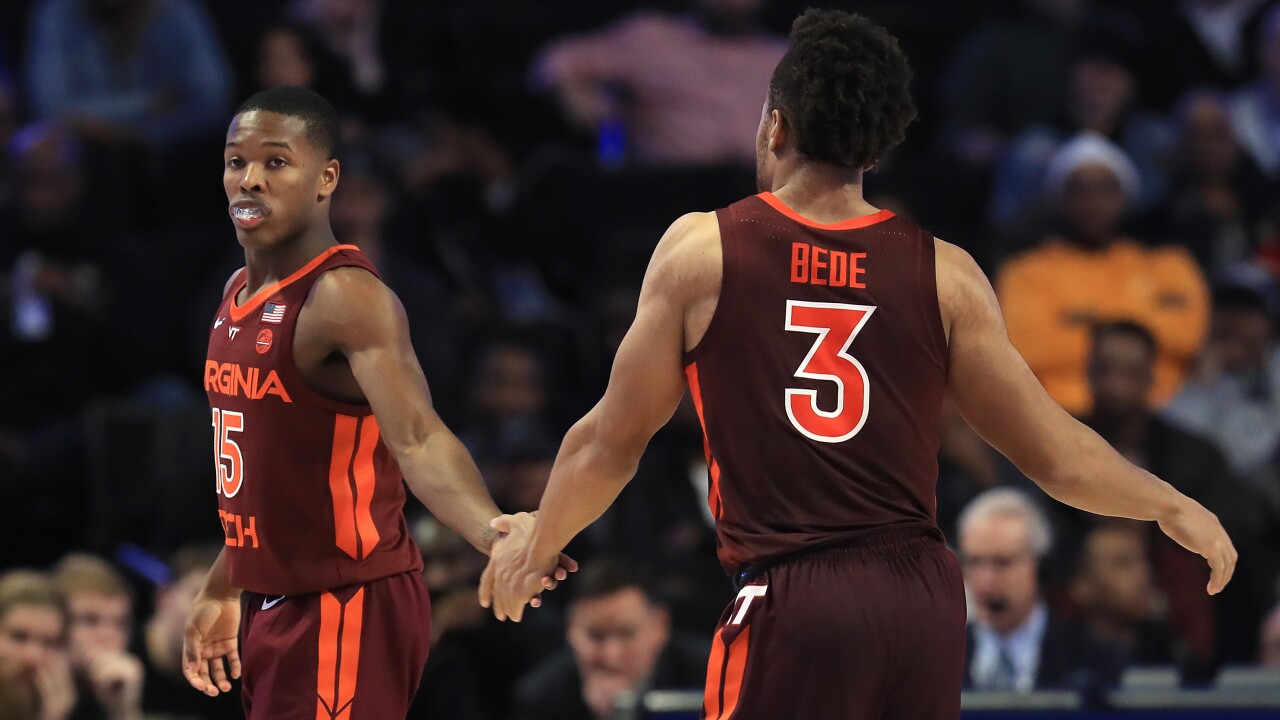 The Hurricanes (11-9, 3-7 Atlantic Coast Conference) built a 22-point first-half lead and withstood a Hokies rally that got them within 63-59 on Landers Nolley’s layup with 1:01 remaining.

Vasiljevic’s layup with five seconds left gave Miami a 69-61 lead. The win snapped a four-game losing streak for the Hurricanes.

Rodney Miller finished with 11 points, including seven in a 24-2 run over a 7:30 stretch that helped Miami build a 41-19 lead in the first half. Miller’s layup with 4:04 remaining capped the surge.

Tyrece Radford scored a career-high 22 points for the Hokies.

Virginia Tech: The Hokies finished with 12 turnovers for the second consecutive game in double figures. Virginia Tech entered the game committing a nation-low 9.7 turnovers per game.

Miami: A depleted rotation has forced coach Jim Larranaga to increase the minutes of freshmen Wong and Beverly and Wong. For the second consecutive game, they played extended minutes — Wong with 32 and Beverly with 29.

Virginia Tech: The Hokies will return home and face No. 5 Florida State on Saturday.

Miami: The Hurricanes play at Pittsburgh to conclude their two-game regular season set on Sunday. Miami beat the visiting Panthers 66-58 on Jan. 12.