NEWPORT NEWS, Va. - Runners carried black and white-striped flags with a thin blue line in the middle honoring Officer Katie Thyne as they started their three-mile course throughout City Center.

“He loves running; it’s a passion of his. He’s been running since he was 3 years old, so he suggested that we come out so I’m supporting him as well,” says a mother who brought her son, Noah, to the run.

“It really touches me,” he said.

He joined more than 100 runners - including the ones in strollers and with paws - and started the race at Tradition Brewing.

Susan Canny is one of the organizers with Flat Out Events. She is also retired law enforcement.

“Their loss is our loss. We wanted to do something to honor Katie and help our Newport News family heal,” says Canny.

Newport News Police Chief Steve Drew says the outpouring of support from the community means a lot to his department.

“This would mean the world to Katie. Katie was all about community policing and interacting with people,” said Chief Drew.

To help support Officer Thyne’s daughter, Raegan, the organization collected donations at the event for the 2-year-old.

Organizers want to make Raegan is taken care of.

“That is our daughter just as much as it was hers, and we will continue to support,” Canny adds. 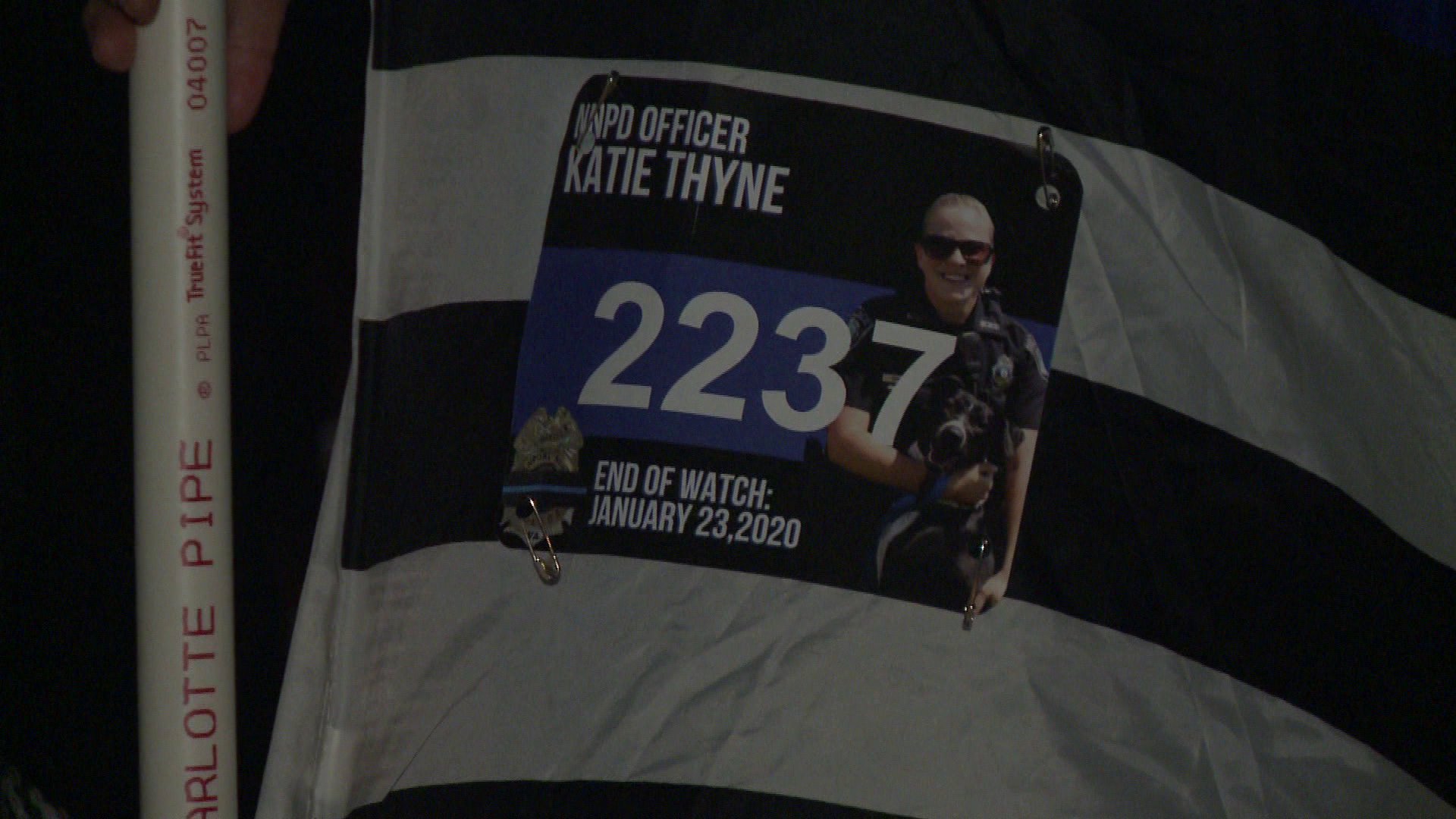