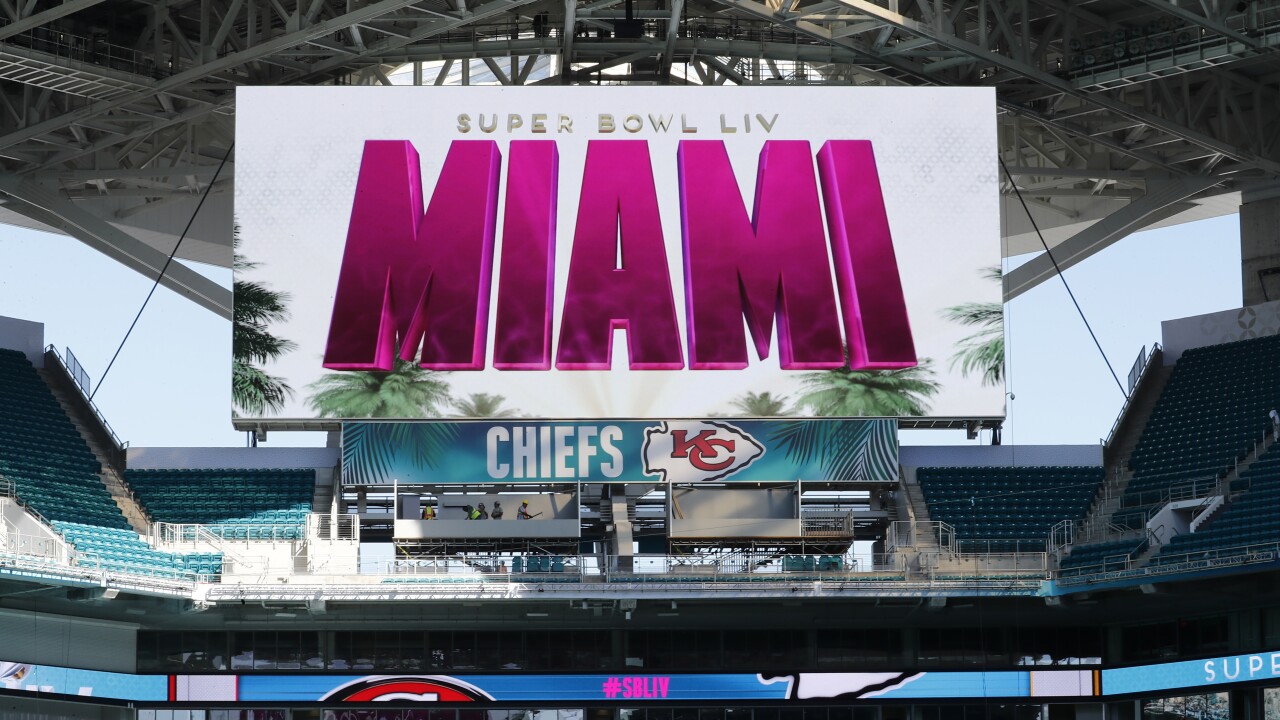 MIAMI (AP) — Private jet service, a personal butler, or how about a meal with former Patriots star Rob Gronkowski to top off Super Bowl weekend? From legendary nightclubs to exclusive parties, no place caters to the rich and famous quite like glitzy Miami.

The city’s most luxurious hotels, clubs and restaurants are offering over-the-top packages to entice big spenders looking for action outside the end zone. One package includes a 4-day cruise around the Caribbean on a private yacht after the game for $720,000.

On Location Experiences’ Sam Soni says their top Super Bowl package last year in Atlanta went for $17,500. This year’s top-tier packages in Miami are $20,000 to $35,000 and include game tickets, a pre-game party and show by Darius Rucker and a chance to mingle with football legends like Dan Marino and Marcus Allen.

“We’ve seen just unprecedented sales for that product,” Soni said. “It’s really a three- or four-day event for most of our clients. In Miami having so many options for entertainment and the weather all certainly come into play.”

Not all of those enjoying the perks will be paying out of pocket, because many of the high-end packages are purchased by corporations. But On Location says many customers also are wealthy fans who just want to be a part of the experience.

Preparations are underway during a tour of the Hard Rock Stadium on Tuesday, Jan. 21, 2020, ahead of the NFL Super Bowl LIV football game in Miami Gardens, Fla. (AP Photo/Brynn Anderson)

But it’s not all gitz and glamour in Miami. Promotions will likely focus on luxurious waterfront skylines and not the poorer neighborhoods of Allapattah, Liberty City and Overtown, where more than three-quarters of residents are low-income or low-to-middle income. Many fans there won’t be able to afford even the lower-end tickets priced at $4,400.

Thousands of fans will descend on Miami just for the nightlife and never set foot inside the stadium.

“There’s just going to be so many parties. And it’s going to take over the city,” said David Grutman, the man behind some of South Beach’s most exclusive clubs and restaurants including LIV, Story and Swan.

“Miami on its own is always over the top, then you put the Super Bowl on top of it and it’s the perfect recipe for decadence and extravagance.”

Tables at LIV nightclub are booking for $20,000 during Super Bowl weekend — up from their usual cost of $5,000. Grutman said his steakhouse has more than tripled its order for steaks to 1,000 for Super Bowl week, along with crates of caviar.

Here are some of the blingiest packages for high-rollers:

1. Tables on the patio at Swan restaurant, which Grutman co-owns with singer Pharrell Williams, are going for a minimum of $10,000.

2. VIP tables to the MAXIM magazine party where The Chainsmokers will perform on a private island run around $20,000 unless you want to grab 11 of your closest friends and hitch a ride on a private helicopter for $65,000.

3. Packages at Shaquille O’Neal’s Fun House are going for $30,000 to $100,000 with the top package including 20 tickets to the game, a chance to hang with Shaq, your own private security and 30 bottles of champagne and liquor to wash away any buyer’s remorse.

4. Hanging with former Patriots star Rob Gronkowski at Gronk Beach will also set you back six figures. His $100,000 package includes 20 game seats and all the amenities including table and bottle service afterward, plus he’ll stop by your table for a chat.

5. The swanky 1 Hotel South Beach is offering a $1.5 million package for 20 that includes airfare, game tickets, a private butler, lodging at 10 oceanfront homes, a private dinner and a personal guru. Their cheapest package will set you back $200,000 and includes two tickets on the 50 yard line, a stay at a one-bedroom oceanfront home and field access after the game.

6. Private aviation company NetJets and luxury yacht charter company Northrop & Johnson teamed up to deliver what may be the most indulgent package of all, coming in at a whopping $720,000. Two guests will be flown to Miami in a private jet and put up in a suite at the Ritz Carlton to rest up before game day. After the game, a private jet will whisk you away to the Caribbean where you’ll spend four days sailing the tropical islands on a 236-foot, six-stateroom private yacht.___An earlier version of this report had an incorrect spelling of David Grutman’s last name.