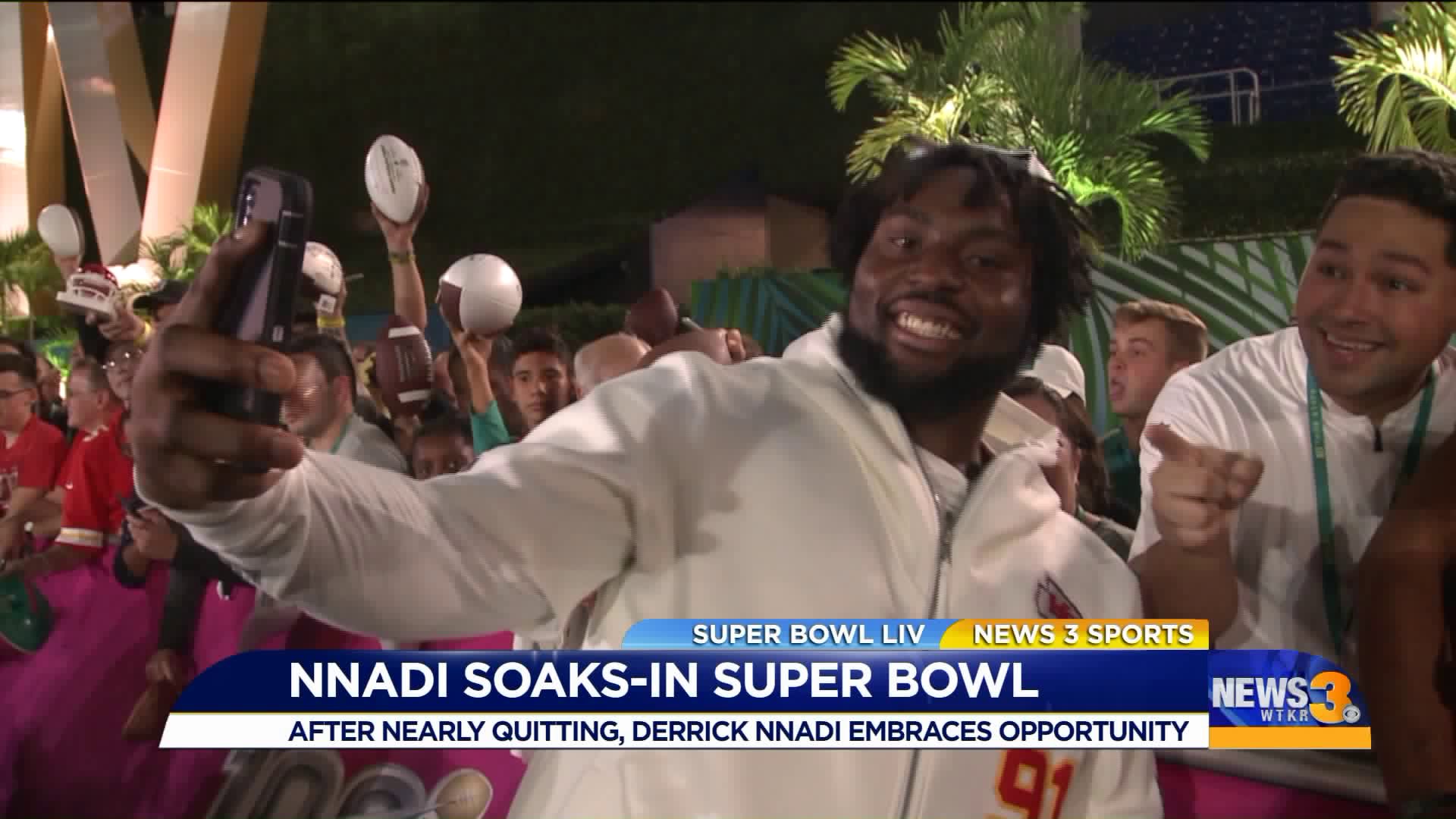 "I've been taking everyday, taking it all in - day by day," Nnadi told News 3 Wednesday.

And it's good the second-year defensive lineman for the Kansas City Chiefs is taking it all in and stockpiling each and every day of his first-ever Super Bowl. Why? Because whether he wants to or not, he's sharing it with others.

"I mean, for any football player, the ultimate goal is the Super Bowl," Nnadi admitted.

The hallways inside Virginia Beach's Corporate Landing Middle School, where Nnadi first played football as an eighth grader, display flyers featuring Derrick as a teenager and ask the current students: What is your dream? While Nnadi's dreams of playing in the NFL started at his middle school alma mater, they nearly ended at his college alma mater - Florida State.

"The people that were trying to get connected to my life, so to speak - they were a lot of toxic people," Nnadi recalled.  "They got so involved, it had me to the point where I wanted to quit football."

That situation played out prior to Derrick's senior season with the Seminoles. He obviously stuck with it. And after his senior year, News 3 was with Nnadi and his family the night he was selected by the Kansas City Chiefs in the 2018 NFL Draft. His dream and his emotions that night: both very real.

"Honestly, this is the best feeling in the world," Nnadi told News 3 minutes after he was drafted. "It's a long time coming, man. A lot of things I've been through," he said while fighting back tears.

"I just told myself, I'm dropping everything to stay focused on one major goal: to get to the NFL," Nnadi said about his decision to close his inner-circle prior to his senior year at FSU. "When I finally got to that spot, being drafted to the NFL, I just had no other choice but to smile."

So, don't blame Derrick Nnadi for soaking-in the Super Bowl.