"When I think about her and my interactions with her, all I remember is her bright blue eyes and her big smile in every picture. Every picture I have seen of her is the same impression," said Brigette Dugan, the shelter's program coordinator.

"I remember her being very excited - a huge dog lover, and she was playing with dogs, asking questions," Dugan said.

With five dogs of her own, Thyne was the perfect fit for the shelter's ever-popular "Tail Wagging Tuesday" adoption program.

"Every time I saw her with one of our Tail Wagging dogs, she was the first one to get up out of class to pet the dogs. She was so excited, so passionate," Dugan said. 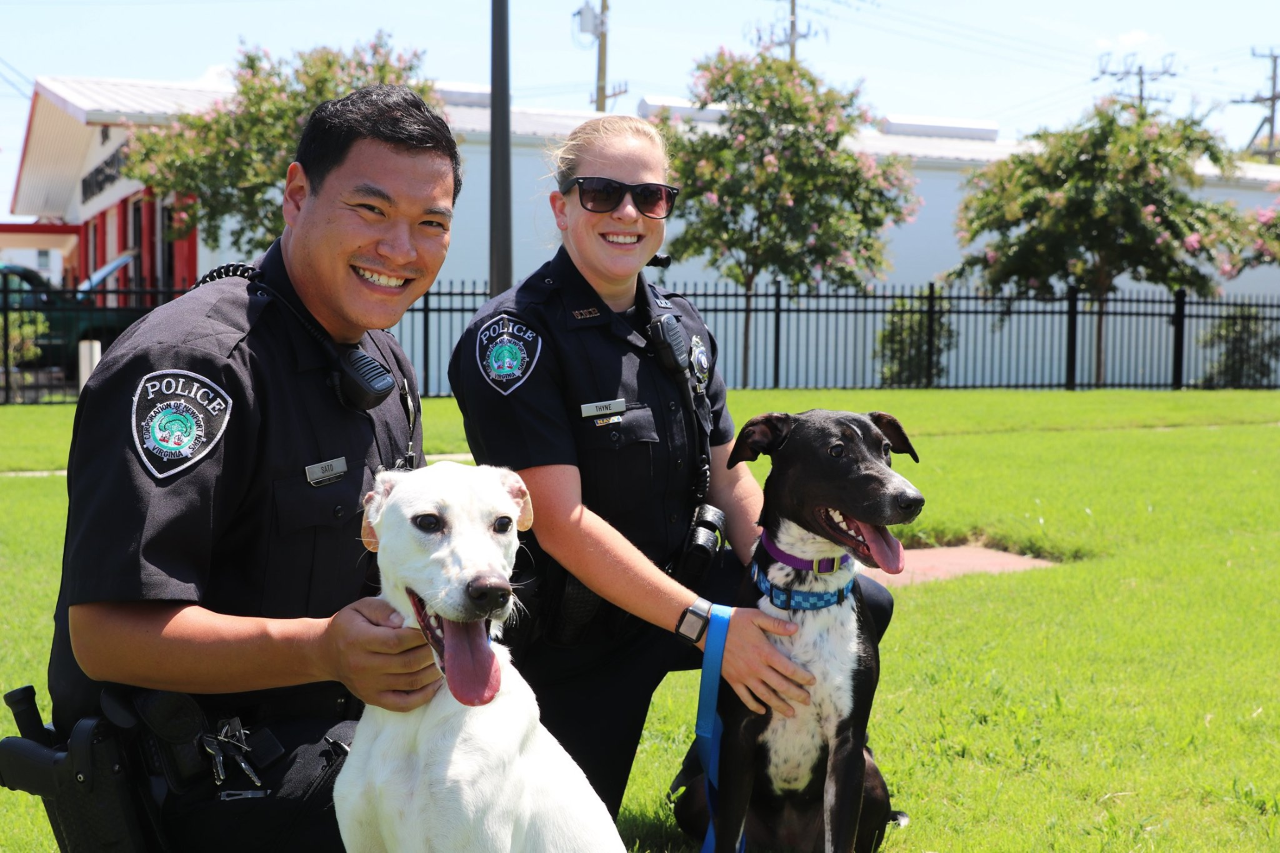 Tail Wagging Tuesday is a partnership between the Peninsula Regional Animal Shelter and the Newport News Police Department that aims to recruit officers to the department while also decreasing the animal population at the shelter.

"After Katie died, the picture of her and her field officer taken on Tail Wagging Tuesday was shown everywhere," said Dugan.

Dugan says the pictures they first posted on Facebook have gone viral across the internet and have been displayed on TV stations across the country.

Outside the shelter, they are also honoring the fallen officer on their sign.

"It's a very somber reminder, but it also feels really good. We can show our support and let the police department know we won't forget her and everything she did for our shelter animals as well," Dugan said.

"We have some amazing tributes in the works, and we think she would want that," Dugan said.