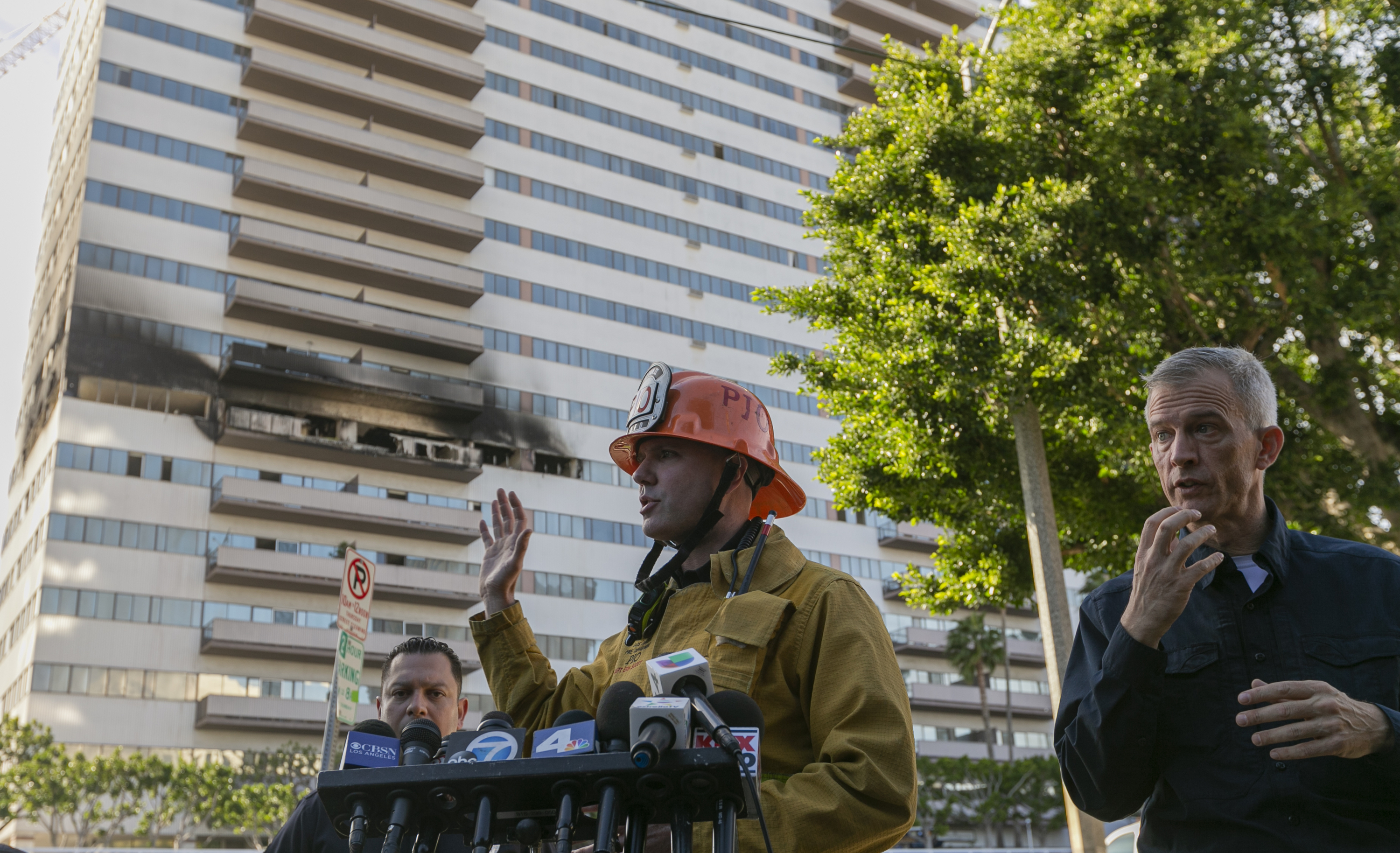 Authorities say a 19-year-old French citizen has died after he was gravely injured when flames tore through a Los Angeles apartment tower this week.

The man, identified as Jeremy Bru, died Friday evening at a hospital. KCBS-TV says he was a foreign exchange student.

He was staying at the 25-story Barrington Plaza apartment complex when fire erupted there Wednesday morning.

Bru was among 11 residents who suffered burns or smoke inhalation.

The cause of the fire is under investigation. Authorities say the 1961 building had no fire sprinklers — which weren’t required because of its age.