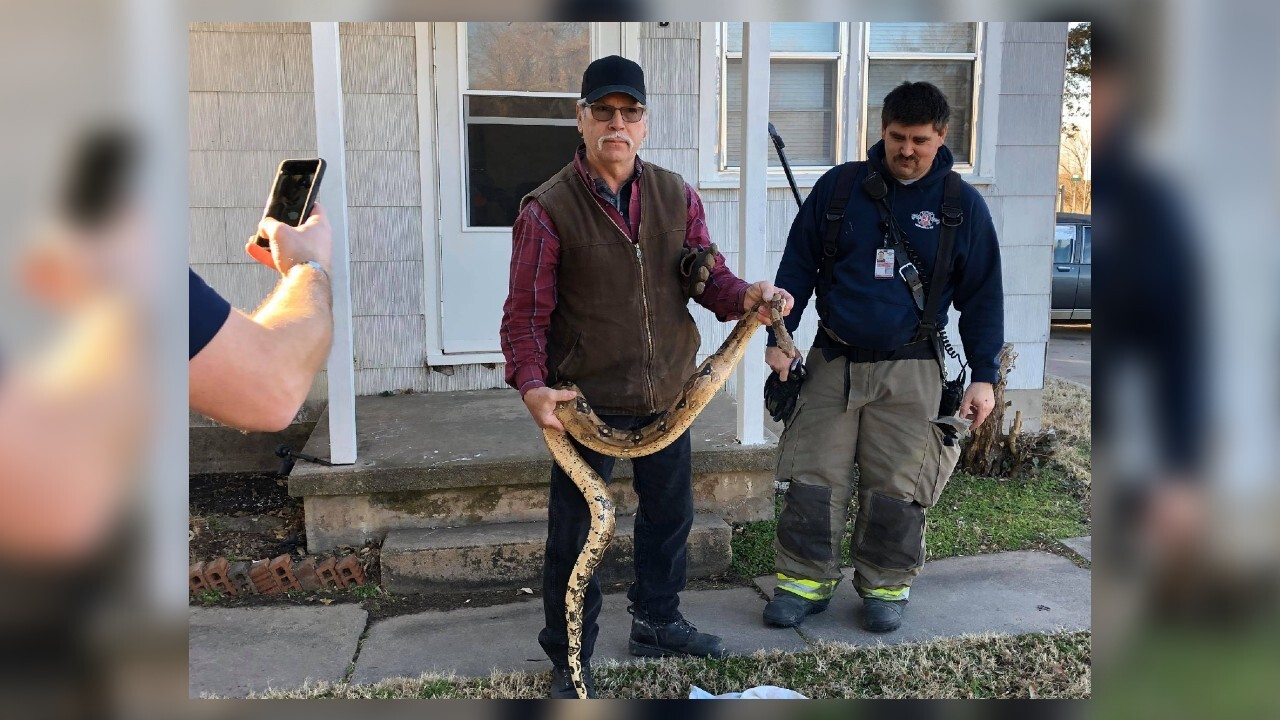 ROSE HILL, Kan. – Imagine sitting in your house, minding your business, when you spot a 6-foot boa constrictor. Well, that was the case for one Kansas man, KGUN reported.

On Monday, Butler County District #3 says it responded to an “unusual call” from the man who reported finding the large snake in his living room couch.

When crews arrived to the Rose Hill home, the department says its resident snake charmer, Deputy Fire Chief Melvin Linot, wrangled the serpent and was able to remove it.

The thing is, officials say the homeowner has no idea who the snake belongs to or where it came from.

Law enforcement is urging anyone who may know who the snake belongs to, to call officials at 316-776-0401.

Wednesday, the department’s fire chief, James Woydziak, told ABC News that the snake had still not been claimed and they’re trying to figure out their next steps.

If the owner doesn’t come forward, it seems it won’t be hard to find the snake a new home. Many people in the comments section of the department’s Facebook post have offered to adopt it.

This story was originally published by the Scripps National team.