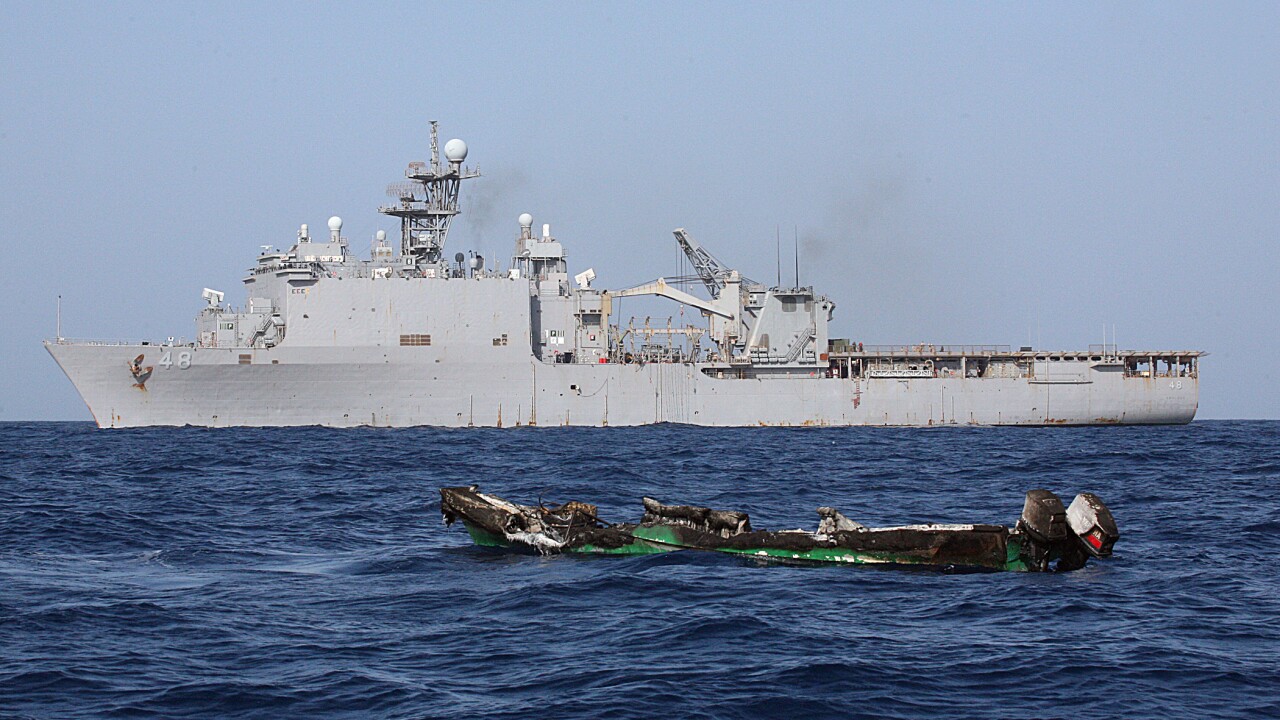 NORFOLK, Va. – A federal judge in Norfolk has refused to vacate the life sentence of a Somali man convicted in a 2010 attack on a U.S. Navy vessel off the coast of Africa.

A judge in Norfolk issued a ruling Friday rejecting Mohamed Abdi Jama’s claims that his lawyer was ineffective.

Jama was sentenced to life in prison in 2016 for piracy.

Authorities say Jama and other Somalis approached the USS Ashland in the Gulf of Aden and opened fire with AK-47s.

The Navy recognizes important milestone in fight against pirates

Somali pirates convicted in attack on the USS Ashland