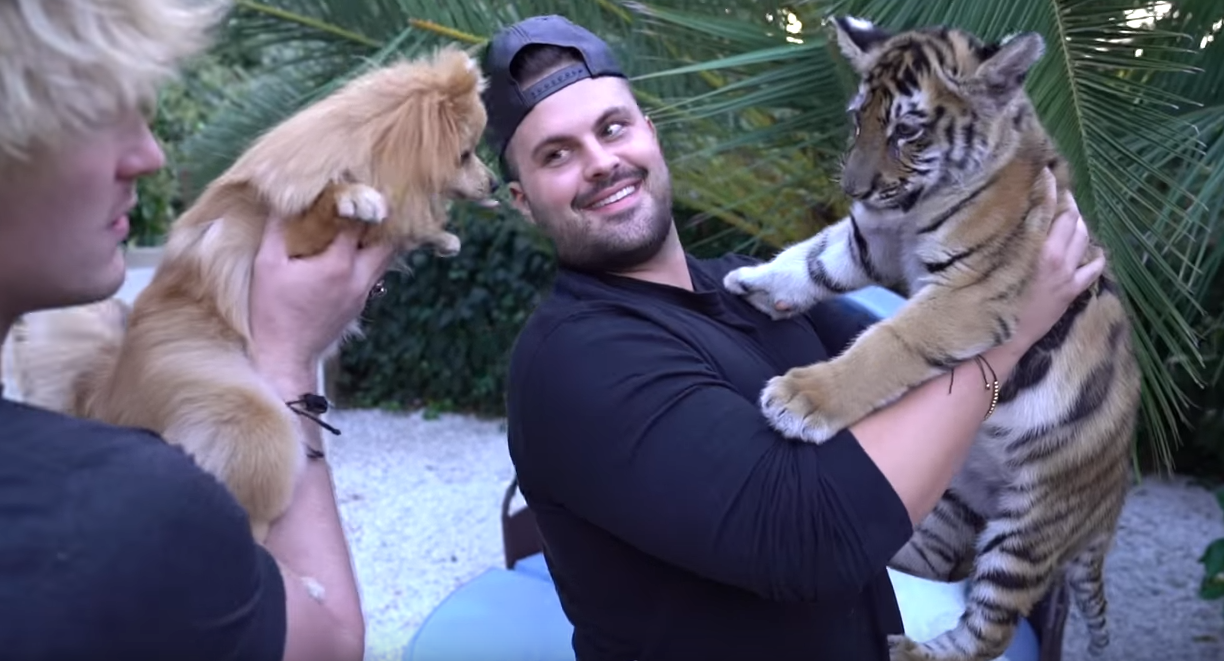 A Southern California man has been convicted of illegally owning a tiger cub that appeared in a video with controversial YouTube star Logan Paul.

The Los Angeles City Attorney’s office said 33-year-old Nicholas Perkins was placed on probation for three years, ordered to pay $6,000 in fines and $52,000 in veterinary bills after the tiger was seized in November 2017.

Authorities determined the tiger’s location after being alerted to an Instagram post and a video in which Paul introduced his dog to the wild animal.

As part of his sentence, Perkins agreed to cooperate with any investigation into who bred and sold the tiger.