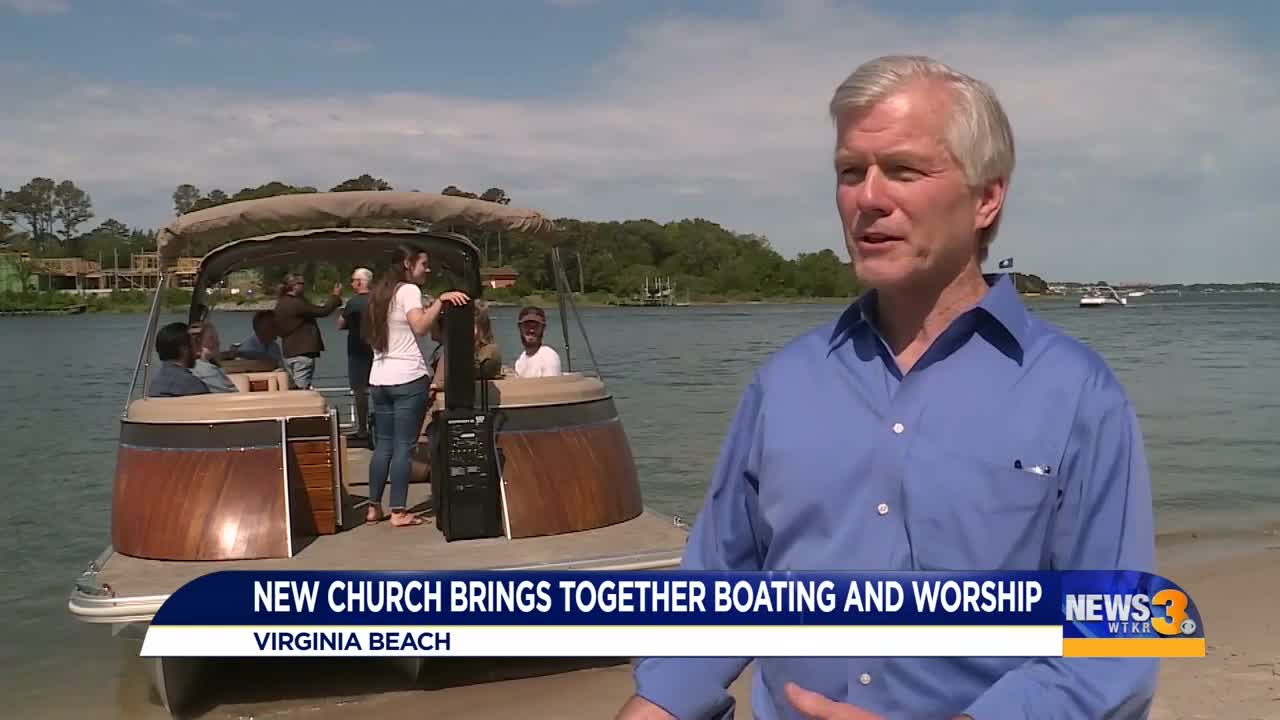 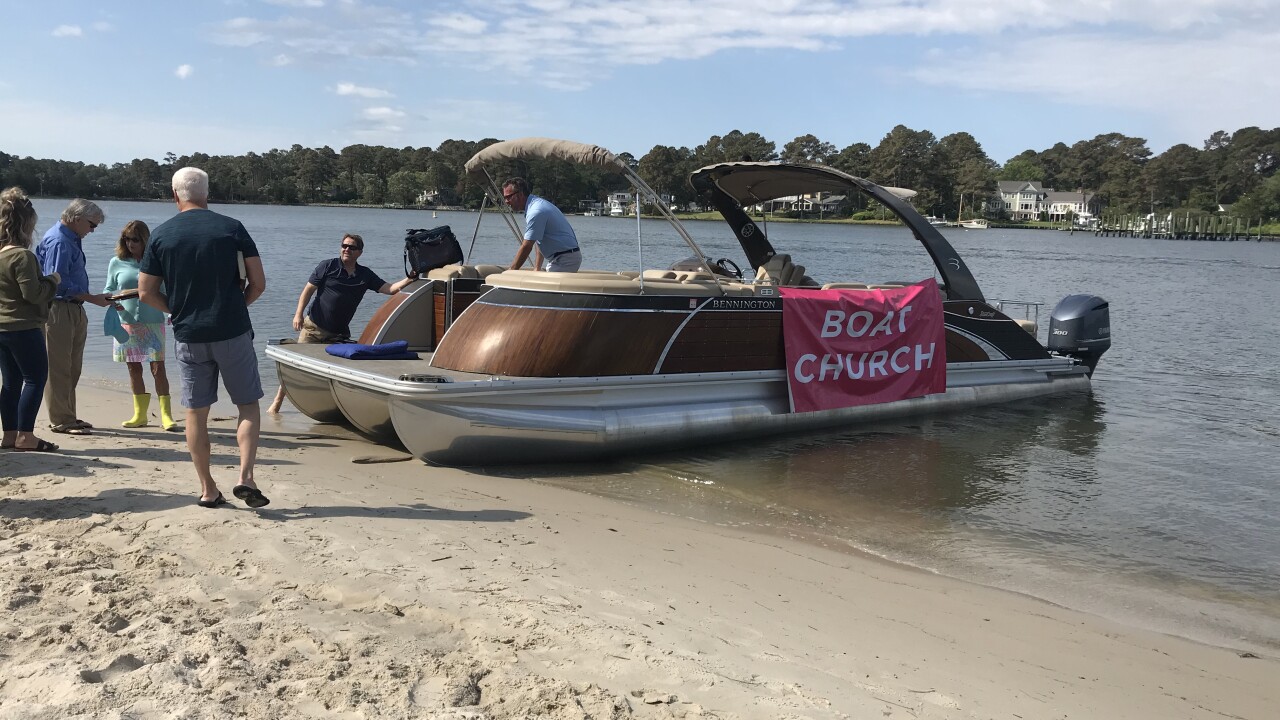 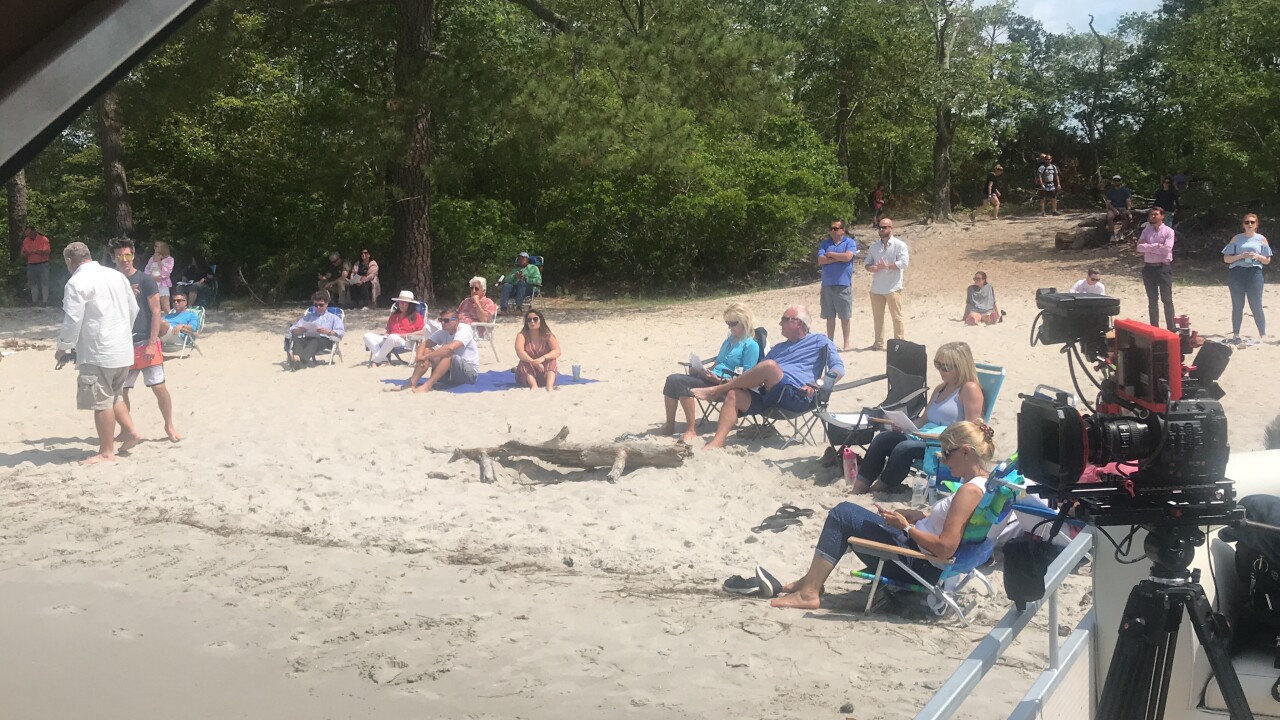 VIRGINIA BEACH, Va. - Church worshipers set sail Sunday morning with a new kind of church -- The Boat Church. There were no pews or altars, just sand, boats and water.

The sun shone on Sunday over the inlet connecting Broad Bay and Linkhorn Bay at First Landing State Park. Over a dozen boats gathered on the inlet, while others who preferred to stay on land lined up along the sand at the boat launch off 64th Street.

"I thought, one day, that would be nice to have in Virginia Beach," Bob McDonnell, one of the organizers and former Virginia Beach governor, told News 3.

He and a group of people got to work to start up The Boat Church. It brought together those worshipers and boaters, as well as Trinity, Rock and Big House churches. The churches helped with the sermons.

"I captured the idea 10 years ago when I saw it at Smith Mountain Lake," McDonnell explained. "Our original idea was people who wanted to go to church, but it's a beautiful Sunday and they also want to go out and be on the beach, the water. Now they don't have to make a choice."

Among the congregants included boater Phil Richards. He said he heard of a boat church concept in the Caribbean and was delighted to see that concept brought locally.

"The beauty of Hampton Roads is the amount of water and the different locations and spots you can enjoy," Richards said. "This actually just brings another element where you have church on the water as well."

The Boat Church debuted on May 31st to coincide with the one-year anniversary of the Virginia Beach Mass Shooting where 12 were killed. The shooting happened in Building Two at the Virginia Beach Municipal Center, where a disgruntled employee shot and killed his coworkers.

A moment of prayer was given to them, with Mayor Bobby Dyer leading that eulogy.

"Be assured that in perpetuity we will remember this event in our history," Dyer said.

The Boat Church will continue services every Sunday through September 6, starting at 10:30 a.m. Worshipers will meet at the First Landing State Park boat launch off of 64th Street. The sermons can be heard of VHF radio channel 88 for those worshipers with very high frequency radios.

McDonnell said anyone can join with their own boat or stay on the sand while maintaining social distancing.

More information on the boat church, such as weather updates impacting sermons, can be found on the Boat Church's Facebook page.