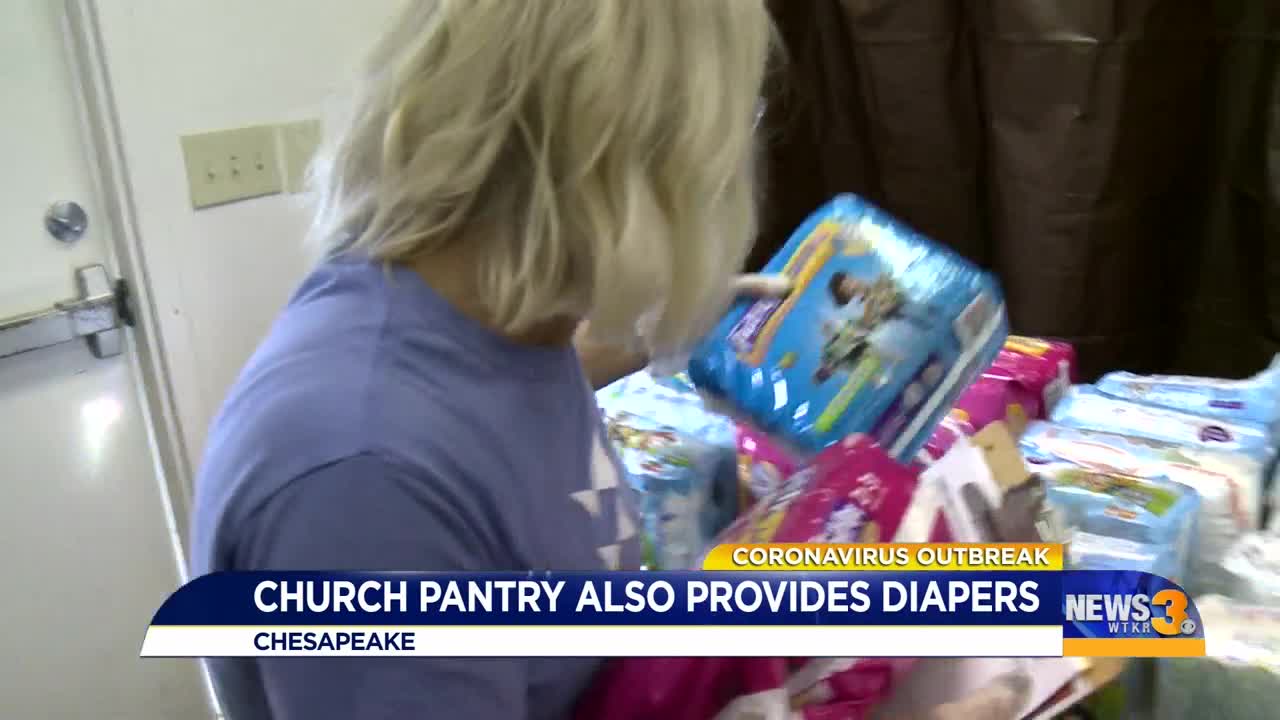 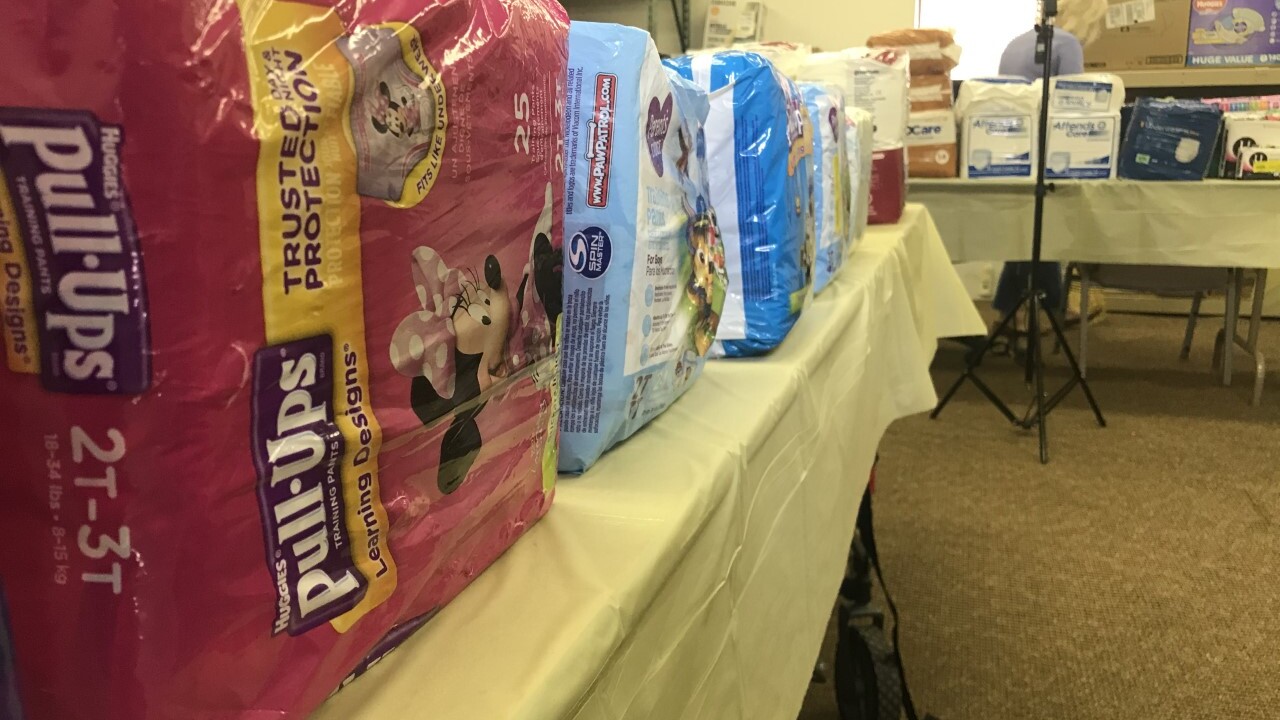 CHESAPEAKE, Va. -- Heritage Church in Chesapeake has a food bank just like any other church, however they also have something extra. Behind a gray curtain that splits the pantry are tables with stacked diapers called a "diaper bank."

That diaper bank proved to be a blessing for Chris Hamel and Heather Smith, and their 16-month-old daughter.

"We're just trying each day to just make it through and see what happens," Hamel said.

That's because he and his wife were laid off from their jobs. Their situation is similar to others laid off and furloughed due to the COVID-19 pandemic, also known as the coronavirus.

Their financial situation is uncertain, they said, adding that finding diapers has been hard until they heard about the diaper bank.

"There has been cutbacks on certain things," Hamel said. "But diapers, that's one thing we try to keep on hand."

The diaper bank not only has diapers for children, it is also stocked with diapers for adults.

"It's just a part of what we were already doing to help people," Connie Lowe, the coordinator of the food pantry and diaper bank, explained, "That now we get to even, maybe, be more of a blessing to them,"

She described situations people were in, such as those displaced and without jobs, that turned to the diaper bank, in addition to the food pantry, for diapers. She said they will not ask you for identification or income.

"They are trying to purchase more food and things like that, that are necessary," Lowe said, "But again they're needing diapers."

The diaper bank at Heritage Church started five years ago. It continues to provide diapers to those in need thanks to donations, and organizations such as Operation Blessing and the Greater Hampton Roads Diaper Bank -- A non-profit organization that provides supplies of diapers to local social services and faith-based organizations.

"Hopefully we'll be able to stay ahead of the virus and keep everybody all dry," Lowe said.

Before you drive out to the church for diapers, there could be a diaper bank closer to you. That is because the Greater Hampton Roads Diaper Bank has 35 partners including Heritage Church.

The Heritage Church Diaper Bank is open on the third Thursday of each month from 9 a.m. until 11 a.m. or by personal appointment. You can call (757) 406-9286 to schedule an appointment there.