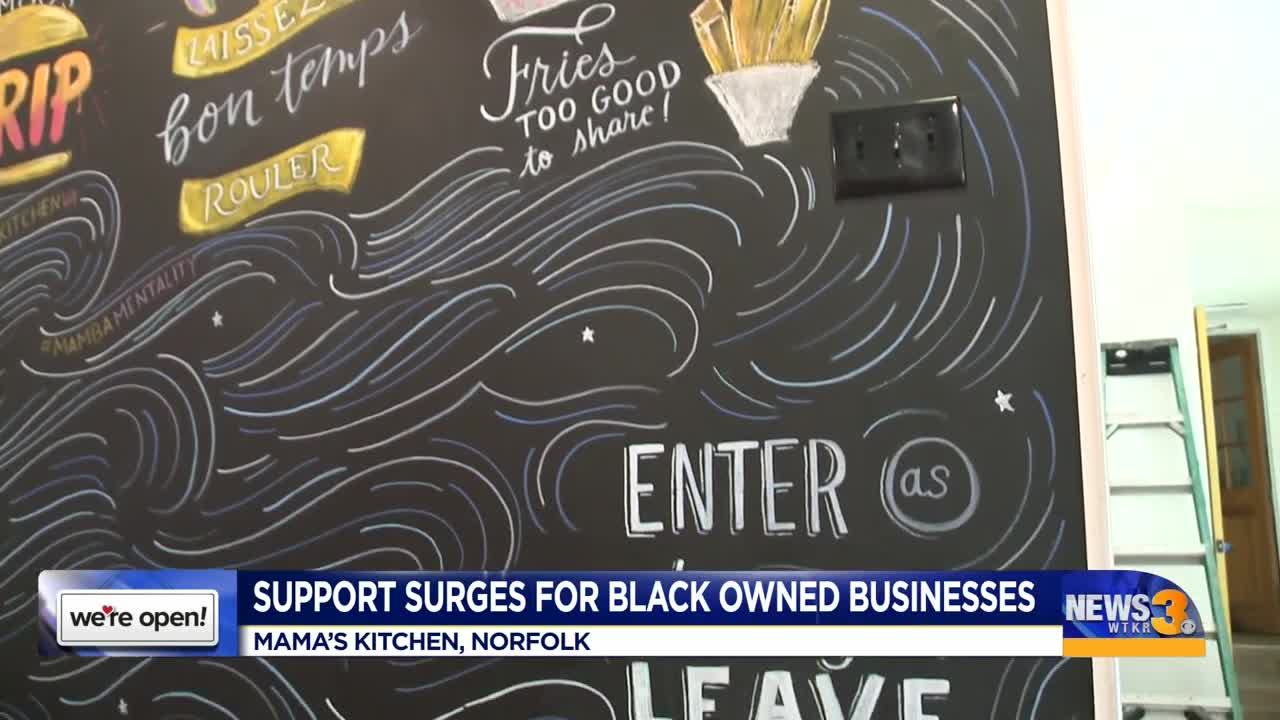 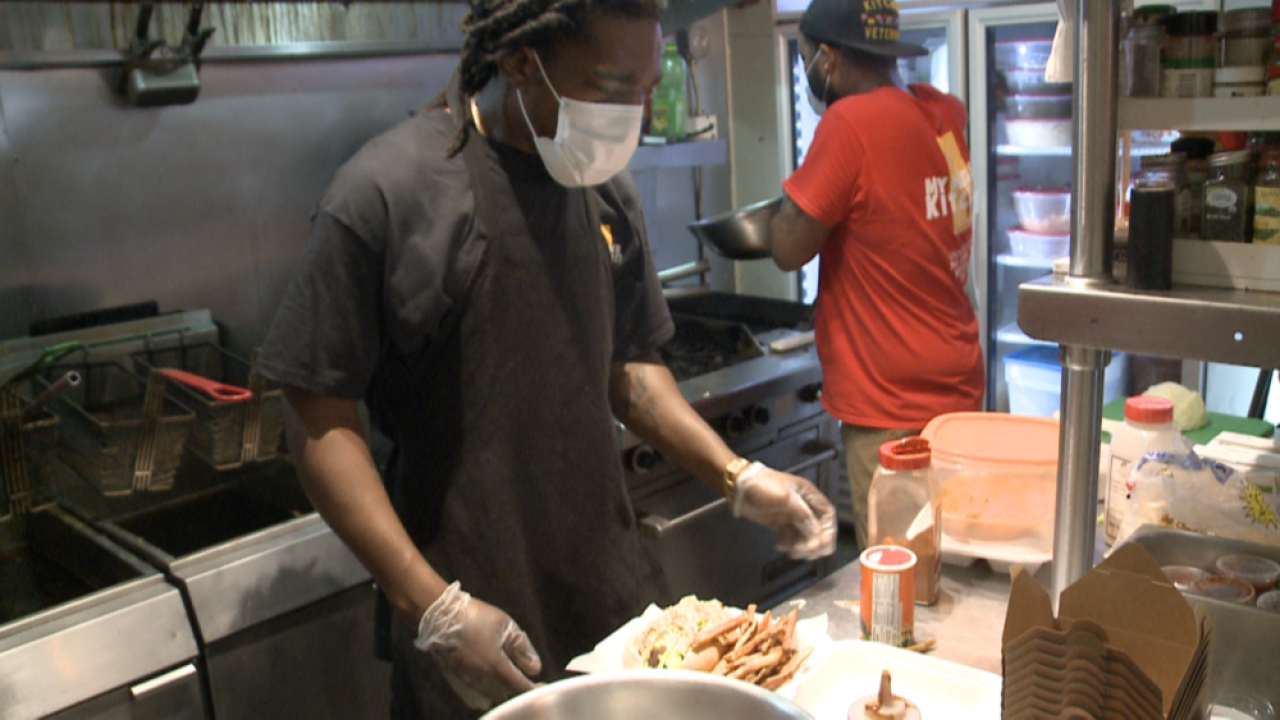 NORFOLK, Va. - The flames and the fryers have been in overdrive this past week inside My Mama's Kitchen in Norfolk.

"My mother used to sell chicken wings on the corner in Harlem," said Mo Stevenson, part-owner of the eatery near East Beach.

Those wings became the springboard of the menu at the restaurant, food he likes to describe as "non-traditional Cajun Soul Food."

"It is just really about cooking food that's from the heart," said Stevenson.

He's been pumping out food from the heart along with his mother since 2012.

"We have a wide array of people that come here, including a lot of military," he said.

"We have had people coming out with Black Lives Matter signs and taking pictures in front of the restaurant," said Stevenson. "It is amazing; it touches you. People are coming all the way from the Outer Banks."

That support, he believes, was prompted after ongoing protests, alongside the demand and yearning for long lasting change after the death of George Floyd.

"It is important to show solidarity and unity because we are all in this thing together, and Black lives do matter," he said.

Stevenson wants the new support to continue at his restaurant as well as outside his dining room doors.

"The problem some times is we start this and then it fades out and I hope that does not happen," he said.