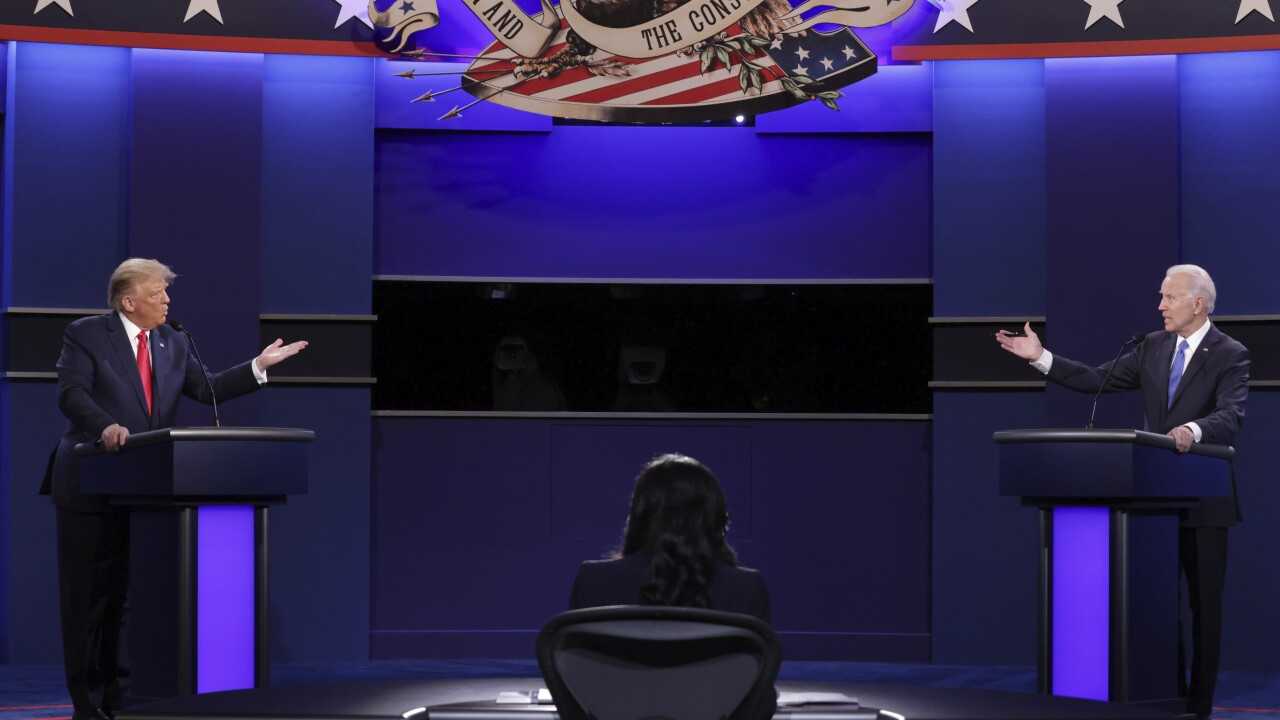 Here's a look at how their statements from Nashville, Tennessee, stack up with the facts:

THE FACTS: He's wrong about “Obamacare.”

Then-President Barack Obama promised if you liked your health insurance, you could keep it under his Affordable Care Act, but that’s not what happened for some.

When “Obamacare” took effect in 2014, several million people lost individual health insurance plans that no longer met minimum standards established by the law. A backlash forced the White House to offer a work-around, but the political damage was done.

Health insurance is such a complicated area that almost any action has the potential for unintended consequences.

THE FACTS: Trump is not being honest about his taxes.

Reporting by The New York Times, which obtained his tax records, contradicts his claims.

It’s not clear what Trump is talking about with regard to prepaying his taxes, but what matters is what he ultimately owed the government. Americans often have their income tax payments deducted from their paychecks. The Times reported that Trump, starting in 2010, claimed and received an income tax refund that totaled $72.9 million, which was at the core of an ongoing audit by the IRS. The Times said a ruling against Trump could cost him $100 million or more.

Nor did Trump close his Chinese bank account, according to Alan Garten, a lawyer for Trump’s company. He told the Times that the account remains open, though the company’s office in China has been inactive since 2015.

TRUMP: “Joe got $3.5 (million) from Russia. And it came through Putin because he was very friendly with the former mayor of Moscow, and it was the the mayor of Moscow’s wife. And you got $3.5. Your family got $3.5 million. Someday you’re going to have to explain why.”

THE FACTS: There is no evidence of this. Trump is falsely characterizing a recent report by Republican Sen. Ron Johnson, who investigated Biden’s son, Hunter, and his business dealings in Ukraine.

The report did not allege that Joe Biden himself got $3.5 million or that Russia President Vladimir Putin had anything to do with such a payment. Nor does the report allege that Hunter Biden pocketed the money himself. The report said the sum went instead to an investment firm he co-founded. Hunter Biden’s lawyer has said in a statement to reporters that his client had no interest in and was not a founder of the firm.

THE FACTS: This was his first line in the debate, and it is false. The U.S. death toll from the pandemic was not expected to be that high.

Such an extreme projection was merely a baseline if nothing at all were done to fight the pandemic. Doing nothing was never an option and public-health authorities did not expect over 2 million deaths.

Trump often cites the number to put the reality of more than 200,000 deaths in a better light and to attempt to take credit for reducing projected mortality.

At an April 1 briefing, when Trump and his officials discussed an actual projection of 100,000 to 240,000 deaths, the president held out hope of keeping deaths under 100,000. “I think we’re doing better than that.” He has repeatedly moved the goal posts to make the massive mortality and infection numbers look better.

THE FACTS: No, the coronavirus isn’t going away. It’s coming back. New cases are on the rise toward their summer peak. Deaths have also been increasing.

According to data through Oct. 21 from Johns Hopkins University, the 7-day rolling average for daily new deaths in the U.S. rose over the past two weeks from 695 on Oct. 7 to 757 on Oct. 21.