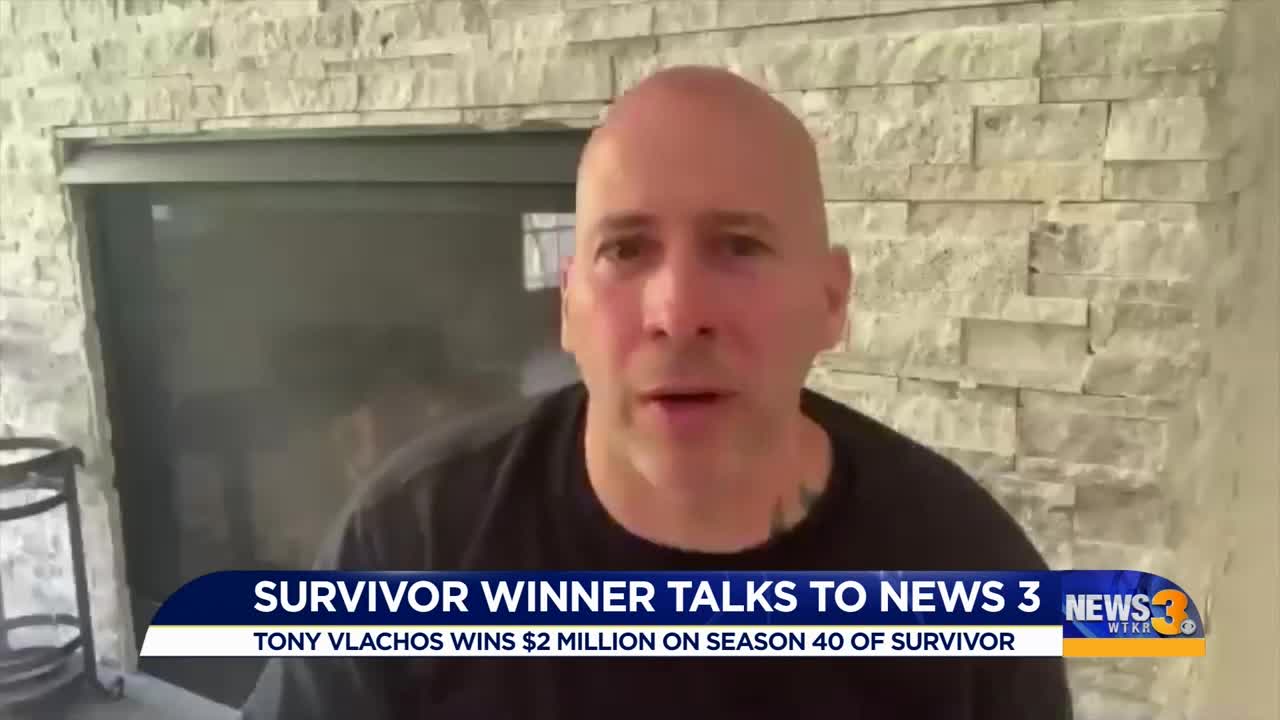 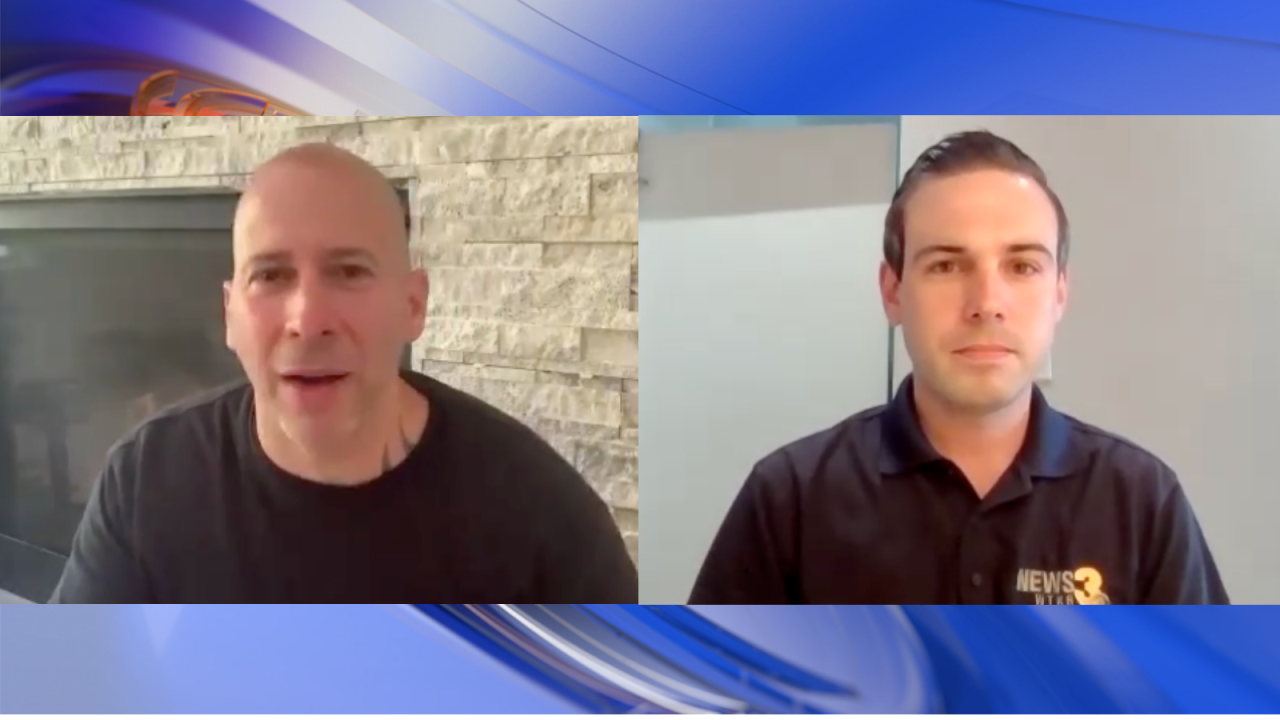 The season, which brought back the Edge of Extinction and introduced a fire token economy, saw 20 previous winners compete again to mark Survivor's 20th year on the air.

The morning after his win, Vlachos talked one-on-one with News 3 anchor Todd Corillo.

"I went in there very humble. I knew I was a big target to begin with, but all these players there were winners. They had to manipulate 19 other people on their season to win the game, so I knew I wasn't dealing with rookies out there."

Survivor Winners at War finished filming in Fiji in June 2019, but as in past seasons, the winner isn't revealed until the finale.

Given social distancing requirements brought on by COVID-19, a traditional live studio event in Los Angeles was scrapped, with the winner instead being crowned over video conferencing platform Zoom from host Jeff Probst's garage.

The $2 million cash prize is the largest in reality TV history, and Vlachos says his plans for the money are much different now given the pandemic.

"When I was taping, when we knew it was $2 million, I was saying, 'Oh my God, what I could do with this money.' I could reinvest it and buy properties all over the place and do big things with the money. Now in this economy, how it's collapsing, I'm petrified. What I have to do with this money is pay off all the mortgages that I have out there."

Vlachos, who has played twice before on seasons 28 and 34, told Corillo he'll only play a fourth time if there's a "seniors edition" of Survivor.