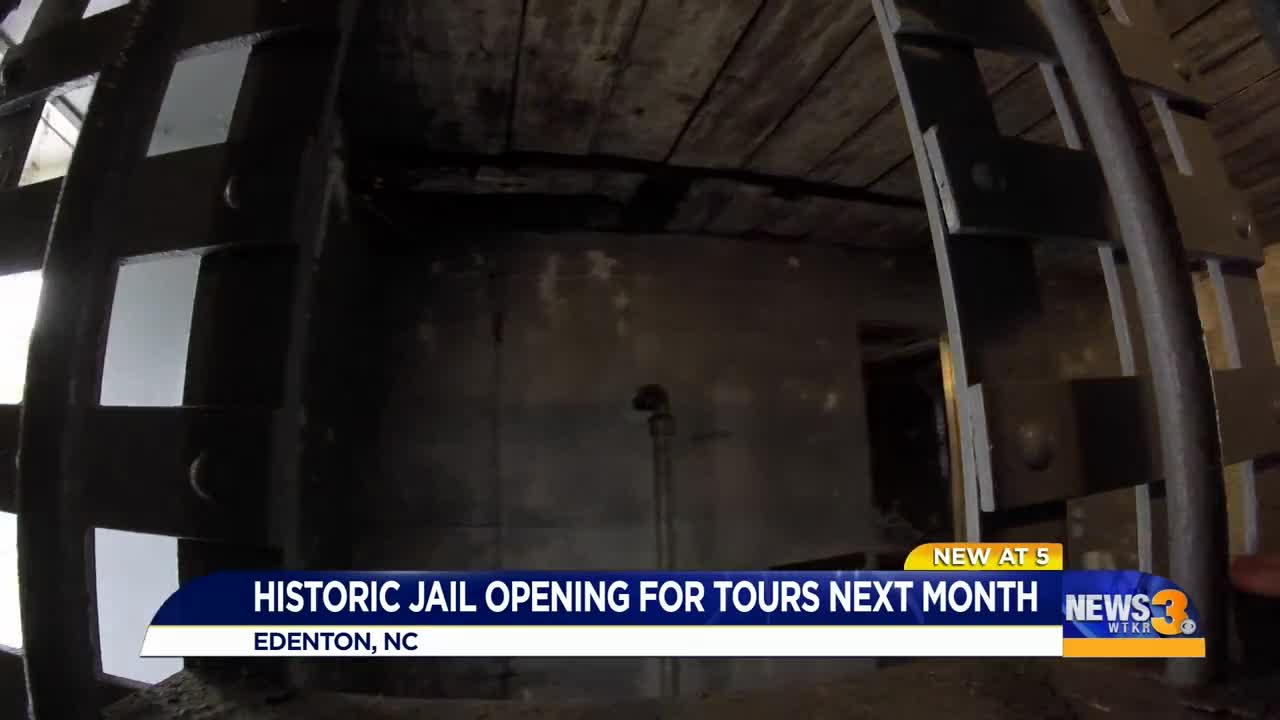 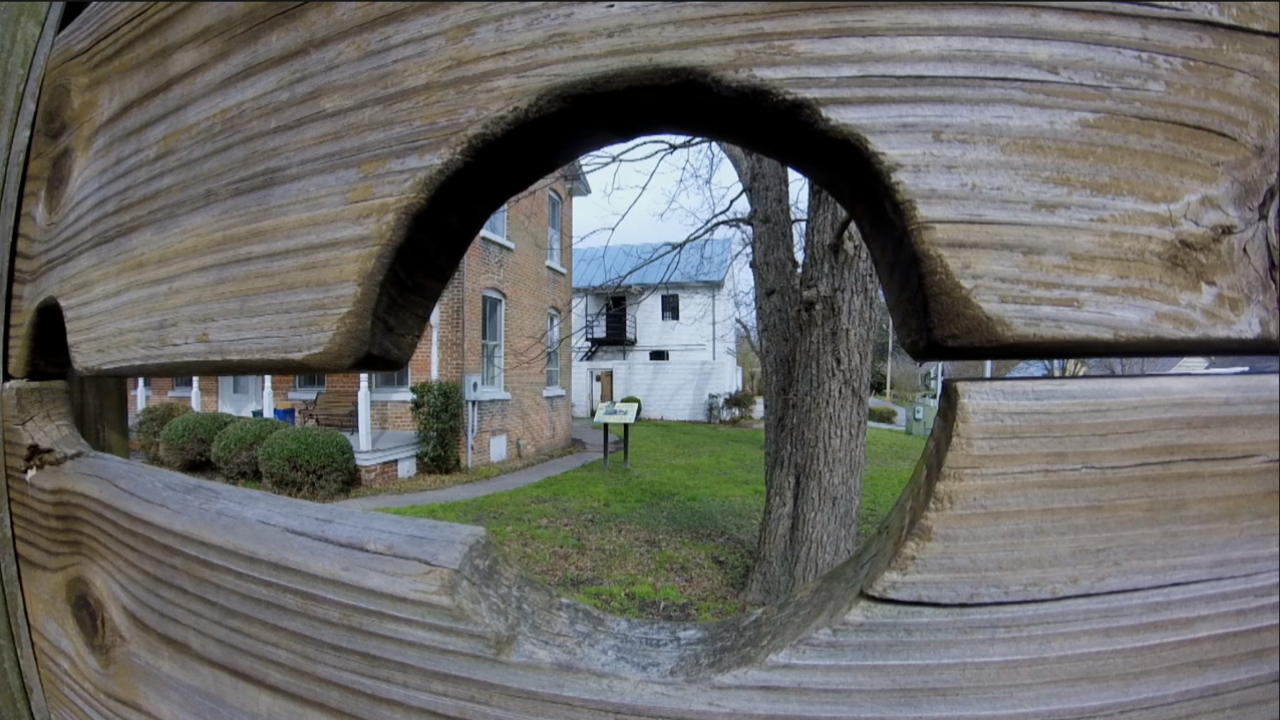 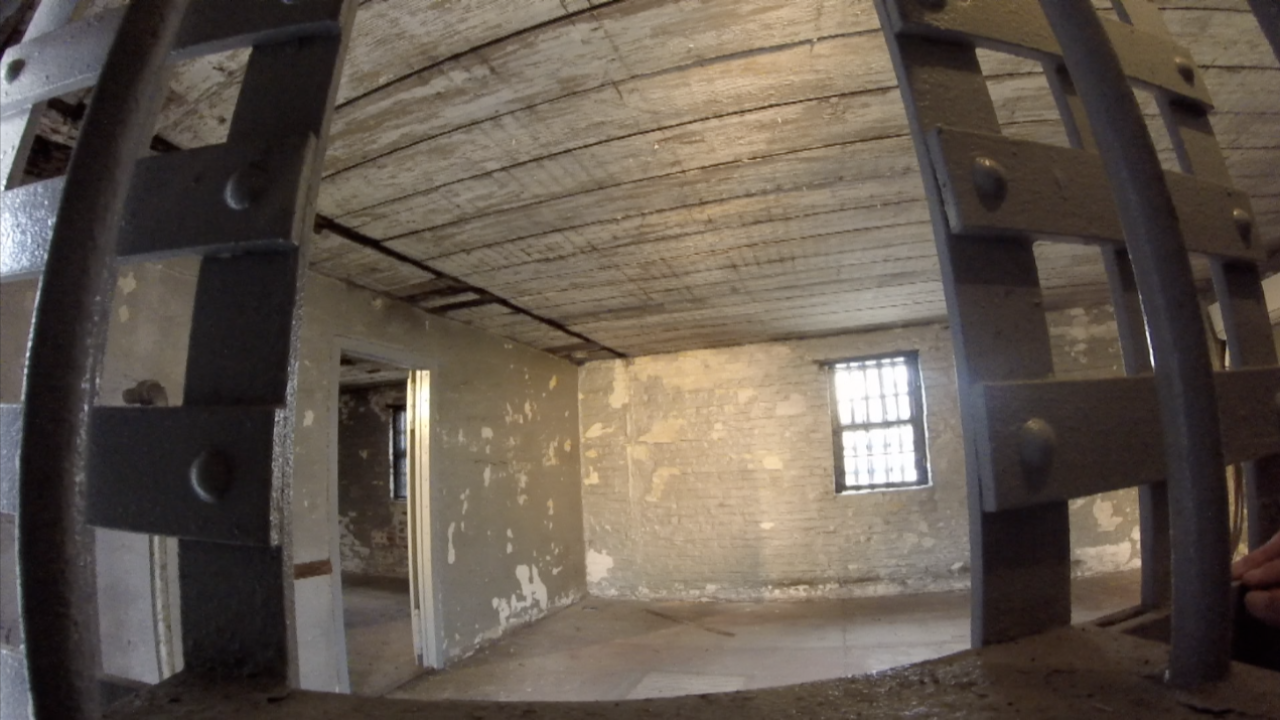 EDENTON, NC - Situated on the banks of the Chowan River sits the quaint town of Edenton, known for its historic buildings, grand homes and federal architecture.

But one building in the quiet river town is far from charming. It's bleak, dark, and dismal. The historic Edenton jail has remained unchanged for nearly 200 years.

"This is the original lock and original key," said Dawson Tyler, with Edenton's Historic Commisson.

"At that time it was the longest serving jail in U.S. History," said Tyler.

News 3 took on tour of the historic site on Tuesday.

" We are heading into the cell block itself, and you are hit with a stark, cold, brutal reality," said Tyler.

The jail housed about 24 inmates in its time. Men downstairs, women upstairs.

"The original wood ceilings still remain, then came the iron bars in 1905," Tyler explained. "We had some characters here starting with Pirates caputred from the Albermarle Sound."

The names of its prisoners over the past two centuries are still scrawled on the jail's crumbling walls.

"This place had no frills, no bells no whistles," said Tyler.

"It was basically a nightmare," he said.

Over the past two years the jail has been meticulously restored by Edenton's Historic Commission.

"If you you lose sight of things like this that we came from we lose sight of what makes places like Edenton unique, this place has stories to tell," said Tyler.

A treasure encapsulating Edenton's rich past, one that will open for public tours in March.