Frustration grows as art studios get runaround on reopening 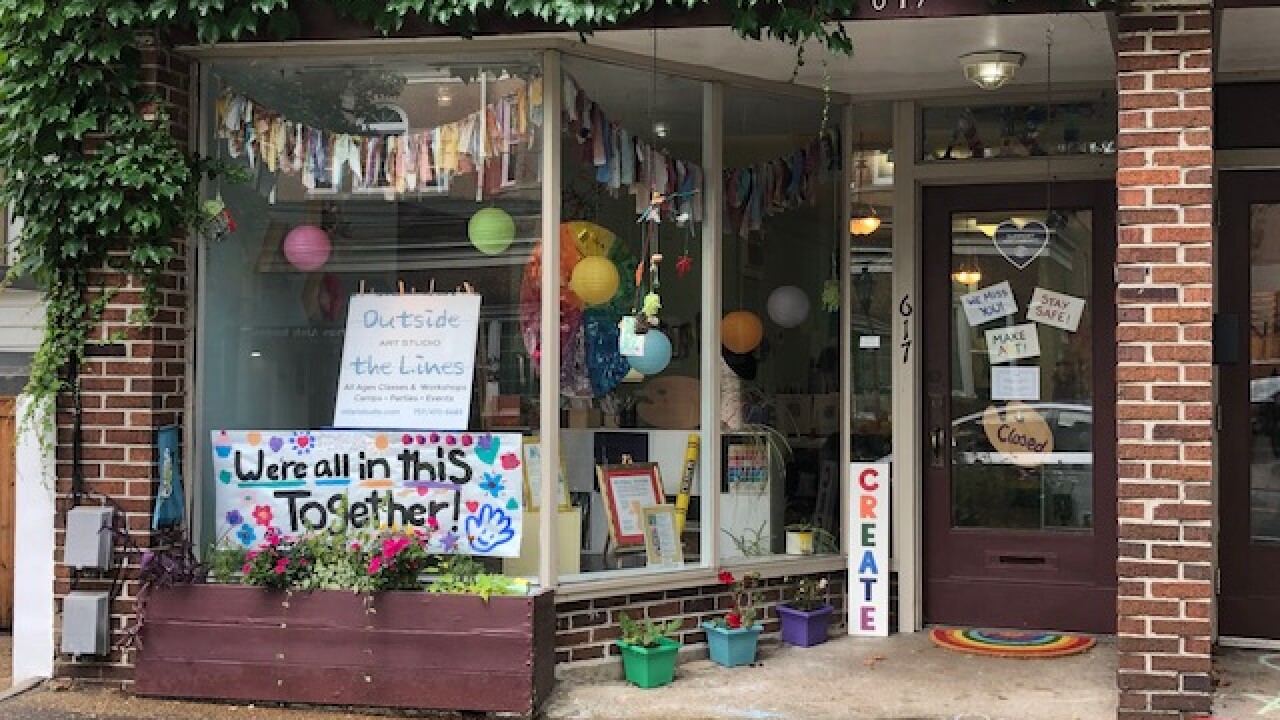 NORFOLK, Va. - In the last several weeks, confusion and frustration spread throughout the arts and crafts industry over state guidelines on when to reopen.

Melanie Cramer owns Outside the Lines Art Studio in Ghent. She said she’s been getting mixed messages on when she can teach classes again.

“I don’t think it’s been really fair. I think it wasn’t well thought out,” Cramer said. “You would talk to someone at the same office in the morning and get, ‘Sure - as long as you’re social distanced, you’re fine,’ and then that afternoon you would call back and get a different person and they would say, 'Absolutely not.'”

Eventually, Cramer said state officials in the governor's office told her she can only reopen as a retail shop in Phase 2, but not as a workshop. That meant she had to rethink her business model by selling home art kits.

Angela Lindauer owns All Hands Pottery Studio in Norfolk. She’s had to rent her pottery wheels just to keep the lights on.

Lindauer said sales in the last three months have been down by 90%.

“It is really disheartening when you’re just trying to stay afloat,” she said.

Adding to the confusion, some art studios have already reopened their doors to hold small classes.

“Part of the reason that some of these businesses may have opened is because the guidance isn’t clear and wasn’t clear from the beginning,” said Lindauer.

Art studios will officially be allowed to open back up for classes with restrictions next Wednesday, July 1.

The businesswomen are hoping to recoup some of their losses.

“The kids that come in here, their families are so supportive,” said Cramer. “I know once we are able to offer them something, they’ll be back.”

We’ve reached out to the governor’s office about the lack of direction for some art studios and have not heard back.

Meantime, any concerns about businesses operating outside the rules can be reported to the state department of health's Online Constituent Complaint Reporting Tool, or by calling 1-877-275-8343.