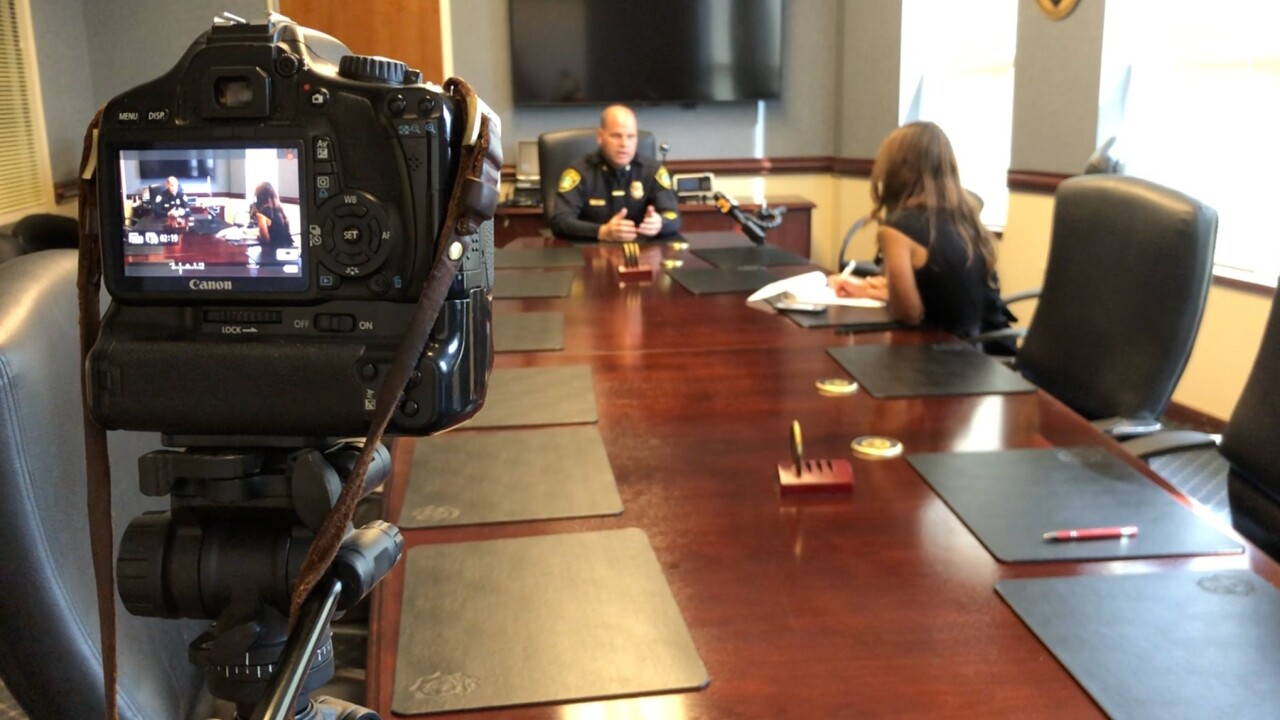 “The more you talk to people, the more information can be shared,” Drew said. “At end of the day, it’s about making the best police department for this city, for the citizens who live work and play here.”

Community conversations are something the chief has been doing since joining the department two years ago. He meets with community members and one day a month, does an interactive Facebook Live chat with them. For him, it’s a way to connect, improve relationships and the way they police.

On Tuesday, President Trump signed an executive order encouraging police departments to improve training. The action comes after the killing of George Floyd at the hands of police last month.

The order calls for a nationwide ban on the use of choke holds except when an officer’s life is in danger.

All police departments in the seven cities across Hampton Roads tell News 3, chokeholds are not used by officers. Norfolk’s Police Chief Larry Boone recently banned the demonstration of the technique.

The departments also said they’re already doing most of what the order calls for, including regularly reviewing policies and training practices and tracking police misconduct.

According to Chief Drew, of the 180,000 calls they responded to last year, there were only 86 complaints. Still, Drew said he’s had to fire seven officers under his watch.

“It’s not something I enjoy doing,” he said. “It’s difficult, but I think we have to protect this organization and our trust and transparency, and our community needs to know that.”

The chief said they also regularly evaluate body-worn camera footage of citizen interaction. Additionally, they have a Use of Force Review Board that citizens sit on and require double the amount of training for officers.

The president’s order also has social workers and mental health professionals responding with officers on calls dealing with homelessness, mental illness and addiction.

Local departments tell News 3 they don’t do this practice now, but some of their officers are specially trained in crisis intervention.

“It’s something nontraditional we haven’t done in the past,” said Drew. “Even in law enforcement, it’s trying to find the best way to do that.”

Chief Drew said he recently submitted a proposal to the city for funding to have mental health professionals and officers respond to certain incidents together, and he’s hopeful it’ll get approved.

For much more information about policies and procedures from each department, click here.