People stock up on supplies for potentially active hurricane season 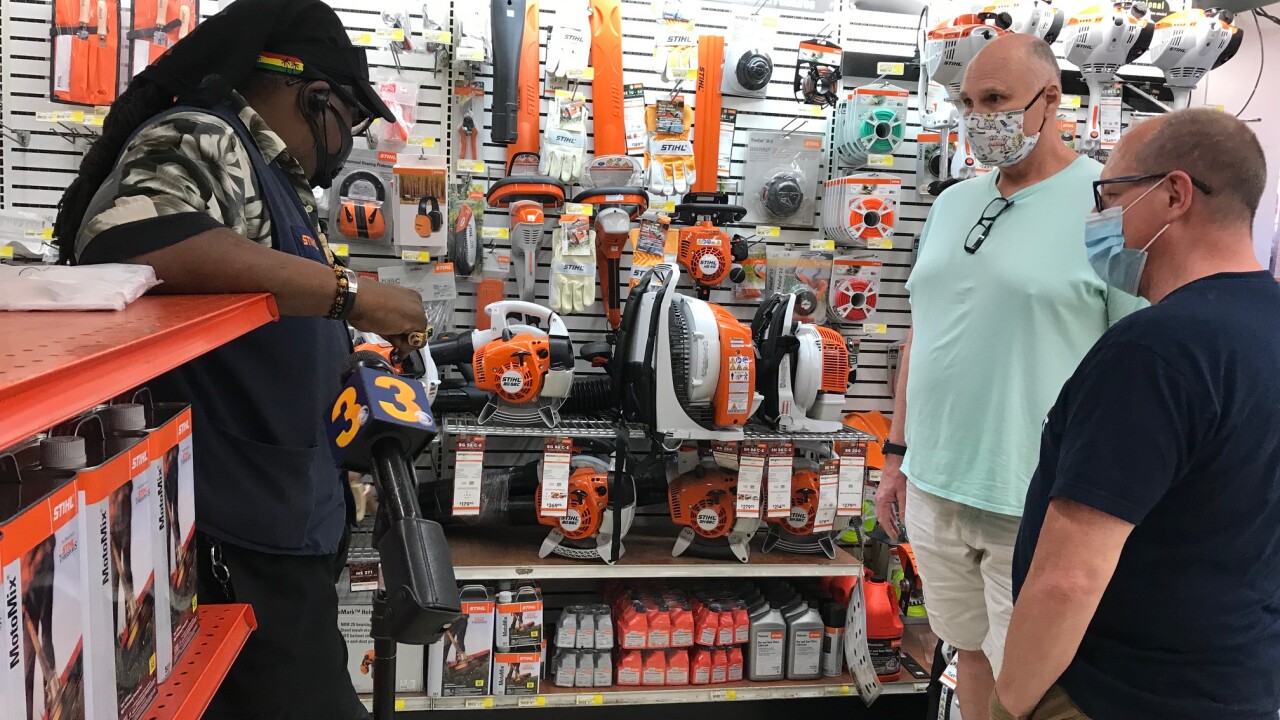 RJ Jewett and Thomas Bush stopped by Taylor’s Do it Center in Norfolk to buy a chainsaw. 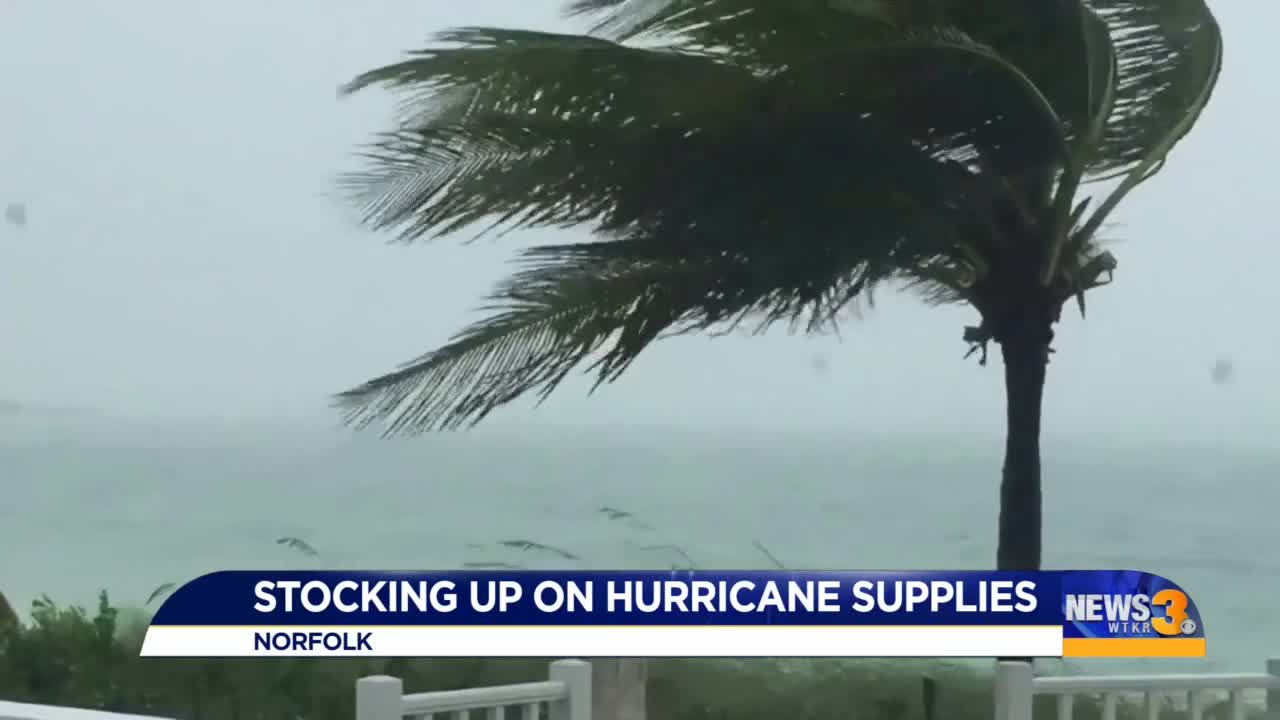 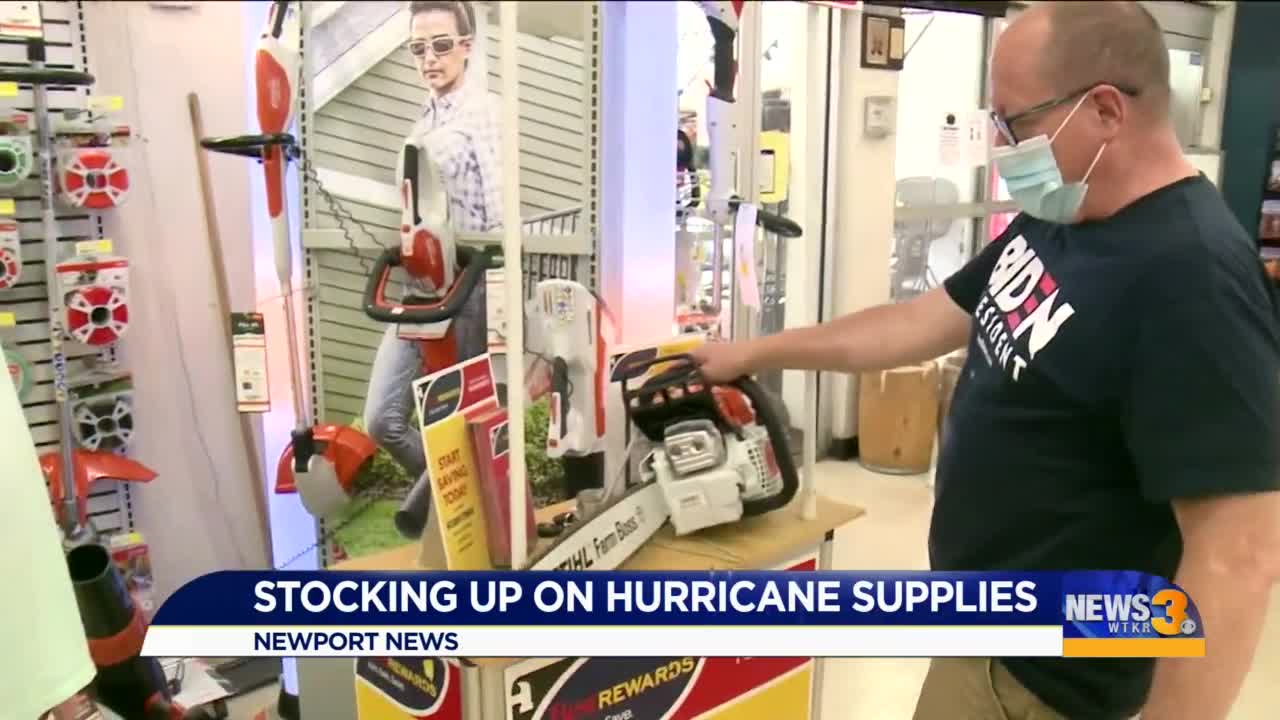 NORFOLK, Va. - With the 2020 hurricane season expected to be an active one, many people were stocking up on supplies at Taylor’s Do it Center in Norfolk Sunday.

RJ Jewett and Thomas Bush made a pit stop at the hardware store on their way home to Cambridge, Maryland on the eastern shore.

They came into the store for a chainsaw more than a week after Tropical Storm Isaias made its way up the eastern coastline spawning dozens of reported tornadoes, including one through their neighborhood.

“In our backyard, a great big tree that’s rooted in a small stream just came up,” said Jewett.

“We were lucky that the trees that fell, fell up on the hill toward our house, but it was a ways away so we just need to cut it up,” Bush said.

Forecasters predict this Atlantic hurricane season will be one of the most threatening with a couple dozen named storms.

If weather experts are right, 2020 would be the second most active season behind 2005 which brought Hurricane Katrina.

“You could be prepared, or you could be afraid,” Eggleston said. “There’s nothing to be panicked about.”

Eggleston stocked up on hurricane supplies in May.

“You want to start early instead of waiting two days before the hurricane hits when everybody is trying to stock up,” he said.

Taylor’s Assistant Manager David “Doc” Price said the store has everything you need to prepare for when a storm hits.

“We have the rope; we have the bungee cords,” Price said. “Batteries, gas cans, generators, tarp, zip ties.”

The big-ticket item this time of year is a generator. There was only one left in the store Sunday, but several more are on order and will come in by mid-week.

Price said he’s already sold 10 generators over the last week and a half.

Price is hoping this hurricane season doesn’t shape up to be as bad as predicted.

“Virginia has been very lucky,” Price said. “Hopefully, we’ll still be lucky as far as the rest of the hurricane season goes.”