Local mobile organization provides free showers to those in need 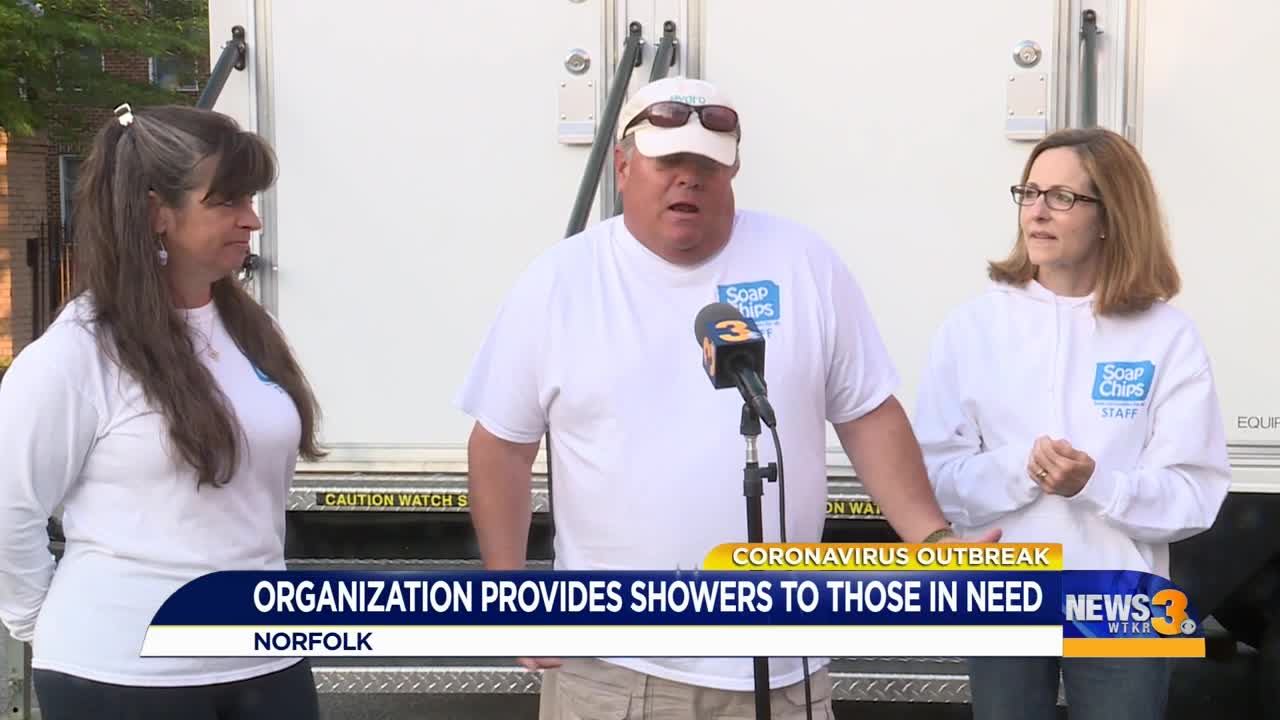 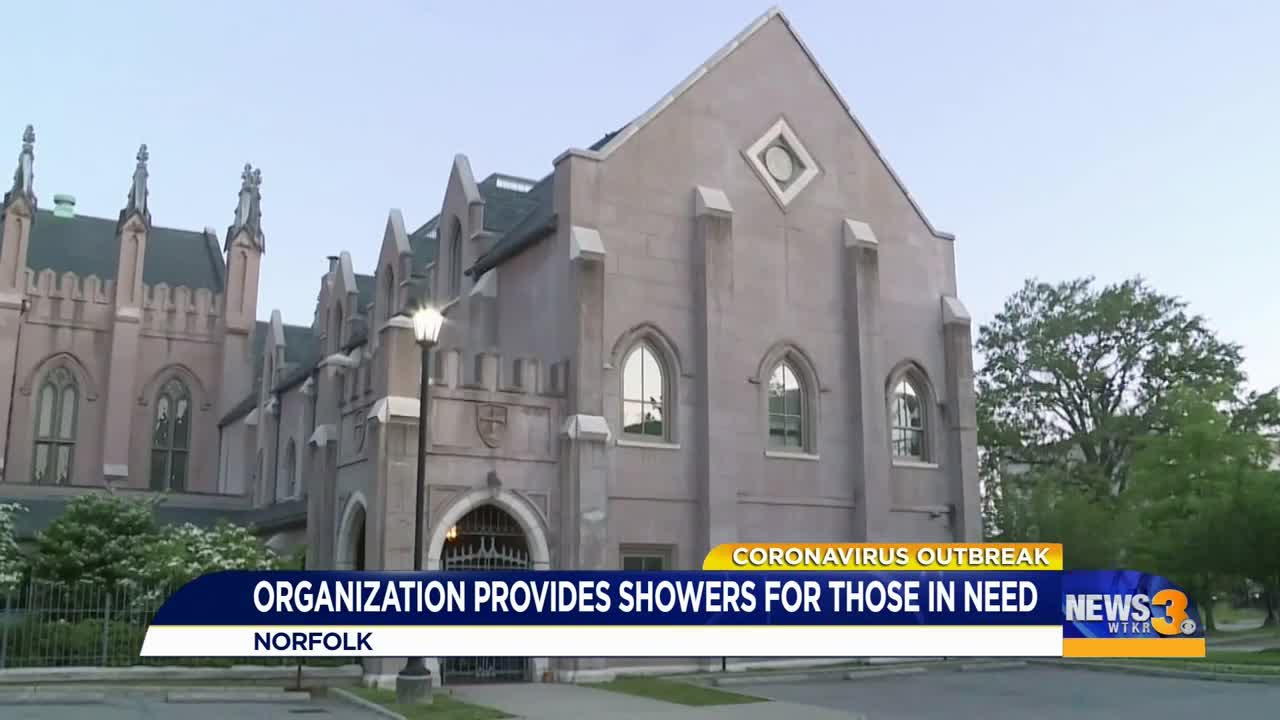 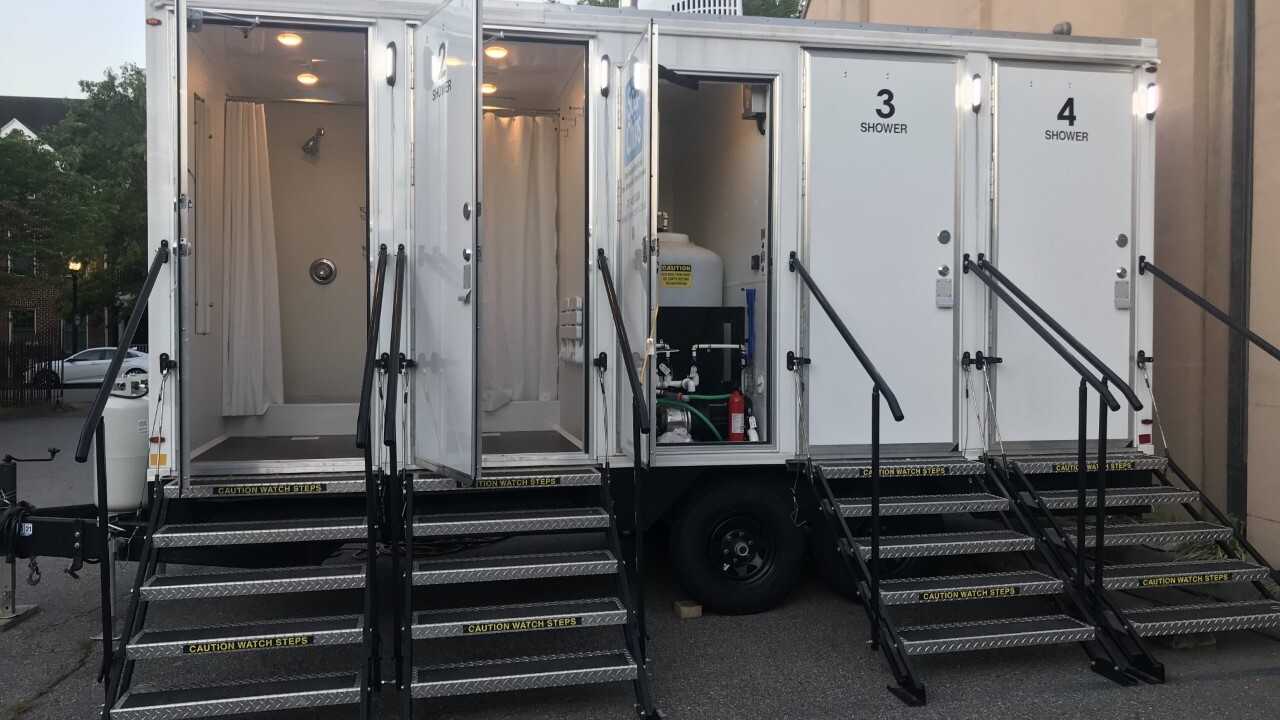 NORFOLK, Va. - A cluster of showers was stationed at the Freemason Street Baptist Church Saturday morning -- showers that travel throughout Hampton Roads and bring warm showers to those who do not have access to one.

The portable showers are made possible by the local non-profit organization Soap Chips. The organization describes itself as a ministry to help the homeless, but has been active during the coronavirus pandemic, also known as COVID-19, as shelters closed their doors to new guests to prevent the spread.

"You have to realize you're bringing a simple pleasure into somebody's daily life," Randy Colthorpe, an organization volunteer, said.

The organization was started in 2014 by Clay Culbreth. He started with a different trailer, he said, than the one Soap Chips uses now.

The trailer contains four shower stalls, each with doors, a space with a plop-down seat to change, and a shower with curtain. Water is dispensed from tanks.

"Folks that are in need that are looking for food and shelter don't always have access to a clean, comfortable shower," Culbreth told News 3. "So in this particular instance we take this to where they are versus them having to find one on their own."

According to its website, Soap Chips derived its name in reference to the "leftover" pieces of soap that "you do not want to throw away and are still useful but are hard to make use of."

The website continues to explain that the homeless are "all too often looked upon as soap chips," but that they are "very valuable to each of us."

"You're putting a smile on their face and you're making them feel so good, especially when the weather is inclement or cold," Colthorpe said. "They're charged and ready to go and face the day, and a lot of times those days are pretty tough for them."

The shower-trailer currently sits atin the parking lot next to Freemason Street Baptist Church in Downtown Norfolk. The trailer has stood there since the start of the pandemic.

"The biggest benefit that we see is watching the community come together to support one another," Stephanie Van Leeuwen, the minister of church and family outreach, said. "That's what it's all about, that we're all in this together."

Van Leeuwen added that those who attended and get a shower are also given a meal. The church provides meals on certain days and certain times.

There is a 15- to 20-minute time limit for the showers. Guests will receive a bag of toiletries that include soap, shampoo, lotion, even a razor for those who have beards, among other items. They will get a t-shirt, undergarments and a pair of socks.

Soap Chips is also practicing social distancing guidelines amid the pandemic. Culbreth said the trailers being outdoors is one way they are able to meet those guidelines.

"The theory that I deserve a shower and they don't, that's not reality," Culbreth said. "The reality is, we all deserve to be clean."

The shower trailer operates Sunday, Tuesdays, and Fridays from 9 a.m. to 11 a.m. Culbreth said the organization is always accepting help from volunteers. It is also accepting financial and item donations, like soap, towels, deodorant, among other items.

Click here for more information on volunteering or donating to Soap Chips.