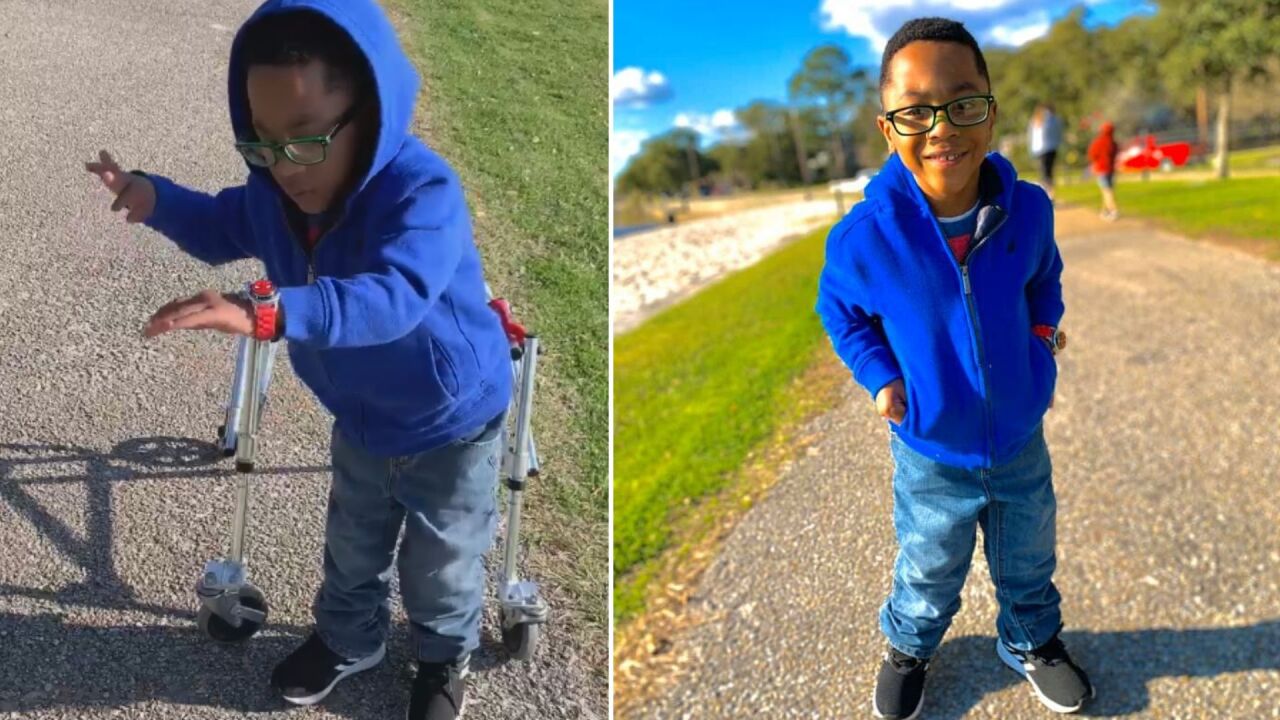 CBS News reported that a 5-year-old boy with cerebral palsy went viral after his mom shared a video of his first steps two months after surgery. This isn't the first time Merick Williams Jr. - aka MJ - has overcome great odds.

In 2018, MJ's touchdown during his little league football game inspired people across the country in a viral video! The video, MJ's coach is seen helping him into the end zone as his team cheered him on.

"If you would have saw the look on his face when he crossed the goal line, it was amazing," the team's head coach Jamar Martin told CBS affiliate WAFB-TV at the time. "Everybody was there to cheer him on. The fans in the stands were cheering him on. The moment was priceless."

The Hawks little league football team in Greensburg, Louisiana, strives to make sure each of its players, including MJ, is treated with respect, Martin told CBS News. "I've coached a lot of Hawks, but I've never coached a warrior until MJ," he said.

His mom, Kayla Nichols, posted the video on Facebook. "His recovery was a tough process to get through but it was all worth it," Nichols wrote. "We been through a lot to even get to this point, never gave up on him, even when times did get rough and I never will! A true definition of a Miracle Baby!"

Doctors anticipate MJ will be able to walk fully on his own sometime in the future, CBS News reports.