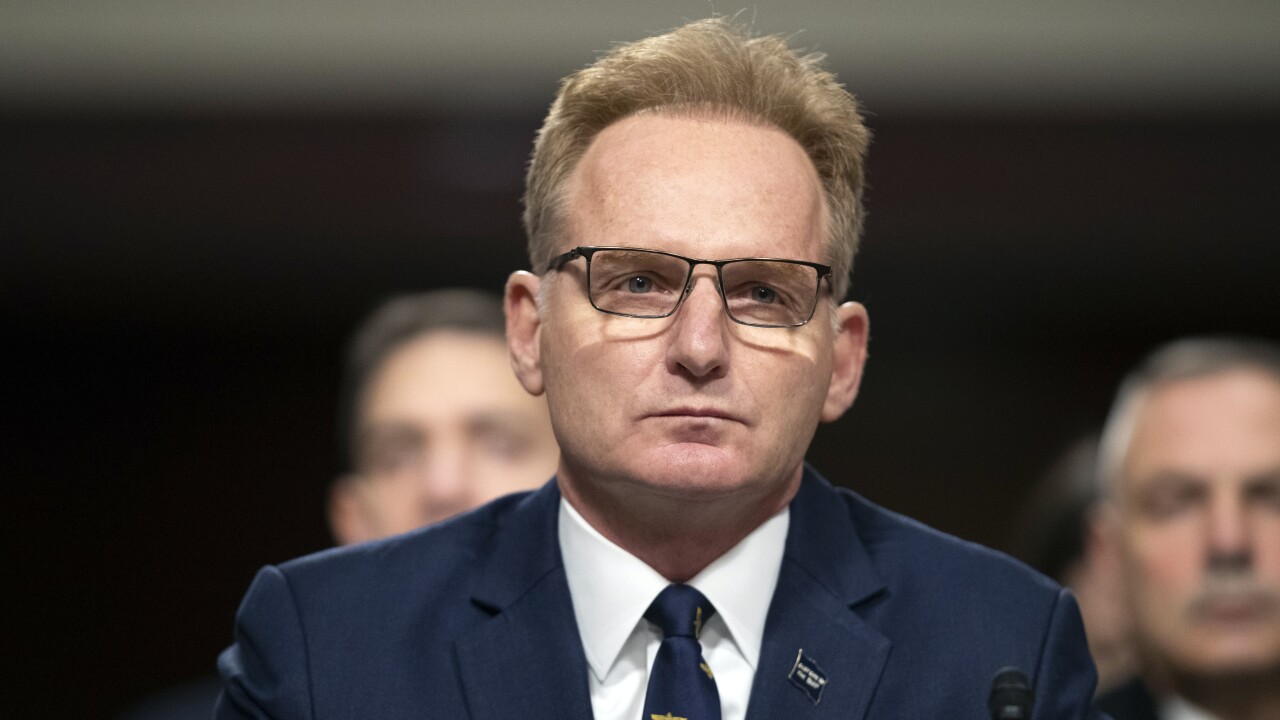 Alex Brandon/AP
FILE - In this Dec. 3, 2019, file photo, acting Navy Secretary Thomas Modly testifies during a hearing of the Senate Armed Services Committee about about ongoing reports of substandard housing conditions in Washington, on Capitol Hill. Modly says the captain of the COVID-stricken aircraft carrier who was fired last week had betrayed his service and may have been “too naive or too stupid” to be commanding officer of the ship. Officials are confirming that Modly made the comments Sunday, April 5, 2020, to the ship's crew in Guam. (AP Photo/Alex Brandon, File)

WASHINGTON (AP) — Acting Navy Secretary Thomas Modly says the captain of the coronavirus-stricken aircraft carrier who was fired last week betrayed his service and may have been “too naive or too stupid” to be commanding officer of the ship.

Hours after the comment was widely reported in the news media, Modly issued an apology for his choice of words.

I want to apologize to the Navy for my recent comments to the crew of the TR. Let me be clear, I do not think Captain Brett Crozier is naive nor stupid. I think, and always believed him to be the opposite. We pick our carrier commanding officers with great care. Captain Crozier is smart and passionate. I believe, precisely because he is not naive and stupid, that he sent his alarming email with the intention of getting it into the public domain in an effort to draw public attention to the situation on his ship. I apologize for any confusion this choice of words may have caused. I also want to apologize directly to Captain Crozier, his family, and the entire crew of the Teddy Roosevelt for any pain my remarks have caused. They, and the entire Navy, have my full commitment that I will continue to help get the TR back to full health and back to sea where we can move forward beyond this unfortunate situation.

Thomas B. Modly, Acting Secretary of the U.S. Navy

The handling of the coronavirus crisis aboard the USS Theodore Roosevelt has become a crisis for the Navy.

Last week, Modly relieved Capt. Brett E. Crozier of command of the ship, saying he had used poor judgment in widely distributing a memo pleading for an accelerated evacuation of the crew.