After 15 years at sea, Navy logistics, support ship returns to its new home 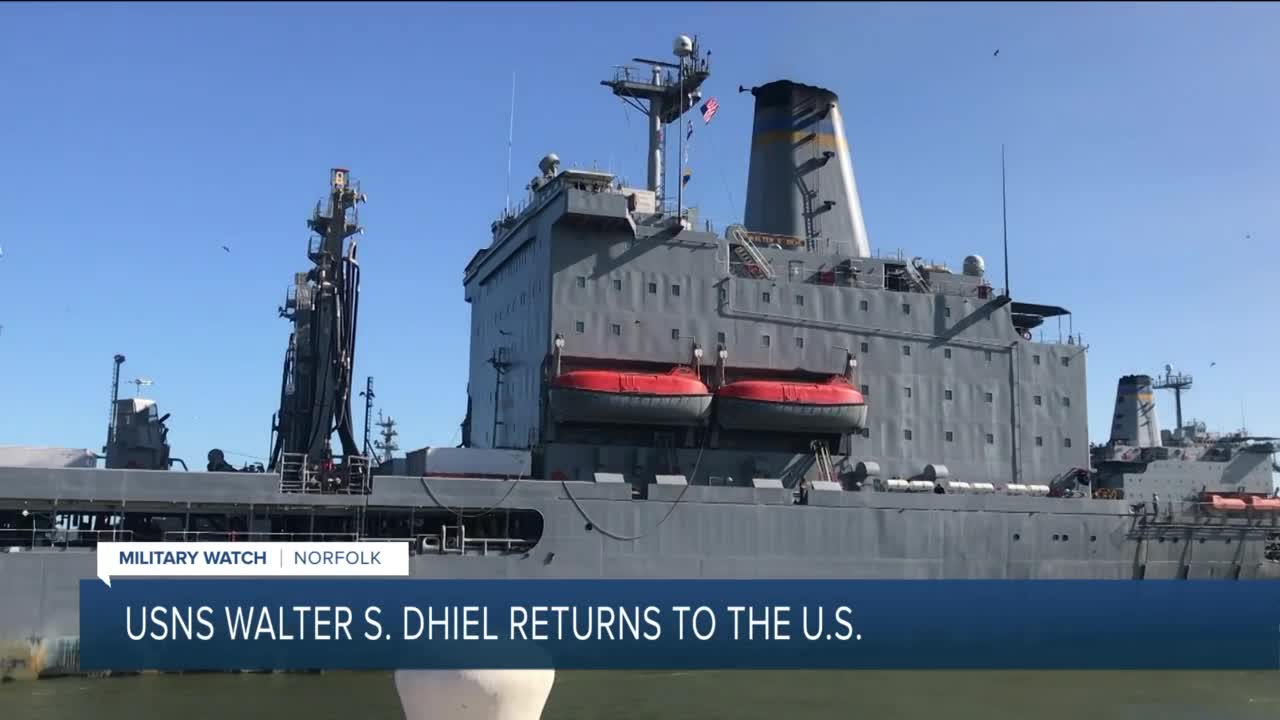 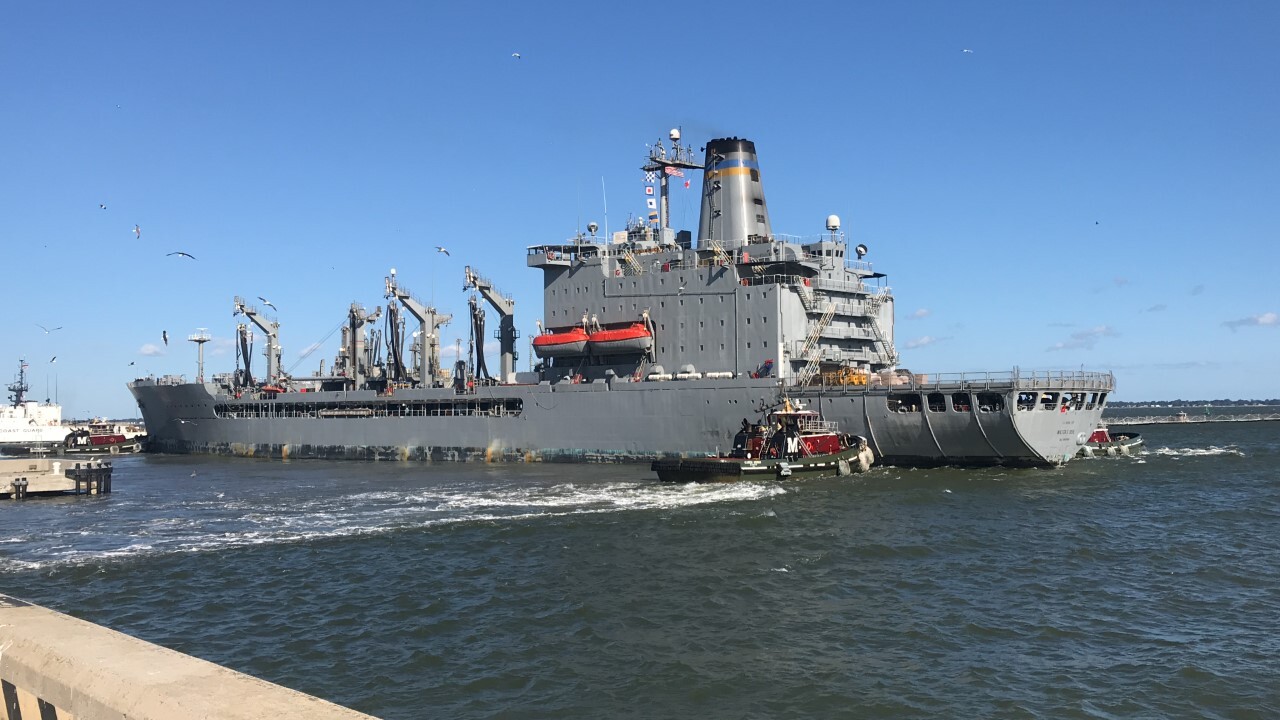 NORFOLK, Va. - It's been 15 years since the USNS Walter S. Diehl, a military sealift command ship, left California to provide logistics to U.S. Navy fleets, but it returned on Sunday to the United States to its new home at Naval Station Norfolk.

“It's really good to finally put Walter S. Diehl in the continental United States,” Captain Andrew Chen told News 3 by phone after the ship pulled in. “Very rarely does a ship spend so much time overseas."

Chen oversaw the ship in its vital behind-the-scenes roles, 74 times to be exact. The ship left in 2005 from its former home in San Diego.

"We have a combat logistics force that directly supports carrier strike groups, surface action groups,” Chen said. “So wherever the Navy is, MSC is right besides them, literally."

It provides fuel, jets, ammunition, spare parts, food and mail for the other ships, among other functions.

The crew onboard is not Sailors, but civilians known as civil-service mariners.

"Astonishingly, one out of every five ships in the Navy is manned by civil-service mariners,” Chen said. “We're rarely seen but always felt."

Without them, the Navy just would not function properly.

"We would have to go back to actually pulling ships into port for fuel and stores, which would greatly reduce our forward presence around the world,” Chen said.

Their arrival coincided with the ongoing coronavirus pandemic, but Chen said they have been able to stay healthy.

Nonetheless, it's mission accomplished for them.

“The ship is just an object, but it comes alive with the crew, and I'm really proud of my mariners,” Chen said.

The arrival is also perfect timing, because Chen said his birthday is this week.